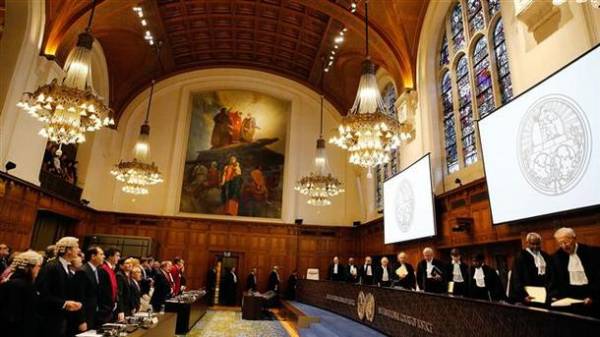 The Russian side in the International court of justice does not deny that lethal weapons supplies to East Ukraine, though this is not counting the violations of the Convention for the suppression of the financing of terrorism. This was stated by the representative of the Ukrainian delegation to the International court of justice Professor Harold Honju CoE hearing on the claim of Ukraine against Russia on Wednesday in the Hague, reports “UKRINFORM”.

“If you listened carefully to the presentation by Mr. Wordsworth (Russia’s representative in court – ed.) then you heard that he never denied completely the important fact that Russia is supplying lethal weapons to the groups for attacks against civilians in the East of Ukraine”, – said the representative of Ukraine to the International court of justice, speaking with negations published on the eve of Russia’s position.

Evaluating the explanation of Russia’s relatively “non-participation” in financing terrorism in Eastern Ukraine, CoE called the position of the defendant “legal gymnastics”.

We will remind, on March 6-9 in the International court of justice held a hearing on the case on the claim of Ukraine against Russia.

This hearing devoted to Ukraine the request for the indication of provisional measures to prevent the continuing violations by Russia for trial on the merits.