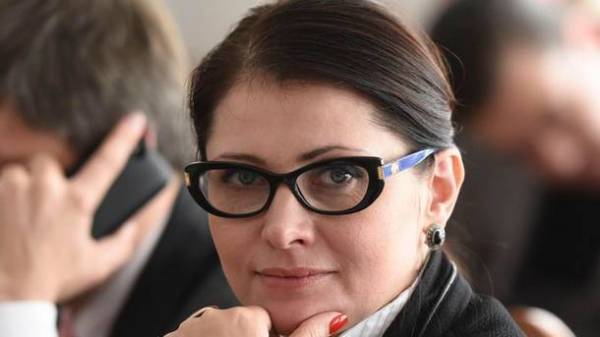 The head of the Subcommittee on security of state information systems of the Committee of the Verkhovna Rada of Ukraine on issues of national security and defense Irina Friz considers appropriate saving format of the Minsk agreement to continue international support in the confrontation of the aggressor country.

“On the Minsk agreements built all the sanctions policy of the EU and the US. Our Western partners do not insist on changing neither format nor content of the agreements. Ukraine is in the process of restoration of peace and the return of the territories is working with Western partners and the partnership any solution must be agreed. The common position is, in particular, that there is no certainty that Russia will sit at the negotiating table and will participate in the discussion in a new format or with a different content of the agreement. Extending format of negotiations is not possible without preliminary negotiations with Washington that were not possible during the election campaign in the United States and required to complete the formation of the new Cabinet. The potential failure of the negotiations on this issue will simultaneously lead to the destruction of the Minsk agreements and the loss mechanisms of containment of Russia through sanctions and pressure,” wrote the people’s Deputy of fraction of party “Petro Poroshenko’s Block” the Frieze on his Facebook page on Wednesday.

She also expressed the belief that raising the question of waiver of the Minsk agreements and initiate a new (broken) format of negotiations is dangerous and harmful to national security.”

In addition, according to I. Frieze raising the question on changing the format or contents of the agreements will be used for the prosecution of Ukraine in the output of the process or its violation, which will lead to a weakening of our international position. And, in her opinion, today the Minsk agreements – a document on which rests the international community in the conflict resolution process (war) in the Donbas.

“The thesis that the Minsk agreement do not work – not true, because the failure of Russia and the puppet “DNR/LNR” their conditions are constant emphasis our partners in addressing issues of renewal of sanctions against the aggressor and the election of the foreign policy strategy of the Kremlin. I think that for a few years, despite the constant speculation, the elections in the occupied territories is not conducted and there are no signs of their preparation,” – said the MP.

The politician noted that economic sanctions are the most effective non-military mechanisms for coping with the country-aggressor. The issue of the release of the hostages and the ceasefire is purely a question of a political solution of the Russian Federation.

“There is no legal model that would provide guarantees implicit implementation of the peace agreements, the country’s leading hybrid aggression in the entire European region. Today there are two models of conduct. West which is in compliance with the obligations forms the image and the credibility of the country and other issues. Russian – which is the total destruction of international law, agreements and rules. Personally, I see no alternative to the Western model,” summed up the Frieze.