Of wealth and luxurious living is a dream of many, even not knowing the seriousness of the ownership status. Young millionaire Duncan Reich, who made a tidy sum at the age of 27 years told, what are the difficulties and misconceptions about the wealthy, reports ain.ua.

Money will not make you happy

“I had a fashion house for a million in mountain view (where Google is sitting). On it hung a small loan but I could pay it. I had a house in another country. Was a luxury car, which I bought for cash. Attractive wife. I was very respected at work. I was able to work where you wish. High salary, income options and so much money that I didn’t know where to spend them,” says Reich.

But I had a feeling of anxiety and dissatisfaction. On some level, my struggle to succeed was nourished by the belief that suffering will go away, it is only necessary to become quite wealthy. I have my own learned that once basic human needs are satisfied, the level of satisfaction and happiness is no longer dependent on the amount of money.

In fact, wealth can only worsen the situation.

I used to believe that all people are actually reasonable and good. But now I never help people who don’t ask for my help. And even then I only do what they are asking.

Also I try to help but this didn’t really hurt me financially, and would require minimal spending money, time and effort.

There is always someone richer than you

If you measure wealth by how much you have property, there are always people who have it more, and you will always feel that you fall short.

If it hurts you, you will never reach some magical correct amount of capital, which will allow you to finally understand your own value.

The secret is to calculate how much money you actually need to meet basic needs to maintain a reasonable lifestyle. How much money will be needed for financial independence?

Luxury is a drug

Luxury gives us a sense of success, of winners of life, the feeling of not survival, but prosperity. Like an opiate in the brain, luxury grabs in our receptors that are responsible for survival. The irony is that purchase of luxury items and the dependence on them leads in fact, to waste those resources that are actually necessary for survival.

In addition, says Reich, the dose of the drug with time, and have increase, and, as U2 sing, “You’ll never get quite what you need.” If you have a Porsche Cayenne Turbo, are you dreaming about Bentley Bentayga.

It turns out that the real measure of wealth is a discipline and frugal life, investment, not the cost of repair, not a purchase, the opportunity to live longer without having to work.

Some people are very superficial

I know many people with huge capital. Most of them spends time in pajamas, flip-flops, shorts. It is impossible to distinguish the rich man by his clothes. You also cannot judge a man’s wealth by the number of available money.

All respect the rich

People often treat me differently when they realized how much money I have. Money announce to the whole world that you are successful, regardless of your achievements in other spheres of life.

I also knew new people, prone to arguments about the futility of money and that all rich people are assholes. Later I saw these same people are trying to make money, how noticeably to spend money and to ask this.

Most financial advisers do not understand the question

I realized that most of the guys on wall Street is also at odds with reality, for one reason or another they are not able to adopt the most effective solutions.

I started reading about investments. The most valuable thing I read, I found Warren Buffett. According to him, if you don’t have time or interest to track private equity, it is better to invest in mutual funds or stocks included in the indices.

Banks fleeced the rich and

I translated a lot of money between countries, had access to banking services that are designed to help the rich to move capital without effort. After a few cases, significant costs during such transactions, I more carefully looked to them. And found that despite the fact that banks do not take Commission for transferring money between countries and currencies, they are adding spreads to exchange rates. This spread is so significant (several percent), they’re making a good income from a single transaction.

For example, if you transfer in another currency than $1,000,000, the Bank for the unsuspecting user can add the spread to 5%. So the whole deal will cost an additional $50 000. This is a completely unnecessary costs.

I have written many checks with six zeros. I think if we are talking about seven, eight, ten zeros feelings are the same. You just write the number on the check.

The biggest obstacle to earn a limited perception

I talked to many about wealth and money. I have formed a very strong belief that a person’s income is almost completely determined by the perception.

“Money decides everything” is overrated

You can have all the money in the world, but left alone with their desires, without the deep inner work under the guidance of a psychologist or coach, you are likely to spend time in vain.

To be rich is a full-time job

There is the silly idea that as soon as you have a lot of money, you can lie down and relax. It’s true to some extent. You have more choices. However, there is more assets to manage, protect, maintain. Are you afraid of ships, so take the insurance. You hire people that will perform for you, you will have to manage them. To delegate is very difficult.

“To get rich is difficult. Proceed with caution,” advises Reich. 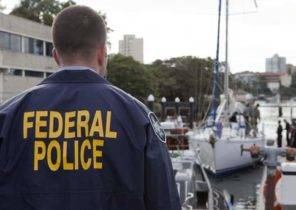