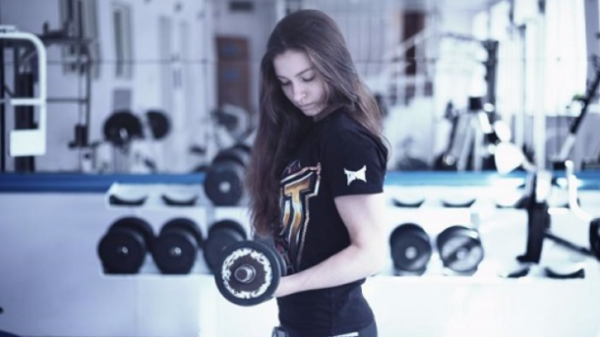 Cellular replicative senescence is associated with loss of ability of cells to divide. About how physical activity can slow the aging process at the cellular level, scientists know little. The mechanisms responsible for the positive effect of exercise are not yet fully understood. It is not surprising that researchers ask questions, how to recover components of the cell, degrades with aging, and is it possible to slow the process with exercise, writes likar.info.

Recent scientific experiments, published in “Cell metabolism”, showed that the increase in mitochondrial capacity cells may slow aging of our body. The mitochondria is the only source of cellular energy. Located in the cytoplasm of every cell, mitochondria are comparable with batteries, which produce, store and distribute essential for cell energy. Human cells contain an average of 1500 mitochondria. They are particularly numerous in cells with intensive metabolism (e.g. in liver). Over time, the ability of mitochondria to produce energy is gradually reduced.

Dr. Nair, studying the problem of diabetes at the Mayo Clinic in Rochester (USA) and a team of scientists of the University of Oregon (University of Oregon) conducted an experiment among 72 people of different age groups from 18 to 80 years. Volunteers offered three sports programs:

Researchers evaluated the molecular composition and the level of muscle mass, and insulin sensitivity. It turned out that the weight training effective for building muscle mass, is not so effective in the issue of slowing down the aging of cells. But high-intensity interval exercise had the greatest influence on a cellular level.

What classes are slowing down old age

Comparing the data of proteomic and RNA-sequencing (determining the primary structure of the molecule RNA or ribonucleic acids) in groups, the researchers found that exercise induce cells to produce more RNA copies of genes coding for mitochondrial proteins, and proteins responsible for muscle growth. The effect of the exercises also received ribosomes – intracellular particles that play a vital role in protein synthesis.

Young volunteers, who were engaged in interval training, has demonstrated an increase in mitohondrialnoj ability 49 %, and most surprisingly, in the elderly group, the percentage reaches 69%.

Physical activity is also important in maintaining protein production. Muscle cells, heart cells and brain is not divided often. This means that functions slow down and we age. As explained by Dr. Nair, unlike liver, muscle cannot be restored. If physical exercise will be able to restore or minimize the destruction of mitochondria in muscle cells, this will give a good chance to maintain or rehabilitate other tissue.

In addition to the increase in mitochondrial capacity, interval training also improved insulin sensitivity, reducing the risk of diabetes. However, this type of exercise was less effective for increasing muscular strength.

We will add that in this study paid attention to the duration of training with the aim of increasing mitochondrial capacity. Also, scientists did not aim to find out the specific types of physical activity slows aging.