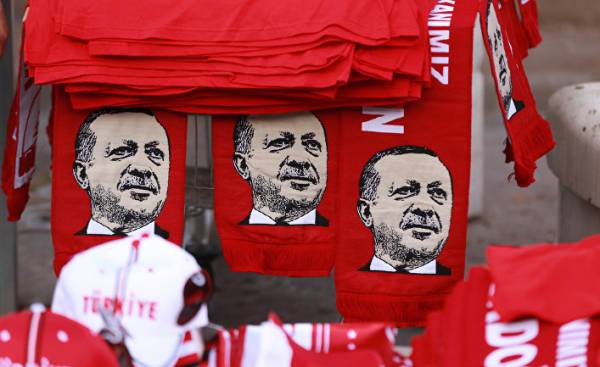 In Turkey, the debate continues on the development of relations with the Russian Federation. Experts believe that moving in this direction, the Turkish President Recep Tayyip Erdogan is putting pressure on NATO to get out of his control.

Erdogan’s visit to Moscow scheduled for next Friday. The focus will be questions of settlement of the Syrian crisis, the actions of the Turkish forces in Syria. However, Russian experts are talking about an unprecedented transaction for the purchase of weapons that would definitely piss off the allies of Turkey.

Experts say that Erdogan will discuss with Putin the possibility of purchasing missiles “C”series.

As noted by the expert in the field of military industry Arda Mevlyud Oglu, the most important result is the improvement of Russian-Turkish relations and Turkey’s intention to obtain Russian air defense systems s-400.

Turkey had already been irritated by such actions of NATO. At the time, the hasty Alliance has opposed the transaction on the purchase of weapons in China.

It seems that attempts to change the national security system of Turkey is not very pleasing to NATO and do not fit into its expansion plans to the East. The Alliance really put pressure on Turkey so that she refused to deal with China for the purchase of missile defense systems in 2013.

Turkish President directly addressed this issue during his visit to Beijing in 2015. However, despite its constant interference in this process, Erdogan still was forced to retreat: the USA threatened a curtailment of the Patriot missile systems in southern Turkey. So Erdogan was forced to maintain allied relations with NATO.

Intensification of contacts of Erdogan with the leaders of the BRICS countries, according to analysts, reflects the new orientation of Turkey.

BRICS includes Brazil, Russia, India, China and South Africa. They are all rapidly developing countries, occupying 30% of the world area and 42% of the population. From the point of view of the economy all together, they far exceed the world’s largest economy — the us.

While politicians support the movement of Turkey to the East, Western experts argue that Turkey has the second largest army in NATO, can’t do without the West and rapprochement with Russia. New ambitions Erdogan is nothing more than an attempt to put pressure on its allies to gain political dividends.

According to Russian experts, the Russian-Turkish honeymoon may not become a full-fledged Union. The processor of political science at Moscow University Gus Karim claims that “Russia wants to use its relations with Russia only as a tool. The real intention of Russia is to continue warm relations with Turkey, and to spoil the honeymoon for the European security”.

Analyst and a former military Advisor in the Ministry of foreign Affairs Mutein Gurdian says Turkey like tracking down the situation in the West, will Russia be able to relate their understanding of security with NATO, but flirting does not turn into a real Union.