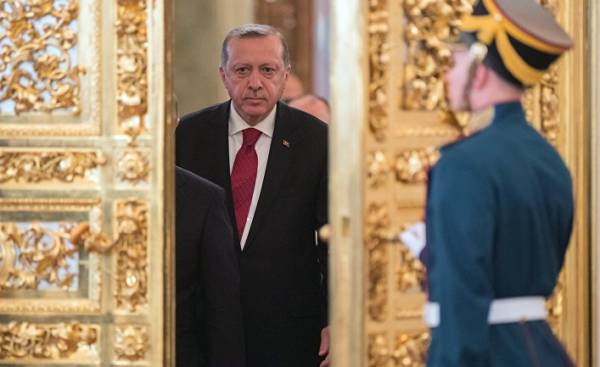 Turkey and Russia are successfully maintained their political and economic relations, despite the fact that were on different fronts in Syria. However, the crisis associated with the destruction of the aircraft 24, 2015 had a negative impact on relations between the two countries.

After President Erdogan by sending a letter to Putin, expressed regret over the downed plane 27 June 2016, have been taken serious steps to restore political and commercial relations between Ankara and Moscow, and for building cooperation in the settlement of the Syrian crisis.

At this stage, Turkey and Russia continue to develop bilateral relations in trade, tourism, economy, while in the Syrian issue, the two countries are convinced of the need to act according to their national interests.

Last Friday, March 10, President Erdogan and his accompanying delegation made a crucial visit to the Russian capital Moscow.

After the talks, which lasted for one and a quarter hours, took place the meeting of the “Council of high level cooperation” of Russia and Turkey.

While in the bilateral relations Turkey and Russia are pursuing a sincere policy based on realistic abstracts in Syria, their relations are much more sensitive, because the country is guided by its national interests.

The most important themes relating to the future of Syria that we are unable to reach agreement with Russia, the defense of the Party “Democratic Union” (PYD) / people’s protection Units (YPG) in the North of the country.

Russia said to Turkey: “We won’t oppose you on the side of the armed terrorist organizations.” However, on the issue of the PYD/YPG is she not us is the desired position.

In addition, Russia sent to Syria two battalions formed from soldiers of the Chechen-Muslims in order to support the Syrians. This dangerous situation must be treated very carefully.

In explaining the reasons for sending this group of Chechens it is noted that the non-Muslims, the Syrian people may be differently treated, so Syria has sent two battalions of Chechens-Muslims. One of these battalions is in Aleppo and another near Damascus. It is reported that the battalions were sent to protect the Sunnis and to provide General security.

The participation of the Chechen battalions fighting in Syria after Iran’s military and Hezbollah is more dangerous expansion of the ideological conflict in the Arab-Muslim countries.

We have serious differences on the Syrian issue with the US and with Russia.

Russia fights ISIS (banned in Russia — approx. ed.), but along with it to protect the Assad regime, all the forces fighting with many such groups as the Free Syrian army supported by Turkey.

US opposes ISIS, but they are strongly allied with the PYD/YPG.

Turkey resists both ISIS and PYD/YPG.

All in Syria against ISIS, but besides that cannot agree on any matter, especially regarding Assad.

Different countries have different priorities. Therefore, the settlement of the Syrian issue in the short term it does not seem possible.

The operation “Shield of the Euphrates” prevented the creation of the corridor the PYD, but now it seems clearer map of Syria (for the period after Stripping LIH).

With the support of Russia and the United States the influence of the PYD in the North of the country grows daily.

Even Assad, who had previously stated that he opposes Kurdish autonomy, apparently, agreed to this.

The fact that Russia will have a strong influence in the political future of Syria, as clear as day.

Russia determined to support the Assad regime in Western Syria, and the United States openly taken under the wing of the PYD/YPG in the North.

Turkey has a major potential strength as an opportunity to become a patron of the 80% Sunni population in the North-East and the South of Syria. 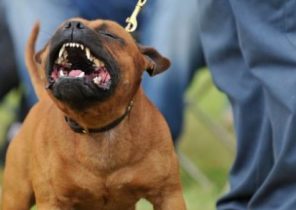