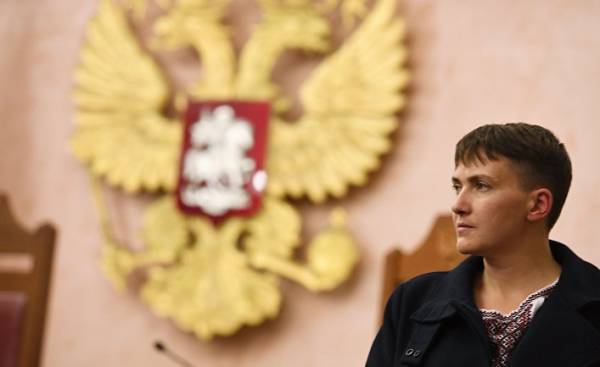 Three years after the overthrow of President Viktor Yanukovych, the movement to greater stability in Ukraine is still far from complete. After a few days of Crimea will celebrate the third anniversary of return to Russia, and no international negotiations do not question Moscow’s actions on the Peninsula. The second Minsk agreement (signed in 2015 Ukraine, Russia, Germany and France) are still not met, and the conflict Ukrainian government and the rebels in the East of the country increasingly delayed. To date he has already claimed the lives of more than 10 thousand people.

Anyway, the Pro-Russian militias in the Donbass and the confrontation with the big Eastern neighbour — not only the concern of Kiev. The actions of the government Poroshenko met growing opposition inside the country, in both political and social terms. The apparent failure to achieve a settlement of the armed conflict imposed slowness necessary for the economy to reforms, while the fight against corruption is doomed to failure. With the protests on the Maidan three years have passed, and the angry cry of dissatisfaction with the oligarchs and omnipresent corruption, apparently, was not heard by the Ukrainian ruling class. Caused by the falling living standards of the people’s discontent (again) resulted in the strengthening of extremist movements and political leaders who are increasingly harsh criticism of Kiev.

Nadezhda Savchenko was a pilot in the Ukrainian army. She then became a national symbol after she was sent to court in Russia. She was found guilty of the murder of two Russian journalists in the Donbass, and was sentenced to 22 years in prison in March 2016. Anyway, two months later, in Moscow adopted a decision to pardon and release her in exchange for who was in Kiev two prisoners of the Russians.

While Savchenko is in prison, she was elected member of Parliament in the parliamentary elections of October, 2014 on the party list of Yulia Tymoshenko “Batkivshchyna”. In December last year, she decided to get out of this all-Ukrainian Union and to form their own movement RUNE.

Care Savchenko is linked to the fact that the party of the former Prime Minister was critical of her the last several days earlier in Minsk meeting with the leaders of the Donetsk separatists, Alexander Zakharchenko and Igor Carpentry. The conversation was to lay the foundations for agreement on the release of the rebel prisoners.

In addition, in late December, the former pilot was thrown out of the Ukrainian delegation to PACE and the parliamentary Committee on defense and national security.

Despite the failure of the government (and opposition) from direct talks with the leaders of the separatists, Savchenko decided to continue the policy of dialogue with the breakaway republics. So, on February 24, she went to the rebels belonging to the town, to mingle with the local colony of the Ukrainian prisoners. “Got to see our prisoners. Guys feel good. The conditions of a normal prison. The attitude towards them, say, normal. In chamber three, walk an hour a day to watch TV is removed, the channels are predominantly Russian, Ukrainian catches “1+1” and “channel 5″. Believe that soon will be free, and do not lose hope!” — she wrote after checking.

The reaction was not long in coming, and the government immediately showed their displeasure. The Deputy Minister of the temporarily occupied territories and internally displaced persons Georgy Tuka felt that the trip Savchenko gives legitimacy to the authorities of the separatist republics. According to him, the initiative of a Deputy in Russia’s interest because it creates a conflict a status of civil war, internal conflict, which is contrary to the Ukrainian version of “Russian aggression”. In such circumstances, the Deputy allowed himself to doubt the patriotism of the former pilots. On his page on Facebook he said that he hoped that Savchenko is not a “Kremlin agent”.

Charges are increasing, and they can entail legal consequences. Released February 25, the material of the information Agency “Interfax-Ukraine” refers to admission to SBU information from the Deputy Tatyana Rychkova (Block Petro Poroshenko) about the fact that Savchenko has called on the military to overthrow the Ukrainian government. “These charges are too serious to be ignored, — said the head of the office of the SBU Oleksandr Tkachuk. — We will check this information.” Advisor in the Ministry of internal Affairs of the Zoryan Shkiriak, in turn, has said in Facebook that there is sufficient basis to proceed against Savchenko criminal case under article 109 of the criminal code of Ukraine, which concerns actions aimed at overthrowing the constitutional order.

May 25, 2016, after more than 700 days in a Russian prison, Nadiya Savchenko, arrived in Ukraine, where it was greeted as a heroine. At the official ceremony of Petro Poroshenko gave her the medal of hero of Ukraine and called its release “our common victory”. Whatever it was, their relationship quickly went bad and today is “national character” speaks of the President in the most unflattering way. According to the logic of an interview with the Ukrainian newspaper “New time” from February 1, Savchenko virtually declared war on Poroshenko: “My enemy is one who is an enemy to my people who make worse the life of each person. When ordinary people say that we live worse every day. Yes, I think he is an enemy of the people”.

The events of 2014 in Ukraine has also created conditions for the rise of right-wing groups still active in the country, which is hard to find its place in history, just as it is sandwiched between the European powers from the West and the Russian neighbor to the East. No coincidence that the very word “Ukraine” comes from Russian “Okraina”. Throughout its history, the Slavic people fought against the idea that it is only the border of the Empire. All this gave rise to ultra-nationalist movements like the “Freedom” and “Right sector” (banned in Russia — approx.ed.).

They both played a decisive role in the overthrow of the Yanukovych government. In addition, their activists joined the ranks of the volunteer battalions who are fighting with the rebels in the Donbass. Their representatives got seats in the government in the beginning of the term Poroshenko, and they still hold seats in Parliament. Whatever it was, their relationship with the current government finally disintegrated. Criticism of the nationalists against the Kiev government, a new reminder on 22 February.

That day, thousands of people gathered to mark the third anniversary of the overthrow of Yanukovych. During the “March of dignity” nationalists staged a demonstration against government policy. The Central object of criticism became privatization and corruption, as well as the continuation of trade with separatist regions. The fact is that, despite the conflict in Kiev continues to purchase coal and other raw materials from Donbass.

Former MP and leader of the party “Freedom” Oleg Tyagnibok was not afraid of harsh words. “The revolution is not over yet,” he said. According to him, the Parliament cannot be considered legitimate because “nothing has changed”, and “for three years, the oligarchs have become stronger and they did nothing with the corruption”. Tyagnibok expressed dissatisfaction with the fact that the government has become a “trading partner separatists” stressing that “the government Poroshenko trades behind our backs… with the blood of our people.”

The discontent of the ultranationalists, the government has already led to concrete results. Since the end of January they block the railway track between Donbas and the rest of the country. It should be emphasized that the separatist East, there is a particular kind of coal required for operation of Ukrainian power plants. Petro Poroshenko has described the actions as (they received the support of war veterans and members of the opposition) “a destabilizing factor”.

Bank of Ukraine, in turn, believes that the country’s GDP may lose 1.5% to the end of the year in the case of maintaining the blockade. And it is quite likely, because the peace of demonstrators becomes more and more difficult. “This promotion has no end, told AFP the activist under the pseudonym Marcel. We’re not leaving until our country will not stop trading with the occupiers”.

In the article “Corruption kills the Ukrainian economy”, Forbes magazine notes that “if in the world there is a country, where the famous 1% dominates in the entire system, from coal to vessels, it is.” In October last year, the rating of Petro Poroshenko was 6.4%. Anyway, the government remains deaf to the protests of demonstrators from the Maidan, against the oligarchy and rampant corruption. Ukraine occupies 131 place in the corruption perception index of Transparency International for the year 2016. Ironically, there is another Slavic country, Russia.