President Poroshenko said he was ready to hold a referendum on Ukraine’s accession to NATO. According to him, in recent years the number of supporters of the Alliance in our country increased almost four times. “Today” has learned that behind the statement of the guarantor.

THE ROAD TO NATO. “Four years ago, only 16% of Ukrainians supported the idea of Ukraine’s accession to NATO. Now 54%. As President, I follow the opinion of my people, I will hold a referendum on the prospects of Ukraine’s membership in NATO,” said Poroshenko. He also added that he would do everything possible to achieve NATO membership, if Ukrainians would support this idea.

In turn, the speaker of the Verkhovna Rada Andriy Parubiy added that the cooperation with the organization remains a priority of the Parliament. Recall that in 2014 the Parliament adopted two bills that allowed Ukraine to abandon non-aligned status. And the current Poroshenko statement on the referendum NATO — not the first. The last he made in November last year. The referendum, according to his previous statements, could take place around 2021, when Ukraine will reach NATO standards in the military sphere.

However, the accession process is not so simple. According to the NATO Charter, after a referendum on membership, a country must ratify the Protocol of accession, and to obtain formal legal invitation to the Union. The latter must be approved unanimously by all member countries of the Alliance. Only after that the country the opportunity to ratify the North Atlantic Treaty. The final step is actually granting membership.

In addition, recall that Europe is not especially waiting for our country in the Alliance. “Ukraine certainly not be able to become an EU member in the next 20-25 years, the same applies to NATO membership,” — said in March of 2016, European Commission President Jean-Claude Juncker.

PROTECTION FROM WAR. Experts agree that Poroshenko’s words have more tactical value than practical. Political expert Ruslan Bortnik recalls that any voting cost to the budget of Ukraine about 1 billion UAH, that in a crisis it will be difficult to allocate. “Yes, today about 50% of Ukrainians would vote for joining NATO. But you have to understand that it is not the will of the membership as such, but desire to be protected from war, he says. — Besides, no chance to become a member of the Alliance Ukraine until — according to the NATO Charter, it cannot take the state from territorial disputes. That is why Georgia is still “behind”. According to Bortnik, statement, rather, to attract the attention of the West.

Political analyst Vadim Karasev also believes that the referendum is a way to give a signal to the West. “It will allow the Ukrainian leadership to speak at the international level, that the desire to join NATO is not only their desire but also the desire of the lion’s share of the Ukrainian people. This is a clear message to Ukraine has not abandoned plans to join NATO,” — said Karasev. 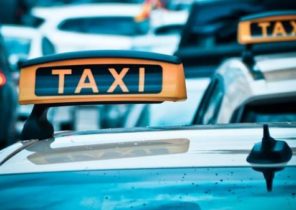 How to make money on your car: the secrets of security in the delivery of cars for rent