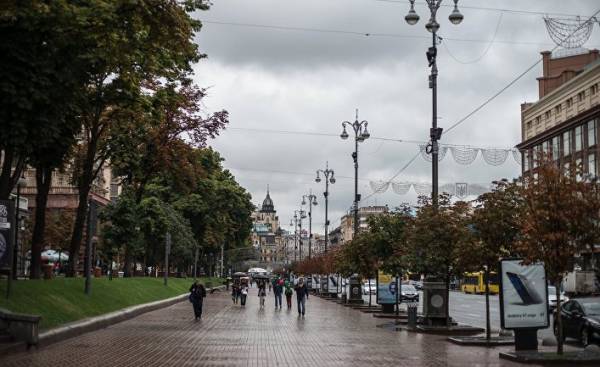 Almost imperceptibly passed our three-year anniversary of the day when the Kremlin, landed in the Crimea, the landing “little green men”, actually launched a hybrid war against Ukraine. Hybrid means, first and foremost, information.

Unnoticed because nothing to brag about. If from a purely military point of view, we aggression hardly stand, then the information is “for now” everything is much worse. Russia successfully conducts information security operation in Ukraine and the EU, affects elections in the United States, wreaking “zradu” (Ukr. betrayal — approx. ed.), panic and distrust.

Russia is waging a hybrid war against Ukraine for three years, and we have just appeared, the Doctrine of information security. The document is certainly important and necessary, but it’s something to set the alarm when the house is already robbed.

“So we have won all wars. While the enemy draws a map of the area, we are changing the landscape. And manually”. This is a quote from the famous Russian movie “DMB”. It could not be better characterize the behavior of Russia in the ongoing information war with Ukraine. And explains our systemic failures in the war. Russia does not compose multi-page smart concepts. She just acts. So all our concepts and doctrines are already obsolete at the time of their writing.

The anti Russian propaganda in Ukraine is limited to reactive measures by combating the sources and exposing fakes. However, practice shows that the traditional ways of dealing with the propaganda ineffective. Fresh study of Christopher Paul and Miriam Matthews from the RAND Corporation, assures us that false information from a partisan source, even after being exposed, is still valid.

According to RAND: “do not rely on the fact that the tanks propaganda can be destroyed by single shots from a rifle the truth.”

We are puzzled: how do we respond to the Kremlin. And should be thinking: how to attack to meet the Kremlin. It’s called strategic initiative.

Rumor has it that a reference book of political strategists of Putin’s administration, “the 36 Chinese stratagems”. One of them says: “thou shalt besiege Wei to rescue Zhao”. That is, to remove the siege of the city, create a problem to the enemy in his own capital. That’s what makes the “besieged” sanctions Russia with the European Union. It is for this strongly undermines the situation in Ukraine. It is necessary to do.

Ukraine should start to create Russia’s problems in Russia. It is not necessary to send to Moscow “little green men”. Contrary to the beliefs of the Pro-Kremlin pollsters, the potential for protest in Russia is already high and continues to grow.

However, the basis of this protest will not fight for democracy and human rights, says Russian opposition. The Foundation will be very mundane and close to every Russian problems: the arbitrariness of cops, extortion, economic crisis.

Remember how a year ago the Russian truckers rebelled against the system of road levies “Plato”, owned by Putin’s friend Arkady Rotenberg. I mean, he started against Plato, and later played for the resignation of Putin.

“In 2017-2018, Russia is worth waiting for is not just peaceful protests and serious unrest. The political system has almost exhausted reserve of strength, its position is very shaky,” wrote last year, the Director of the Russian Center of economic and legal reforms Nikolay Mironov.

The weakening of the Putin regime is a key issue. One fight against fakes and bots here will not get off.

But still our main target audience is the citizens of Ukraine. Living on the Ukrainian government controlled territory and the occupied. Russian propaganda is based on old Soviet methods of managing the cold war, but with a focus on the intentional confusion of the audience, striving to force her to act in the interests of propaganda, not realizing in this report.

Its key method: fear mongering, panic, aggression and mistrust. The audience in a state of panic not able to accept rational arguments. The direction of Russian information influence the emotions, values, and “hot” cognitive processes when the goal is “heart”. In this state, the audience most susceptible to influence. American economist Milton Friedman wrote: “Only a crisis — actual or perceived — produces real change. When such a crisis occurs, the actions taken depend on the ideas that are around.”

Our goal is to be at a critical point in history, are now in Ukraine, “next” with the Ukrainian citizens were Ukrainian narrative, not Russian. Unfortunately, this is the state copes while ill, thus giving Russia the opportunity to play on our internal problems.

One of the features of Russian propaganda, the researchers point out her inconsistency and irrationality. Controlled by Russia sources of information often give numerous inconsistent interpretations of an event. However, our information policy is no better.

What is our strategy regarding the Donbass? Russia, “DNR and LNR” — enemies or trading partners? We seem to want to achieve maximum interoperability with NATO armies, but it does not conduct a comprehensive reform of the army, reform the management system in the Ministry of defence and the General staff, but are actively engaged in the accounting of combustive-lubricating materials. Instead of reforms — separate projects around them and loud discussions, and the lack of a coherent communication of the government with the people.

So why are we surprised that the resulting information vacuum, the enemy gladly fills their hybrid fabrications?

Ukraine urgently needs not already obsolete the concept of information security. We need a concept of Ukraine as such. Harmonious, logical and attractive. Clearly explaining where we’re going, what we’re doing and why. Our Ukrainian rational. Broadcast via all possible communication channels. On the Ukrainian territory. In the temporarily occupied territory. In Europe, the United States and Russia. The only way to win.