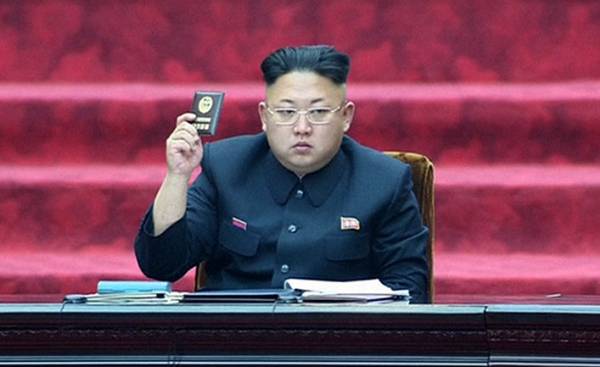 It is known that the current North Korean leader Kim Jong-UN as a young man, was educated in the West. Many believe that this an important experience had to do the thinking young politician a little more open, and his understanding of the situation abroad is much more clear. However, historical experience shows that living and studying in the West does not necessarily predetermine the direction of the political course of such a political leader.

Feature of the North Korean system is its stability. Therefore, becoming the Supreme leader of the DPRK, Kim Jong-UN should’ve been the first thing to take into account not acquired experience and their views on the running of the country, and the fact that since he became the head of this system, its primary responsibility is to strengthen its protection and security. It needs to follow these rules, even if it goes against his initial intentions.

After coming to power, Kim Jong-UN has continued the foreign and domestic policy of his predecessors, father and grandfather, and not made any major changes.

All this time, the country has maintained the political line set by predecessors, Kim Jong-UN, and the DPRK never concealed. On the contrary, has always emphasized that the socialist system of the North Korean type set by North Korea founder Kim Il Sung, unchanged, and its reform is unacceptable.

The North Korean system can operate automatically, the role of the leader in her weakened

After the state established a particular political system, over time it starts to work automatically. Whatever the leader nor ruled this country, on the condition that he would not deliberately commit serious errors, the system will develop steadily. And if this system works successfully, the role of the leader in it may wane.

Let us cite as an example the China’s feudal period. The Emperor of the Qing dynasty Kangxi ascended the throne at the age of eight after the death of the elderly Emperor. Could an eight year old child to run the country? Did he have enough wisdom and knowledge about politics to rule? Of course not. However, in the state in that time have maintained a high stability of the social system, and this system worked perfectly without the help of the ruler.

When Kim Jong UN came to power, the North Korean system functions effectively, so he only needed to continue pre-approved course. Until today Kim Jong-UN have not done anything what was possible to judge his political talent and wisdom.

We see that the economy of the DPRK is in dire Straits, and almost in every field there are problems. However, the entire mechanism is very well established: it is a stable army of 1.17 million soldiers, stable police system, a strong system of public safety. Although the party gave way to the leaders and senior officials, the party organizational system is also stable.

Despite the fact that the DPRK has changed the political leader, the transition went very smoothly and consistently. Therefore, from this point of view, in the absence of a strong external influence of the North Korean system could quite steadily to function.

The presence of the leader population seems quite reasonable

In the DPRK, openly advocated a system headed by a leader who is the main “brain” of the whole society. The army and the party serve only him. In this organizational structure, the leader plays a very important.

In the political life of the DPRK he has absolute power and is irreplaceable. From the outside it may seem strange and even wild, but the traditional logic of the political system of North Korea, this system seems perfectly rational and is consistent with the situation in the country.

Unlike the DPRK, in all countries there is a bundle of interests and political beliefs. However, in North Korea there is only one voice and one point of view. It is the voice and point of view of the leader.

Today one gets the impression that the people accepted this propaganda, this system. At least the signs of organized expressions of discontent with this system is not noticeable.

Stability in the DPRK based on propaganda and strict control. Nuclear weapons need to strengthen internal control

One of the main reasons that North Korea manages to maintain stability, is the strongest propaganda. Outreach education is a traditional method used in the Soviet Union. With the help of it the DPRK to glorify the leader and his family, convinced that this family saved Korea from death, founded a new state, granted the nation independence. This propaganda is deeply rooted in the consciousness of the people, so the family, Kim enjoys special authority.

It is necessary to protect people from information contrary to the propaganda. The DPRK citizens are not allowed to communicate with the outside world via the Internet and even visit relatives in South Korea. Any travel abroad is strictly prohibited. In other words, North Korea is completely separated from the outside world.

In such a powerful system of social control the army and police is of particular importance. It is very important for the North Korean system and the development of nuclear weapons for the most part also aims to strengthen internal control and the deification of the leader. There is no problem of the legitimacy of the finding of Kim Jong-UN in power. He is the son of Kim Jong Il, and that’s enough.

An advantageous development of nuclear weapons to the common people? No, because all money and food goes to the army. But it is beneficial to Kim Jong Ynu and his entourage, as with nuclear weapons it is easier to provide internal control and prevent external attacks.

Nuclear weapons are a symbol of the power of the state, a symbol of scientific and technological progress, so with it, the DPRK will further strengthen the authority of the leader is to show that the DPRK may be the same as other strong rich countries like the US, to make it a merit of the leader. In addition, understanding the importance of nuclear weapons, the people will understand what you need to sacrifice and tighten the belt tighter.

The author is Professor at the International Institute for strategic studies, Central party school of the Communist party of China; member of the state Council of China. He specializiruetsya on the study of international politics, problems of the Korean Peninsula and international relations between the countries of northeast Asia. A graduate of the University named after Kim Il-sung in Pyongyang (1968)