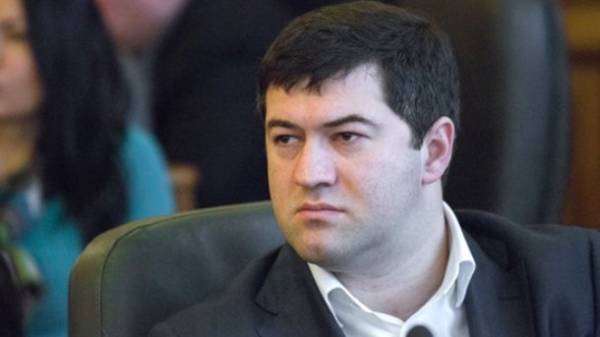 Members of the BPP did not wish to pay a Deposit for the dismissed head of the State fiscal service of the Roman Nasirov, who was detained for 60 days with the possibility of release on bail of 100 million hryvnia. This was stated in comments NewsOne of the people’s Deputy from BPP Boryslav Rozenblat.

On the question of the leader, wouldn’t he make at least part of the funds requested, the MP replied: “No, sorry” and added that colleagues in the faction are also not going to help with bail.

At the same time, Rosenblatt noted that Nasirovu maybe help his friends, from whom he could borrow money.

“I think he has the opportunity to reach out to their friends. I think he will find opportunities… In our chat (faction – ed.) unfortunately, no one initiated the desire to somehow Nasirova to borrow money,” – said the MP.

As it became known, the Solomensky district court was elected for the President of the GFS measure of restraint in form of detention for a period of 60 days, until April 30, 2017, with the possibility of bail in the amount of UAH 100 million.

Earlier, the prosecution demanded bail in the amount of 2 billion UAH. Thus, the court reduced the amount of the Deposit 20 times.