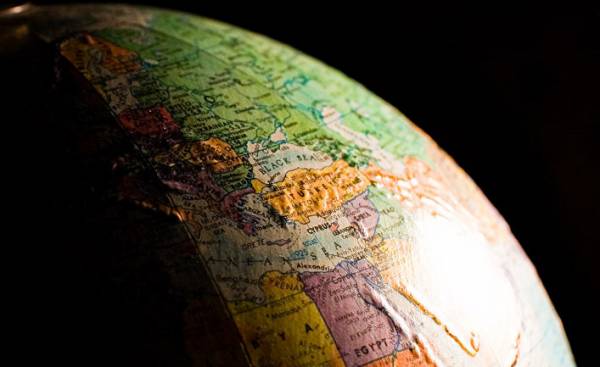 Between Russia and the West — the largest gap since the end of the cold war. Of course, in some areas the interests of the parties coincide. Even during the cold war, Russia and Western countries sometimes cooperated. And now the situation has not changed: the need to prevent terrorist attacks and cooperate in order to avoid nuclear war.

After the end of the cold war the international community engaged in the security Euro-Atlantic area. However, these efforts lacked speed and creativity. Until all stakeholders do not show the new initiative, the situation will only get worse. Terrorists attacked cities such as Moscow, Istanbul, Paris, Brussels and new York.

In 2013 in Ukraine it killed several thousand people. Perhaps somewhere there are victims of new military clashes. The innocent refugees fleeing the ravages of war in the middle East and North Africa. In these conditions the relations between Russia and Western countries are fast becoming more strained. There is a growing risk of incidents, faults and failures will cause a new war.

The first step to increase common dividends is to propose specific measures to improve the security of the Euro-Atlantic region. Comes to mind is the five measures.

First, to eliminate the risk of use of nuclear weapons. Currently a great danger of launching nuclear ballistic missiles at someone’s mistake or due to any unexpected events. In order to minimize this threat, the presidents of the United States and Russia must once again say that in a nuclear war there will be a winner and that it is unacceptable. U.S. President Ronald Reagan and Soviet leader Mikhail Gorbachev issued a joint statement to fix relations between the two countries. This statement is relevant now.

Second, we need to move away from the current situation, in which nuclear missiles can be run in the blink of an eye. Russia and the United States have to promise to start a discussion about that most of the strategic nuclear weapons were removed from alert status. Thus, it will be reduced the nuclear threat.

Third, you need to prevent nuclear weapons and radioactive substances into the hands of hostile forces. “Islamic state” (banned in Russia — approx. ed.) is trying to get their hands on and use radioactive material in the West as a new terrorist method. Russia, USA and Europe need to control these substances in order to eliminate such a threat.

Enterprises that use radioactive substances, are not protected properly. It is assumed that to ensure the protection of such institutions around the world will take until 2044. Nevertheless, it is too late.

Finally, we need to reduce the risk of spontaneous incidents that could lead to a military clash. In the sky between NATO and Russia, both sides stepped up military activities. In the result there is a danger for civil aviation. Now the countries that operate in the skies over the Baltic States, caution should be exercised in the case of the convergence of civil and military aircraft. Technological support for enhancing transparency would also help to reduce the risk of mid-air collisions.

Currently, Russia and the West face of various threats. So you need to think about common interests and monitor the security of the Euro-Atlantic region. All items noted here are of practical importance. It is therefore necessary to start implementing them right now.