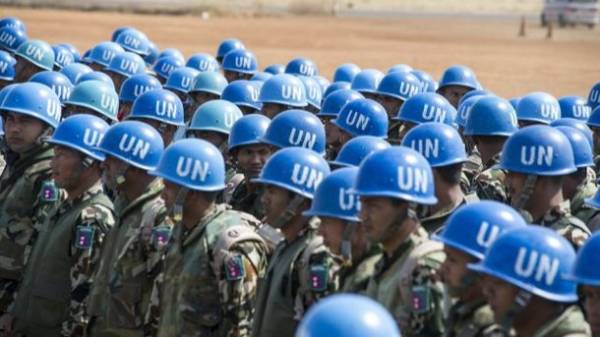 In the EU we hope for full implementation of the Minsk agreements. This was stated by the representative of the European Commission during the daily briefing in Brussels, answering a question from a German journalist about the “blue helmets” in the East of Ukraine, transfers “Ukrainian truth”.

“You should address the question of the UN,” she said.

“I would like to recall the EU position that we hope for full implementation of the Minsk agreements and all our efforts are aimed at it”, – said the representative of the European Commission.

On the eve of foreign Minister of Germany, Sigmar Gabriel, during a visit to Kiev has stated that it believes a reasonable idea of strengthening the OSCE special monitoring mission in the Donbass and supports its technical means.

He also said that the conflict in the East of Ukraine applies to all of Europe.

“Sometimes the Germans the impression that it (the conflict in the Donbass. – Ed.) occurs on the periphery of Europe. And it all happens almost in the center of Europe. Moreover, these events affect not only Ukraine and Donbas – they affect us all in Europe because we see how fragile the world to which we have become accustomed. So what we’re doing to support the peace process is not charity. It concerns our security, our ideas about living together in Europe people shared nationality”, – said the head of the German foreign Ministry at a press conference Thursday in Kiev.