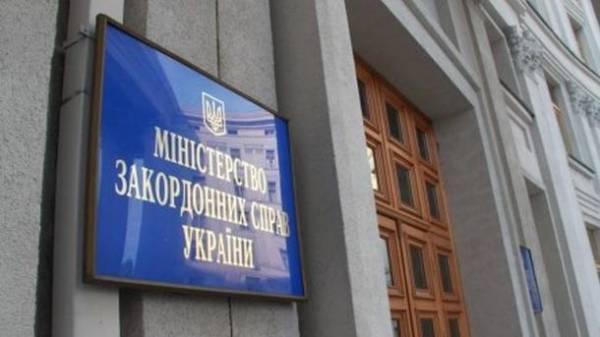 He noted that yesterday, February 2, released a government resolution which approved changes to the rules of entry of foreigners to Ukraine and transit through its territory.

They, in particular, provides reduction of term of registration of visas to foreigners urgently you can get up to 5 days (earlier this period was 15 days). According to him, in the ordinary visa this period is up to 10 days.

According to Kirilich, the regulation establishes a single flat rate fee for visa is $ 65. He stressed that this rate will be for a visa regardless of its frequency, urgency, and duration. For comparison, he noted, under the old rules, depending on the frequency of the visa consular fees could be 85, 130, 200 dollars.

Kirilich also informed that under the new rules, any citizen of Ukraine, Reaffirming its invitation to a notary, can invite a foreigner to visit the country, that is simplifies the process. He noted that any legal entity may invite an official letter of invitation to foreigners to visit Ukraine.

According to the representative of the foreign Ministry, the new rules envisaged to expand the list of countries whose citizens will have the opportunity to apply for a visa at the point of crossing the state border of Ukraine. According to the resolution, he said, “is the number of countries is 23.” According to him, this means that, in particular, citizens of China, Australia or Colombia, arriving at the airport “Borispol”, on the site will be able to get and obtain a visa.

Kirilich also said that the new rules provided for an increase of validity of national Ukrainian visa up to 90 days. He recalled that under the old rules, such period was 45 days.

He also said that “the unified tariff rate of consular fee for issuing visas to foreigners at the point of crossing the state border”.

Kirilich said that another innovation is the right of the head of a foreign diplomatic Agency or consular Department of the MFA of Ukraine to decide on the so-called zero rate that is exemption from paying visa fee.

In addition, according to him, the decision approved a new terminology in visa processing, has introduced the concept of e-visas. He noted that “this does not mean that this electronic visa will be tomorrow or the day after, and it’s just settled such a thing”.

He noted that the decision comes into force after 30 days. According to him, during this period the working group will be created, which will establish a mechanism for the issuance of electronic visas.

Kirilich said that it is envisaged that external service providers – visa centres, as well as the possibility and the right of an alien who is applying for visa to apply by sending the documents by mail.

Kirilich said that has undergone a few changes to the norm for visa with the purpose of humanitarian visit by persons who are representatives of humanitarian organizations. He noted that under the previous rules it was necessary substantiation and confirmation of the Ministry of social policy, that this person, or this organization carries out humanitarian activities. According to him, the rule was withdrawn.
Kirilich also reported that foreigners who have the status of foreign Ukrainians, their children, and their families will receive long-term visas up to 5 years.

The MFA representative noted, citizens from more than 60 countries must apply for visas for entry to Ukraine.

Earlier it was reported that the European Parliament has set a date for consideration bezveza for Ukrainians.