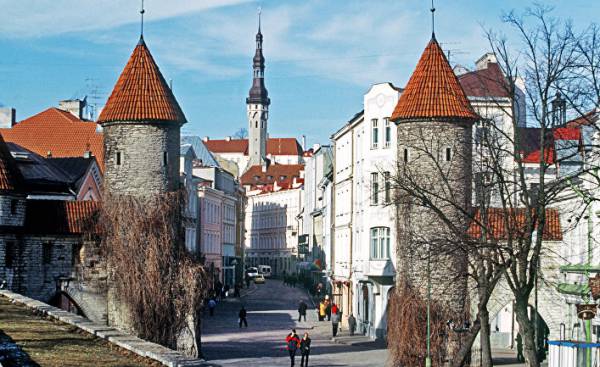 Leaving in 2006 from Helsinki to Tallinn to study audiovisual media, the Finn Antti Hakli (Antti Häkli) and could not assume that they will remain there to live. “I’d planned to go to Rovaniemi, but my uncle who lives in Estonia, has asked, why go so far”, says Antti.

At first the young man often came for the weekend in Helsinki to visit my parents or go to your favorite dentist and the hairdresser. But gradually the visits became less frequent. In 2000-ies Tallinn quite unexpectedly turned into a city where Finnish student could spend time not worse than in Stockholm.

Now, 11 years later, the 30-year-old Tallinn TV presenter Antti Hakli up the stairs of his home and talks about the neighbors in the quarter, consisting entirely of wooden houses in Tallinn Kalamaja: Oh, there lives a famous film producer and kindergarten teacher. In this part of the city live and other Finnish-Estonian family.

The apartment on the top floor, we are greeted by the wife of Antti, Estonian journalist Hakli Ave (Ave Häkli), and their infant son, Anton (Anton), a holder of dual citizenship.

Since 1991 Estonia regained its independence, this country has become for many Finns a kind of window to the world. Many enterprises followed by the electronics manufacturer Elcoteq entered the international market, organizing their activities on the territory of Estonia. Thousands of students have started their education. Especially popular were the directions, which in Finland is very big competition. This, in particular, medicine and veterinary medicine at the University of Tartu and law and specialty-related sectors of the economy and the arts, at the University of Tallinn.

According to the Statistical centre of Finland, with the abolition of the visa regime in 1997-1998 Estonia was ahead of Sweden, becoming the most popular among Finns tourist destination. In 2000-ies the number of tourists continued to grow, and among them there are very different people.

Finns do not always show themselves in Estonia with the best hand. Antti their behavior came as a surprise. “Strange people, who gather in a karaoke bar in the middle of the Old town. And why do the street bearing the name of one of the regions of Estonia, a bar with the name “Helsinki”?” — he is perplexed.

The first time Antti went to Tallinn, which is located 80 kilometers to the South from his native Helsinki, in 2002. The young man belongs to a generation that no longer sees Estonia in the context of its Soviet past. “I have no such associations. I see Estonia differently, so I love it here. Estonians feel it and too good to me,” says Antti, pouring coffee in the cups of the famous Finnish brand Marimekko.

This is the approach and waited for many Estonians. In relations between countries there is no more division into elder and younger brother, which says a lot about back in the early 2000-ies. Having joined in 2004 to EU and NATO, Estonia was ranked equal with Finland on the international arena, and in 2007 with the accession of Estonia to the Schengen agreement in the past and the border formalities.

At the beginning of the new century, relations between the two countries were normalized in many ways. The Finns watched with admiration the progress of Estonia. While in Finland, the only developed electronic ID card in Estonia is already coined. The country surpassed its Northern neighbor and the scale of the proposed electronic services. So, electronic prescriptions here were issued across the country earlier than in Finland.

Antti Hakli and Lutter Ave (Ave Lutter) met in 2009 at a lecture — just as happens with young people in Finland. They both mastered the master’s program in the field of documentary film in the Baltic school of film and media (BFM).

“It’s hard for me to say that Antti is Finnish. When we met, our views on the world were very similar,” says ava. “The ordinary Estonian man” — with a laugh says Estonian Antti playing on the floor with my son. In any case, the origin of the young man no role in the relationship is not played.

In this aspect of the relations between the two countries also returned to normal.

The first known Finnish-Estonian couple has emerged on the wave of national romanticism in the nineteenth century. Estonian folk poet Lydia Koidula (Lydia Koidula) in his letters speaks of the longing for a Finnish journalist Antti Almberg (Antti Almberg). Perhaps she dreamed of a life together in the country, which would be for them homeland. Koidula is known for his classic book “Finnish bridge” (Soome sild), which has the following lines: “…where the bridge came together, and there’s two homelands are intertwined”.

The other extreme was made in Soviet times sham marriages, which served for the Estonians pass to the West.

In the 90-ies of the last century, the Finns were able to attract Estonians to belong to Western culture and bonlarger incomes, but at the beginning of the new century, it ceased to be special.

Antti invited his classmate ava to celebrate its 23 anniversary. “The case was already dawn, and ava was still sitting nearby. Then I thought we ought to get something,” says Antti.

Before Christmas vacation, he handed the girl the coupon code the shipping company. “Out like in the movies — he describes. I already sat in the taxi to go to the dock, but then went back to class, gave her the coupon and said that she also came. And it came”.

“After the holidays”, said ava.

Ave — age Antti, and she belongs to a generation of Estonians, for whom the Finnish TV was no longer a window into another world. She learned Finnish, because I wanted to communicate with her in-laws in their native language.

We had a wedding in 2015 at the Kaberneeme Peninsula on the southern coast of the Gulf of Finland. Permanent job Antti after one and a half years of searching, found, in the end, also in Tallinn and was accepted into the Estonian national broadcasting Corporation (ERR) TV presenter of programs about culture on the channel OP.

“In Estonia, at the local salary you can live,” says Antti.

“For the wages of the country are still very different from each other. In Estonia you have enough money, so far so good, but with the emergence of problems, the level of living decreases sharply,” — says ava. Problem can become a serious illness, job loss or even retirement.

The Gulf of Finland for this family — not an obstacle: about once a month the young people go to Helsinki, or for them to Tallinn visit my parents.

“Finns often begin the conversation with a question about why I moved to Estonia,” says Antti. In Finland continue to be home to ten times more Estonians than Estonian Finns, however, Antti is not the only one who has to answer such questions.

In 2000, in Estonia lived less than a thousand Finns, in 2016 the Estonian statistical office has counted 3723 people. The result is based on the combined data of all Finnish citizens, which are mentioned in the various registries of Estonia. The register of persons registered in the territory of the state, is listed for 8 thousand Finnish citizens. However, in this registry often, and those who have already left the country.

Among those for whom Estonia as for Antti Hakli became a new house, there are students and pensioners, businessmen and salaried workers.

“Although my roots are in Helsinki, and I know this city like the back of my hand, then I feel freer, says Antti. Now my house has become Tallinn”. 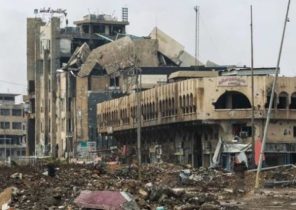