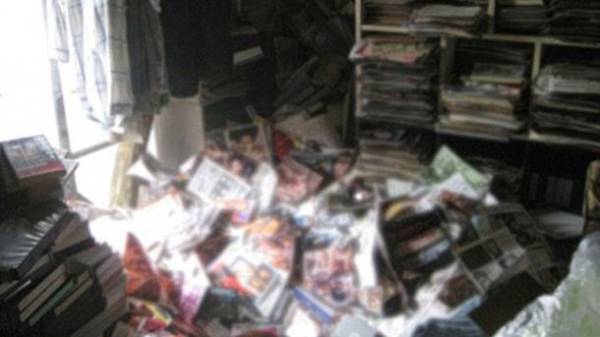 A lonely Japanese man has died after he was struck by a stack of dirty magazines. On Friday, March 3, reports the Daily Mail.

It is known that 50-year-old victim was called, He (Joji), in the past he worked in the field of car production. His body was only discovered six months later, when the landlord came to check why the man does not pay rent.

Employees of the cleaning company that was hired to make the apartment dirty magazines, said that in total, about six tons of publications for adults: they were filled literally every corner of the room. One of the cleaners also said that it is unclear if death came immediately or some time after the Japanese crushed paper.

In December last year it was reported that the Japanese company Vinclu began taking pre-orders on Gatebox — a device that allows you to have a “holographic wife.” The device is a computer system and projector, which shows a virtual girl named Azuma Hikari. It can maintain a dialogue with its owner, to write messages for him to Wake up in the morning, and also control lighting systems, heating and some appliances in the house.