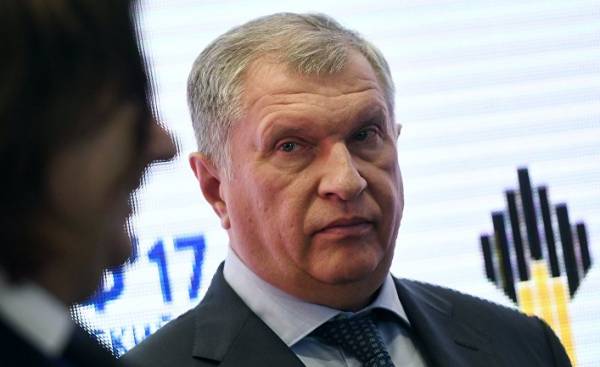 The head of the Russian oil giant “Rosneft” Igor Sechin makes you feel its presence long before its inception.

While the guard opens a five-meter white door and asks the waiter to leave the room for negotiations, assistant head of “Rosneft” are pulled straight.

In the white marble lobby sounds unobtrusive background music, and at the other end swings open the second pair of high doors, revealing a huge shiny black logo “Rosneft” placed at the end of the spacious hall for meetings.

When all the preparations are completed, there is Mr. Sechin.

As head of the largest oil companies in Russia and longtime ally of President Vladimir Putin, Mr. Sechin is one of the most influential people in Russia.

It’s his influence was the reason that he was in the center of a political storm that erupted after the annexation of Crimea by Russia in early 2014. In April 2014, the US imposed sanctions against it, forbidding him to enter us territory, and froze its assets. The imposition of U.S. and EU sanctions and the sharp fall in oil prices, the Russian economy plunged into a two-year recession.

Although Rosneft surprisingly calm through this crisis, Mr. Sechin made no secret of his discontent.

“Honestly, I don’t like to talk about sanctions. I think they are totally unjustified and even illegal. Do not carry political responsibility on the corporate level. We are not part of international politics. We have no influence on politics,” he says.

Although Rosneft is a publicly listed company, which are including foreign shareholders a controlling stake belongs to the Russian state. At times it seems that its business strategy is very well consistent with the policies of the Kremlin.

“The goal [of the sanctions] was to influence the socio-economic situation. To aggravate it and affect elections [in Russia]. I am profoundly convinced,” he says.

Mr. Sechin, who is proud that for the first 18 months after he headed the company, its market value grew by 25%, complained that the political crisis is largely nullified its achievements.

“The problems that can arise in connection with the introduction of sanctions, we are pretty easily solved. While they have hardly touched. But the markets perceive the situation differently,” he adds. Behind the doors of the hall several heads of oil companies from different countries wait patiently for Mr. Sechin will join him at the event, which is held annually in St. Petersburg.

Despite the fact that most of his career, Mr. Sechin held within the Russian political system, often as an adviser to Mr. Putin, and despite the lack of relevant geological and engineering education, it demonstrates excellent knowledge of the special terminology of the oil industry and a deep understanding of the mechanics and Economics of the us shale industry, what can be said about many of his colleagues.

And although in the beginning the sanctions have deprived Rosneft sources of financing and forced her in 2014 to seek the assistance of the state, its performance over the past three years successfully refuted the opinion of those who believed that the Russian oil and gas companies, would significantly weaken without support from abroad.

From 2013 to 2016 the volume of production of “Rosneft” has grown on 10%. No other joint-stock company of open type are not able to extract oil out of the ground with less.

Mr. Sechin is a workaholic who wakes up at 5 am and monitors all processes in the company explains such resilience “team work, which is distinguished by high professionalism, decency and patriotism — in the sense of corporate patriotism.”

“We work hard,’ he says. — We were told that private companies operate more efficiently. I couldn’t disagree more. We prove that we are competitive. We can compete with any players in the market.”

Sanctions had no impact on the longstanding desire of Mr. Sechin to transform Rosneft into a major global manufacturer.

It is expected that this week it will close the acquisition of assets Essar Oil, Indian oil and petrochemical company. Rosneft also owns a stake in major Venezuelan oil project. Currently it is building a refinery in Indonesia and develops five fields in Kurdistan as part of plans to expand its presence in the middle East market.

“Every good deal, every masterpiece takes some effort,” he says, commenting on the acquisition of Essar. On the question of whether it is possible to compare this debt-ridden company with Michelangelo’s masterpiece, he replied: “More reminiscent of Henri Matisse”.

This transaction, which the company concludes with trader Trafigura increases refining capacity of Rosneft at 20 million tons, gives her control over the deep-water port in the Indian ocean near the Persian Gulf and allows it to acquire the national network, which includes 2.7 thousand gas stations.

“Currently, the Indian market goes through a series of positive changes,’ he says. I like Essar. It’s a complicated project… But it is a real diamond among our projects.”

While the sanctions have provoked tensions between Mr. Sechin, “Rosneft”, Russia and the U.S. energy industry, the former Deputy head of the presidential administration wants to eventually create a Grand coalition of oil superpowers, where, in his opinion, should include Russia, Saudi Arabia and the United States.

Speaking about the campaign promises of President Donald trump, who called for the establishment of ties with Russia, Mr. Sechin expressed the hope that the influence of Rex Tillerson (Rex Tillerson), the former CEO of ExxonMobil, who now holds the post of US Secretary of state, may contribute to the beginning of the thaw in relations between the two countries.

“This will have a positive impact on the oil industry, — tells g-n Sechin. Rex Tillerson, our former colleague, understands the essence of the synergy effect that arises from our joint projects.”

Mr. Sechin and Mr. Tillerson has established strong ties in the period when they were partners in the multi-billion dollar projects in Russia, and Mr. Sechin sees opportunities for more ambitious cooperation.

“In today’s world there are three controls. The first is the us oil market, which produces 9.3 million barrels per day. Second — Saudi Arabia. As well as Russia, — he said. — Therefore, the cooperation of these three world leaders, undoubtedly, will benefit markets, companies, shareholders — all.” 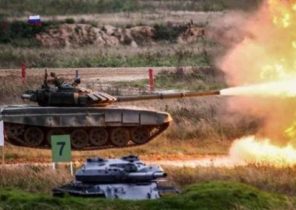