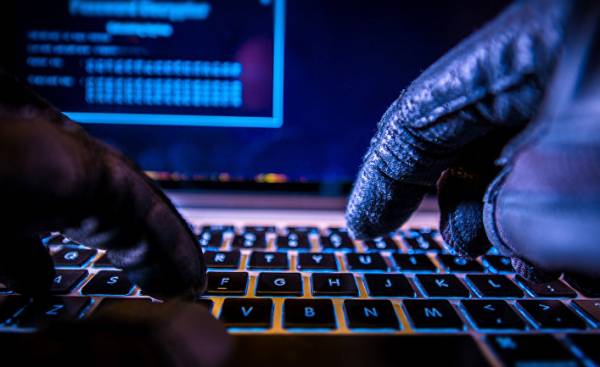 Suspicions about interference in American elections, fears about the elections in Europe, the development funded by the Kremlin media… Russia scares. But what really are its operational capabilities in the field of cyber-espionage?

Atlantico: What are the operational capabilities of Russia in the field of cyber-espionage? This applies to both cyber attacks and propaganda. Which industries in Western societies have been targeted in the first place? Politics, Economics or civil society?

Frank Geklommen (Franck Decloquement): Offensive and technical capabilities of Russia in the field of cyber espionage is very real. Like other figures in the international arena, it has the experts a very high level and very active and effective hacker group. As you have mentioned spheres (Economics, politics, and society), they, for obvious reasons, fall under the scope of if state like Russia, which fully assert its sovereignty and ensures national security, the need to preserve and expand their own power.

Anyway, it is not only the only one Russia. Other nation-States also have special tools that they bring to protect its strategic interests in the international arena. Technical infiltration, black propaganda, information, destabilization, political and social intervention — all this did not start yesterday. Many of these issues turned out to be a short memory. Great powers use all of this (and very active) since ancient times. Take Russia and the United States.

In the present situation it is worth remembering the “compulsory” measures that were used on both sides of the iron curtain, and throughout the cold war. You could even say that these actions since finally ceased, despite the relative “detente” after the fall of the Berlin wall and the collapse of the Soviet Union. In the early 1990-ies, the CIA has asked Russia to abandon the disinformation operations directed against U.S. interests worldwide. The Russians promised to do so in exchange for significant development assistance from the United States. However, the former head of Russian intelligence in new York, Sergei Tretyakov, who moved to the other side in the 2000-ies, said that Moscow led by active destabilization actually has not been discontinued. “Nothing has changed, he wrote in 2008. — Russia today is doing everything possible to make life difficult for US”. According to experts, the latest cyber operations in the digital domain in the beginning of XXI century are in some ways a modern continuation of this trend…

Several decades later, history repeats itself in a certain way: the New Yorker Magazine recently wrote that in April 1982 the head of the KGB Yuri Andropov instructed agents abroad to take “active measures” to spread black propaganda campaign against the President of the United States of those times, Ronald Reagan.

About the same the West today accuses Vladimir Putin. In contrast to the “classical” espionage, which involves the active collection of data on “enemy” territory, “active measures” designed to influence events. They thought to blow from the inside by a foreign power with a fake pressure groups, which, for example, can be instructed to covertly influence public opinion. And, therefore, related policy decisions. In addition, all this relies on lots of other methods of action that have been developed and properly rolled during the cold war. The Soviet leadership of those times considered Ronald Reagan a staunch militarist. If you believe the detailed content, which uncovered fled to the West, a high-ranking KGB officer Vasily Mitrokhin, Soviet intelligence tried to penetrate the headquarters of Democrats and Republicans to promote the slogan “Reagan Means War” (Reagan means war). The aim was, of course, to discredit President Reagan, forming around it a way to sell the corrupt military-industrial complex. Anyway, the initiative has not had a measurable impact on voters, noted in the edition of the New Yorker since Ronald Reagan won 49 of the 50 U.S. States. That is, to manipulate the masses is not as easy as you would think… secret propaganda is not as strong as many think.

— How does the balance of power between the US and Russia in terms of the means available to them?

— All act on the basis of their own schedule and interests. Although Vladimir Putin regularly accuses the West of hypocrisy, he is not limited to the false statements and strategic ploys. He is not shy of disinformation and destabilization operations, which are expertly coordinated with their teams.

In addition, article New Yorker recalls have forgotten that in the 1960-ies of the agents of the Soviet intelligence spread the rumor that the American government was involved in the murder of Martin Luther king. In the 1980s, they spread another false rumor that American intelligence supposedly “created” the AIDS virus at Fort Detrick in Maryland…

For those interested in propaganda and disinformation operations, the new digital era opens tremendous possibilities. They are the more attractive, much more efficient and economical than the “classic” measures, which are expertly conducted during Andropov.

With regard to the recent elections in the United States, headquarters of Democrats and Republicans presented to the enemy the fact that experts in the field of cyber security called “a very large area for attack.” Some American politicians, even high-ranking party officials was, in fact, very poorly protected from outside… to Take the President’s chief of staff under bill Clinton and head of the election headquarters of Hillary Clinton, John Podesta (John Podesta): he had all the reasons to think about the vulnerability of communications in the digital age. Besides, on a post of the adviser of Barack Obama in the White house, he participated in the implementation of policies approved by the President “digital conversion”. However, he has not used even a simple system of two-level authentication when logging into the email account… and thus he left the door open for hackers that seek to acquire sensitive data…

Anyway, the Americans are also not left out in the sphere of offensive covert operations. Benjamin Rhodes (Benjamin Rhodes), a former White house adviser under President Obama and an outspoken critic of Putin’s actions, he still reluctantly admits the reality of some American operations in this region. In the past the United States also conducted covert operations for regime change around the world. Many historians have shed light on those dark CIA operation, presenting tangible proof and credible evidence of the reality of secret intervention in the internal Affairs of countries to overthrow regimes in Iran, Cuba, Haiti, Brazil, Chile, Panama. We are talking about cash payments, black propaganda and even organized violence to influence elections in Italy, Guatemala, Indonesia, Vietnam and Nicaragua.

By the way, Vladimir Putin considers some non-profit organizations of the Anglo-Saxon wing and activist groups (national endowment of democracy, Human Rights Watch, Amnesty international) virtually no lurking enemy structures that seek to exert any impact for regime change. Five years ago he openly blamed Secretary of state Hillary Clinton during an anti-government demonstration on Bolotnaya square in Moscow. In his opinion, the state Department sponsored a number of local movements. Anyway, so far no formal evidence was not submitted.

— What actually should be afraid of Europe from the Russian cyber-espionage? There is concern about the upcoming elections in France and Germany, but how things really are?

— Political picture in Europe is becoming extremely easy target for black propaganda and disinformation. False and destabilizing information intended to undermine the credibility of the official version of events, thriving on the soil of the growing discrediting of the elites and political class in General in all European countries. Come down to the fact that the concept of “truth” and “verifiable information” will mean little. As in America, with its strong ideological rift, the trust of Europeans to the major media hit and has reached its historical minimum. This state of Affairs has noted with alarm in a number of surveys. Split perception and distrust of the media often open a space for “alternative”, but usually not verifiable theories… All of this quickly led to the adoption of simplistic and populist explanations that are easier to make to most: we are talking about conspiracy or conspiracy theory. “Free societies are often fragmented, because people have their own views on events, he uses the former Soviet and modern exploration”, — quotes the New Yorker the former KGB General Oleg Kalugin, who lives in the USA since the mid 1990-ies. According to him, the challenge was to “deepen divisions”. Such a strategy is “weak to strong” is particularly useful for catch up for lost time countries like Russia. Today she had a confrontation with a much stronger state in the United States. Modern Russia is far weaker than the USSR in relation with the underlying realities of the country, as noted by a number of experts.

In the difficult pre-election situation in France (the same atmosphere was recently in the US), it is possible to imagine that Vladimir Putin will try to take measures to harm the prospects of some openly anti-Russian candidates (for example operations to undermine the candidacies of Hillary Clinton and strengthening of Donald trump), as well as to discredit the democratic process in the eyes of the French electorate.

The consequent weakening of France may be beneficial for Russia and its interests in the international arena.

Method of action are well known. Schematically, Russia according to this hypothesis need to interfere in the electoral process in France and Germany, as it may have been in American elections. Priority operations can be focused on hacking email anti-Russian candidates and transfer of their contents for publication in “alternative” media. For example, through WikiLeaks. In parallel, it is worth noting the impact on the perception by the active use of social media to spread a fake news that is almost indistinguishable from the real thing. All of this needs a little bit more to undermine the faith of French and German citizens in a representative political system and undermine the legitimacy of the candidate who will be able to win the election. Finally, it ricocheted on a national unity of the country.