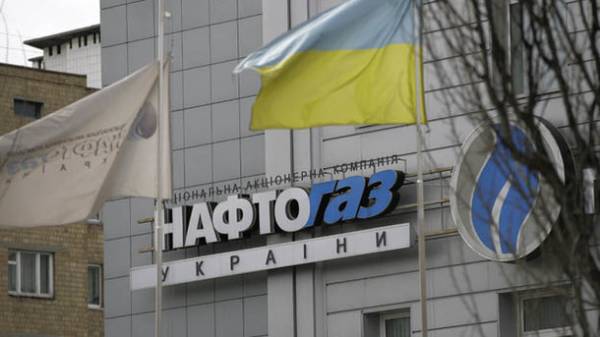 National oil and gas holding company “Naftogaz of Ukraine” appealed to the General court of the European court of justice with a request for the admission of the holding to the claim of the Polish company PGNiG.

PGNiG earlier appealed to the court demanding to cancel the decision of the European Commission on accessibility of the Russian gas monopolist company “Gazprom” to the European OPAL gas pipeline. About it reports a press-service of “Naftogaz”.

“Naftogaz of Ukraine” appealed to the General court of the European court of justice with a request for admission on the claim of PGNiG Supply&Trading, which appealed the European Commission decision of 28 October 2016, which allows Gazprom to significantly increase the use of capacities of the OPAL gas pipeline and increase the volume flow of gas “Northern stream” – it is told in the message a press-services.

It is also noted that in accordance with the Charter of the European court of justice, a legal person may join the case if they can prove interest in the outcome.

“Naftogaz of Ukraine” sent a request on the introduction, referring to the previous practice of the court, as well as putting the potential negative consequences of the decision of the European Commission for the company, which is reducing the volume of gas transit through Ukraine, the threat to the security of gas supplies to Ukraine due to the cessation of gas flows from Poland” – said the press service, adding that the decision of the European Commission leads to a deterioration of the competitive position of “Naftogaz”.

According to the press service, introduction of “Naftogaz” to the claim of PGNiG will allow the Ukrainian company to submit additional arguments in this case and get official access to the case materials.

As reported, according to “Naftogaz”, the European Commission’s decision on granting Gazprom additional access to 30% of the capacity of the OPAL gas pipeline (if existing 50%), which allows you to combine the power of the “Nord stream” gas transmission system in Central and Western Europe bypassing Ukraine, will lead to a financial loss of our country as one of the key gas transit to Europe at least 290-320 million dollars. in the year, and the transit will be reduced to 10-11 billion cubic meters of fuel per year.

This decision was appealed to the court of the European Union Polish oil and gas company PGNiG. According to PGNiG, on 27 December 2016, the EU court has suspended the decision on access “Gazprom” to the OPAL.

February 28, 2017 commercial Director of “Naftogaz of Ukraine” Yuriy Vitrenko said that the holding plans to join the lawsuit PGNiG.