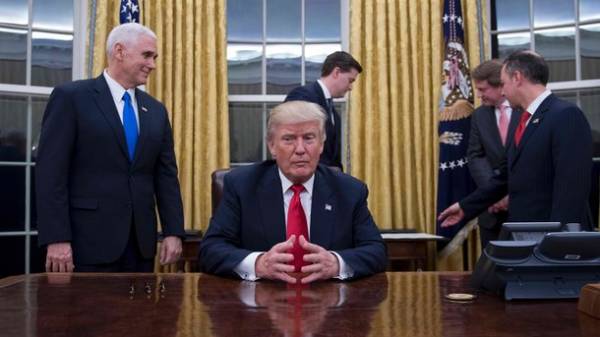 The White house denied the statement of the Russian side on the preparation of the meeting between the presidents of the United States and Russia Donald trump and Vladimir Putin. It is reported 112.ua with reference to the Wall Street Journal, citing a source who wished to remain anonymous.

Earlier, on 28 February, the Deputy foreign Minister of Russia Sergei Ryabkov said during his speech in the Duma that the diplomats are preparing a meeting of the presidents of Russia and the USA. He said that the place and date of meetings not scheduled, however, the preparation for the meeting is underway.

Earlier it was reported that the President of Ukraine Petro Poroshenko held a telephone conversation with President of the United States of America Donald trump. The meeting between the two leaders is still under discussion.