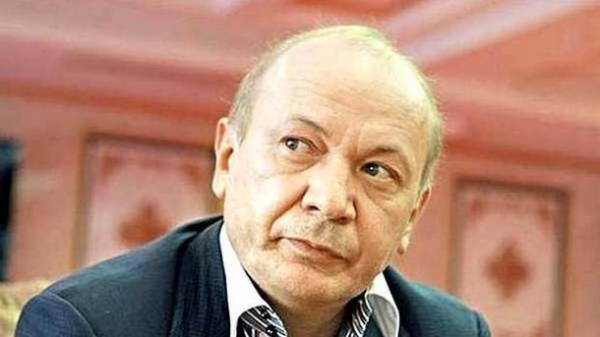 “Today I learned that the Supreme court without notice to the Prosecutor’s office decided to close all cases by Ivanyushchenko”, – Lutsenko wrote on his page on the social network Facebook on Tuesday evening.

The attorney General noted that this was done “just before the extension of EU sanctions to the arrested assets Yanukovych and company.”

“I have a lot of emotion, and less arguments against this decision. But the only way is to change the composition of the APU,” – said Lutsenko.

The Prosecutor General’s office of Ukraine investigates criminal proceedings concerning Ivanyushchenko, in which it is notified on suspicion in the organization of waste of another’s property and illicit enrichment in a large scale, under part 3 of article 27 (types of accomplices), part 5 article 191 (assignment, waste of property or taking to them by abuse of official position), part 3 St. 368 (acceptance of an offer, promise or obtaining illegal benefit by the official) Criminal code of Ukraine.

In January 2015, the Ministry of internal Affairs of Ukraine announced Ivanyushchenko wanted. It also may 2015 is on the international wanted list of Interpol.

1 April 2016 Dneprovsky regional court of Kiev cancelled the investigation Yury Ivanyushchenko, and also cancelled a warrant for the delivery of his detention for preventive measure. On 2 April the Minister of internal Affairs of Ukraine Arsen Avakov said that the interior Ministry continues to look for Yuri Ivanyushchenko and “will not perform the shameful decision of the Tribunal on removal from the investigation.”

8 Sep MP from the faction “Block of Petro Poroshenko” Sergei Leshchenko said that the decision of the court of Appeal of Kyiv Ivanyushchenko is not already in the international wanted list. The MP noted that according to the Criminal procedural code of Ukraine “the court’s decision about the search of the person”, who is wanted by Interpol, “is not subject to appeal in the appeal.”

22 Sep 2016 Lutsenko said that the Prosecutor General’s office going in next Friday to notify Ivanyushchenko, his partner Ivan Avramov and current Director of the Odessa market “7th kilometer” Oleg Gresa the suspicion in Commission of crime “illegal disposal of the shares of “the 7th kilometer”.

Before that, the head of the Odessa regional state administration Mikhail Saakashvili was broadcast on television said that promrynok “7-th km” monthly sends $800 thousand to the ex-President of Ukraine Viktor Yanukovych: “I can tell you. “The 7th kilometer”. Who’s the owner? Yenakiyevo. Every month, according to my information, “the 7th kilometer” is $800 thousand personally Yanukovych and to maintain the Donbass”.