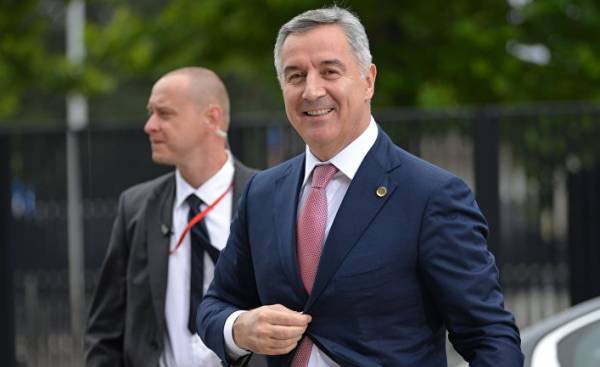 In February, the policy of the former Yugoslav republics that are now independent States, have demonstrated a range of relationships to the leadership in Moscow: a sincere interest in cooperation via Mercantile flattery, right down to the different charges. Russia was in the Balkan political maze, and the only one who knows local conditions, will be able to understand this paradoxical situation.

Slovenia, the first member of NATO and the EU (March and June 2004), cooperates well with Russia, while another Balkan country whose citizens have long been proud of the friendship with Russia, saying that “the us and Russian — 300 million”, today we have only bad relations with Moscow. Croatia does not have its Ambassador in Moscow, and Zagreb commentators sharply criticize any statement of the Russian Ambassador Azimov. In the case of Bosnia and Herzegovina the situation is even more confusing.

Bosnian and Croatian top leadership is angry at Moscow, because he believes that lobbying the Serbian interests. The Republika Srpska maintains with Russia a great relationship, and its President Milorad Dodik most Balkan politicians met with Putin. The Macedonian government has taken a tough stance, because any rapprochement with Moscow calls Washington’s irritation that Albanians use.

Serbia traditionally maintains with Moscow a good relationship, where there are no contentious issues. The economic cooperation with Russia depends primarily on the development of the Serbian economy.

Little Slovenia and its political line are the embodiment of folk wisdom, which States that “tender lamb two mothers.” The tenth of February, Putin met in the Kremlin with President of Slovenia Borut Pahor. It was their fifth meeting in the last eight years. Russia provides up to 70% of Slovenia’s gas. Russian Railways ready to take part in the modernisation of the Slovenian railway infrastructure. Investments in this sector reached one billion euros. The Slovenians successfully sell drugs. They are the first of all foreign companies operating in this field, opened a factory in the suburbs.

Pahor’s visit to Moscow made by the Croatian media to refer to the Croatian leadership, which dutifully obey the instructions from Washington, with the question of why Slovenia can cooperate with Russia despite sanctions, but Croatia is not. The already cool relations cooled Prime Minister Andrei Plenkovich, which in November 2016, urged Kiev to take in the integration of Donbass “Croatian experience”. Moscow advised Plenkovich to deal with the acute problem of violations of the rights of Serbs and other minorities in Croatia, and Ukraine, and reminded him that during operations “Storm” and “Lightning” were expelled 250 thousand Serbs.

Moscow is clearly committed to even deeper cooperation with Republic of Srpska, but wishes to cooperate with the whole Bosnia and Herzegovina. Many times the Russians have said they support the strengthening of stability in Bosnia and Herzegovina based on the Dayton agreements, but oppose the intentions of Sarajevo to create a new state structure to the detriment of the Serbs.

Montenegro is an example of how leadership can turn a traditional partner into an enemy. Nominated for Congress in Niksic on the ninth of February, Djukanovic, leader of the Democratic party of socialists, the charges that the day of the parliamentary elections of 16 October, Moscow tried to provoke bloodshed, and to make an attempt on him are just part of the propaganda war being waged against Russia.

“This campaign is not new, it just is at a new stage. For her, of course, are Montenegrin authorities. Evidence no charges”, — stated in the Russian Ministry of foreign Affairs. In Moscow understand that this whole campaign Podgorica is connected with the desire of the Montenegrin authorities as soon as possible to join NATO, despite the opinion of its own citizens.

During a visit to Belgrade, Lavrov spoke bitterly about the Montenegrin leadership. He accused Djukanovic of betrayal of Russia and violating its own promises and commitments. Lavrov said that Djukanovic and his right (at the time) hand Milan Rochen, former Ambassador in Moscow, and later the Minister of foreign Affairs of Montenegro, promised the Russians. It is undeniable that at the moment of gaining independence, the Montenegrin regime just because the Milan Raceno had excellent relations with important Russian Ministers, including Lavrov and Shoigu. At that time, the Montenegrin opposition did not interest Moscow, and she kept in touch only with the team Djukanovic. That all changed when he imposed sanctions against “mother Russia”.

Knowing all this, it is easy to understand the words of Putin that Serbia is the most loyal ally of Russia in the Balkans. The position of the Serbian leadership, under any pressure of not wishing to impose sanctions, is a balm for the Russian soul. Nice Russia that Belgrade understands: the construction of “South stream” is motivated by political rather than economic considerations. Russia does not intend to change its position on Kosovo, and all the speculation about the so-called transaction for the recognition of Crimea as Russian territory is not baseless.