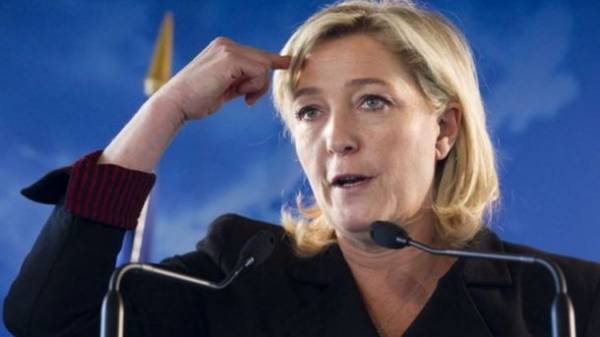 In a subsequent decision of the Committee must be approved by the European Parliament in a public vote.

The parliamentary immunity of Le Pen decided to take away due to the fact that a politician published on Twitter a photo of violent acts committed by militants of the terrorist group “Islamic state” (LIH).

Le Pen in December of 2015, tweeted several photos of the victims of ISIS in protest against the comparison, “National front” with the militant group. On one of the images was executed by militants of American journalist James Foley.

The Prime Minister of France Manuel Valls called the actions of Le Pen’s disrespectful to the victims of the Islamists. Later tweets Le Pen has criticized the mother Foley. The Prosecutor’s office of the French city of Nanterre began an investigation into publications.

Recall that marine Le Pen is also a suspect in financial frauds.

So, in early December, the financial Directorate of the European Parliament, Deputy whom Le Pen is already 13 years old, sent her a notice demanding payment by January 31, 2017 debt 298,5 thousand euros.

According to France 24, experts from the office for the fight against fraud in the European Commission found out that the Gris and Legia were paid from the European budget, although in Brussels did not appear, and under the terms of the contract was to work there. Le Pen’s allegations are categorically rejects.