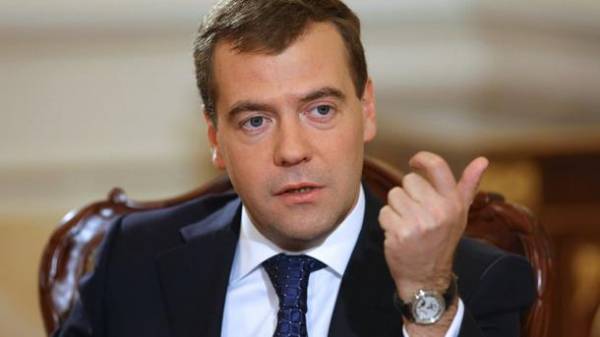 Russia must be ready to maintain sanctions indefinitely given the fact that the West attempts to “immortalize” them in law, said Russian Prime Minister Dmitry Medvedev.

“Once again, you want to say that we should prepare for the fact that we live under sanctions indefinitely,” – said Medvedev.

“Let’s see what our friends from overseas, and in Europe. They perpetuate these sanctions, they are codified, they make a lot of laws in addition to all of the Executive orders that Obama has made a lot of decisions. They are trying to pass laws that these sanctions will make permanent, like the amendment “Jackson-Vanik” or even more”, – said the head of government.

As you know, the sanctions against Russia, imposed after the illegal annexation of Crimea. After the Russian aggression in Donbas, the sanctions have been expanded several times.