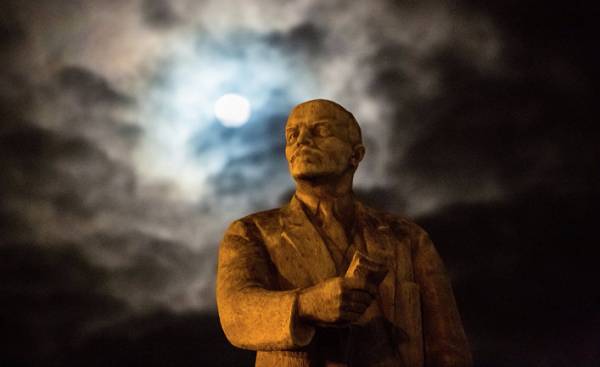 In 2016, President Vladimir Putin proudly took part in the events dedicated to the 75th anniversary of the start of world war II. He was holding a picture of his father during a March “Immortal regiment”.

Meanwhile, Russia is now rapidly approaching another date — the 100th anniversary of the 1917 revolution, which became the crucial event which determined the conditions of the global ideological confrontation of the 20th century.

Thus, the 100-year anniversary of the revolution of 1917 should be cause for serious introspection. Historians in Russia and around the world have begun to celebrate this anniversary, conferences and engaging in reappraisal of this key event in the history of the 20th century.

Vladimir Putin also called for an honest analysis of the Russian revolution of 1917. But whatever were the results of this analysis, they are unlikely to become an integral part of the political concept of Putin.

Putin has already chosen from the Soviet past what he wants: the status of a great power, control over the economy, the victory in the Second world war and national stability. The approaching centenary of the 1917 revolution inevitably becomes a dark spot among these selective memories and can do more harm to Putin than to help him achieve his goals.

To begin with, that the essence of the 1917 revolution is to overthrow state power. The February revolution was largely spontaneous, poorly organized uprising, which in a few days put an end to the 300-year Romanovs dynasty and its governing institutions.

Putin has already felt in his experience of the taste of spontaneous uprisings. This happened in 2011-2012, when he returned for a third presidential term. He strongly (and selectively) punished some of the organizers and participants, at the same time adopting laws that sharply limited opportunities for demonstrations and protests.

Obviously, Putin does not want to celebrate the anniversary of the mass protest that turned fatal consequences for the ruling elite.

During the February revolution, the provisional government has recognized a number of fundamental civil liberties, including freedom of speech and Assembly, the right to form trade unions, the abolition of all restrictions based on class, religion and nationality, as well as universal suffrage.

In the race to reform the provisional government abolished the police, which led to the fact that it has lost the ability to protect the above rights and to maintain basic order and law enforcement.

The provisional government cannot be called a model of political competence and consistency. However, his liberal intentions were obvious, and now they serve as an additional reminder of how far Putin has departed from the liberal promises surrounding the collapse of the Soviet Union.

The interim government also provoked the collapse of the Russian army in 1917 — a fatal mistake, from the point of view of Putin. If Putin was able to appreciate some aspect of the Russian revolution, it was the role of a Russian soldier who fought bravely to the end, despite the betrayal of their political leaders.

The October revolution turned the abolition of the provisional government and the establishment of the dictatorship of the proletariat, professed socialist utopia that never materialized. Putin has never been inclined to blindly follow the dictates of ideology, and he does not feel a special nostalgia for Marxism-Leninism.

However, from the point of view of Putin, Lenin and the Bolsheviks made two mortal sin that cannot be forgiven. First, in March 1918, Lenin agreed to sign the Brest-Litovsk peace Treaty, under which Russia stopped its participation in the First world war and handed over part of their territories of Germany.

Thus, the revolution of 1917 from the point of view of Putin, was a disaster, as it directly led to the abandonment of the territories, which were an integral part of the Russian Empire.

For a mistake of Lenin, you can close your eyes as he managed to piece together a large part of the lost land during the civil war. However, Lenin (with the help of Stalin) only exacerbated their mistake by giving them the Soviet Union on the principle of nationality.

The agreement on the formation of the Soviet Union of 1922 was signed by four national republics of Russia, Ukraine, Belarus and so-called Truskavetsky Federal Republic.

Despite continued tight control from the centre, the Soviet Union continued to set the internal boundaries between regions, to promote ethnic leaders and support in the national republics with their own cultural institutions. Even the Central leadership have recognized the republics the right to secede, although it existed only in theory.

Putin has no respect for sovereign States, which the Soviet Union unintentionally established. Map of new Russia was for the time laid aside, but the signal was obvious. In tsarist Russia there was no Ukraine. It arose only after the Russian revolution of 1917 and the attempts of Lenin and the Bolsheviks to draw borders where they never existed.

The culmination of the consequences of the 1917 revolution came 74 years later, when it was created 15 independent States of such an outcome, Putin called “the greatest geopolitical catastrophe of the 20th century”.

It should be noted that sin Lenin repeated Boris Yeltsin, who also gave the site and recognized the autonomy of some regions. Perhaps it has been partly responsible for the reluctance of Putin to participate in the events held last year and dedicated to the 25th anniversary of the collapse of the Soviet Union.

Meanwhile, the 75-year anniversary of the start of world war II in the last year became for Putin a wonderful opportunity to honor the sacrifices that have brought ordinary Russians in the name of their country.

The centenary of the Russian revolution, from the point of view of Putin, is not the heroic moment, who is able to rally all citizens of the country. Arguably, the revolution set the trajectory of 20th century, but it still divides rather than unites.

Putin said that the need to conduct an honest assessment of the outcome of the 1917 revolution. However, it is possible, its lessons are not what he wants to hear or celebrate.

William Pomeranz, Deputy Director of the Institute for advanced Russian studies named Kennan of the Woodrow Wilson Center in Washington. He also teaches law in the center for the study of Eurasian, Russian and East European studies at Georgetown University. 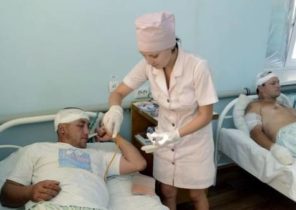