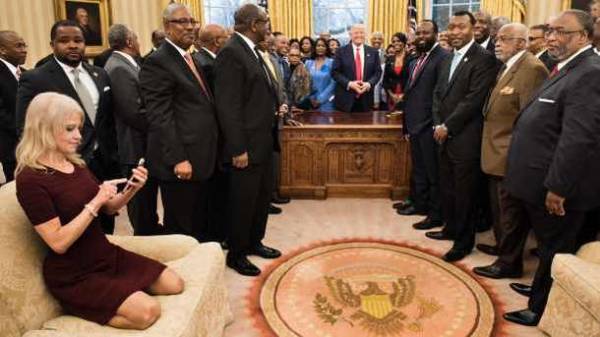 During the reception the President of the United States Donald trump his counselor, Kellyann Conway in a relaxed posture photographed a large group of the men present, along with the American leader, according to Mashable.

It is noted that in the White house, trump has hosted heads of higher education institutions and colleges of the country, which focused on training African Americans.

So, before the meeting of delegates of the Universities with Vice-President Mike Pence organized group photo, which took Kellyann Conway: she’s sitting on the couch not my knees photographing those present in the oval office. 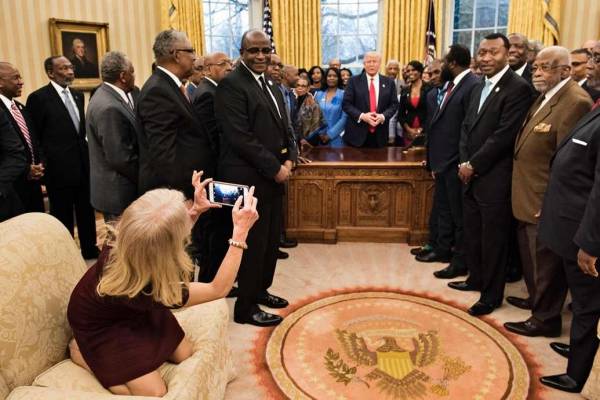 As previously reported, the daughter of Donald trump , Ivanka “scolded” key adviser to her father, Kellyann Conway because she got a stamp of her clothes in a scandal. Conway previously criticized the stores, uncooperative with the brand Ivanka Trump.