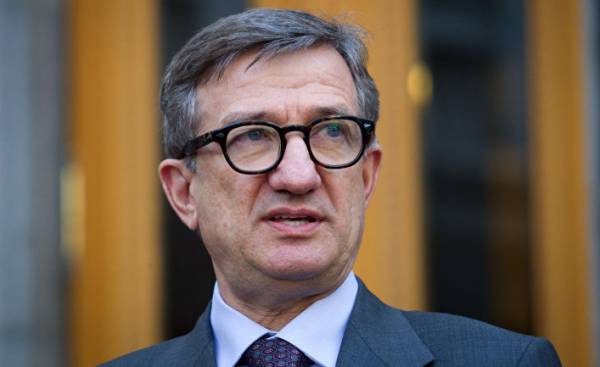 The world is changing faster than expected even futurists. However, Ukraine also faced with the challenges that add to her significant problems: corruption, war in the Donbas and the occupation of the Crimea, 50% of the economy in the shadows, a huge Pension Fund deficit, public debt exceeds 80% of the gross domestic product, GDP energy intensity is much more European.

This was discussed at the recent presentation of the “doctrine of balanced development of Ukraine 2030”, with the participation of the author’s ideas, people’s Deputy of Ukraine Sergey Taruta, co-authors of the Doctrine and scholars, experts.

“According to the methodology “foresight” as we have only 3% probability to achieve by 2030 balanced development. This tiny opportunity we must use,” says the author of the publication “Ukraine in 2030: the Doctrine of balanced development” Sergey Taruta.

The authors of the doctrine claim that by that time Ukraine did not have any such document for the strategic development, although the entire civilized world long-term plans.

“Doctrine is just that, whereby it is possible to achieve economic growth of at least 10-15% per year to 2030, Ukraine’s GDP amounted to 710-750 billion. This growth is more than 8 times the existing level. These plans seem unrealistic, but we see the successful examples of Singapore, South Korea, and Japan. The development of ideas, knowledge and innovation in the world captures all spheres. As a result, the capitalization of one of the American company Apple — several times more than the GDP of Ukraine”, — said Sergey Taruta.

This strategic document for the first time proposes guidelines and measures for accelerated economic growth of Ukraine. To achieve high rates of economic development of the country needs innovative modernization of the national economy based on man-centered development model. The necessary steps for this is the unshadowing of the economy, deregulation of business, the fight against corruption, liberalization of tax policy, the introduction of innovative technologies, it and creative economy, reduction of energy consumption and so on.

“The majority of OECD countries adopted in the year before their development strategies until 2030 and implemented them,” adds one of the authors — Oksana * head of Department of management of innovative and investment activities of economic faculty of the Kiev national University. Of Taras Shevchenko.

Serhiy Taruta says: “Many did not believe that we will be able to write such a fundamental document. Because society is easier to manipulate without knowing where it goes”.

The doctrine was created including for the Ukrainian young people had not emigrated in order to provide an opportunity for diversified growth in Ukraine. “Our goal is to show young people that Ukraine has a future”, — said Sergey Taruta. This Doctrine laid the formation, by 2030, at least 50% of the middle class, which is the basis of the economy of developed countries and the main bearer of democratic values.

“Another ambitious goal of the Doctrine is the continuation of life of Ukrainian men for 8 years, and women for six. Because now the average life expectancy of women is on average 8 years longer than men. However, compared with Europe, in Ukraine, unfortunately, the worst performance”, — adds the MP.

Special value attaches to the Doctrine that it was written by Ukrainian scientists-economists on modern mathematical modelling methods and world recognized models for estimating future development, but without the involvement of Western grant funds, that is, the content is not influenced by subjective factors.

Doctrine already represented in more than 14 major higher educational institutions of Ukraine. Besides, it was discussed in the parliaments of Britain, Germany and France. In plans — till the end of September to present it in high schools in all regional centres of Ukraine.

Work on the document is not the end of his public presentation. The authors expect feedback and substantive comments for revision of the Doctrine, including up to the level of formation of the list of specific actions — road maps.

At its base can also create regional projects of strategic development up to 2030. The authors of the doctrine are ready to provide all the necessary advice and methodological assistance.

Also, the project will create an online platform where everyone will be able to discuss doctrine, to talk about their vision of the country and to provide specific suggestions.

A British scientist claims that the coronavirus came from China: he’s always been here (ABC, Spain)