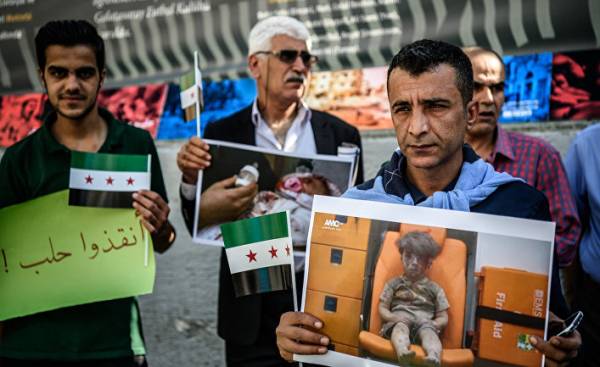 It is essential to identify the true causes of the Arab movement that swept some countries of the Arab world at the beginning of the second decade of the new century. Among them, political tyranny, dictatorship, absolute power services, security, social injustice, domination of foreign forces which humiliate citizens and hurt the dignity of the nation. On the one hand, we see the powers that be, and on the other the aspirations of the masses, and growing in them a feeling of hatred for social injustice and humiliation that has reached such a level that took the form of national political decisions. As a result, we understand that all of the above was the cause of the so-called “Arab spring”, the consequences of which was different for the Arab States. Various were the motives to commit revolution, the conditions in which originated the protests, not to mention many other factors. In addition, greater importance was the strategic position of the state, the degree of its dependence on external players, the demographic situation in the country, as well as the level of religious, social and cultural identity.

After the death of the “Arab spring” it became evident that in order to end the war in Syria and win the ideological victory over all aggressors, just as they were defeated at the forefront, you must reflect their rhetoric, to deprive them of their excuse for aggression. You need to show that their slogans are false and can not be proclaimed to those who are right and fair.

At the beginning of the protests came on the scene “revolutionaries” who began to demand freedom after years of oppression, tyranny, and control the lives of the Syrians from the security services. In particular, they wanted the abolition of emergency law, freedom of the press, of speech, granting the right to establish political parties, the adoption of democratic laws and human rights protection. No state, even the Syrian, could not ignore these requirements. Soon the Syrian leadership has recognized that these requirements are valid and meet the necessary dialogue between society and the authorities, but subsequent demonstrations showed that the opposition had no illusion about the overthrow of the regime and seize power with the help from abroad. But Syria was the only country in a series of revolutions the “Arab spring”, not to repeat the fate of Tunisia, Egypt and Libya. Events in these countries have prepared the ground for mass protests in Syria, demands the overthrow of the regime and pressure from the media of those countries which began to Fund the overthrow of the regime.

No country where the “Arab spring” resulted in regime change, is not a worthy example of change. If we carefully study the achievements of the Arab revolutions, with all their diversity, with the differences inherent in the regimes in Tunisia, Egypt, Libya and Yemen, and taking into account prevailing in these countries chaos, we make sure that all these changes were needed only to the West, although local or regional in nature.

There are countries that have very quickly got rid of their rulers, there are those where it is required the use of violence, and there are leaders whose fate was determined during negotiations at the regional level.

With all the variations of the Arab revolutions later it became evident that the “United civil society” to speak at the University’s language, is not so easily achievable, and what is happening today in our societies, it is not that other, as destruction. This applies both to the infrastructure of our States and the division of society into religious, ethnic, racial and tribal groups. Self-destruction is also expressed in the fact that people are destroying the laws that support public order and become hostages of the instability. They act with contradictory demands, placing its main objective the achievement of personal liberty, but in an unstable society impossible.

Fictional, far-fetched slogans began to sound once it became obvious that the opposition is not able to rationalize the requirements of the population in order to participated in the national dialogue.

When the opposition began to fail, her behavior began to show signs of arrogance. Soon she decided to move to armed struggle with the support from the oil States, Turkey and Western countries. Started chaos and “revolution” in Syria, experienced the third turning point after the failure of the opposition from the dialogue and transition to the armed struggle. Began the “Islamization” of the opposition, which demanded the establishment of the country of Sharia and the establishment of the promised Islamic Caliphate.

True freedom cannot be achieved when the choice of the people imposed by outside players, and the country occupied, because we have seen how this happened in Iraq. After a period of the us occupation of Iraq and couldn’t come to democracy. But we have witnessed the absurd situation jihadist groups, when the full freedom led to the establishment of religious laws. These laws were enacted in the absence of any coercion or repression of society have been ready at the first opportunity to carry out a coup against themselves.

Referring to the confusion of the opposition and the ambiguity of the designs, the “revolutionary” forces used all legal and illegal means to achieve its single goal — the overthrow of the regime. It soon became obvious contradictions of the revolution: the path to democracy began to go through the authoritarianism and dependency, cultural and religious diversity in Syria is faced with a narrow way of thinking of Islamist groups. Currently, these groups only follow one simple rule: “Who is a revolution, the believer who is with the regime, the infidel and must be killed.”

Followers originated in the desert religions (I mean Wahhabism — approx. ed.) don’t realize that Syria is a country of moderate Islam, in whose shadow remained all cultural, ethnic and religious diversity of the Syrian people, an example for the world. Bringing on Syrian territory alien to the ideas specific to the desert, will not solve the unique problems of this country. Ideas born in the lands of Najd and Hijaz (region of Saudi Arabia approx. ed.), can contribute to national unity, and their distribution in Syria is a big threat to the complex structure of the country. Diversity will be replaced by incitement to murder and Takfir those who do not agree with these ideas. The existence of this religious current in Syria will give a fatwa for the murder of more than half of the population in Syria, endless civil war, which would entail the collapse of Syria into several parts. This in turn will cause regional disasters, with unpredictable consequences. It is for this reason required to take immediate action on the part of the Syrian regime and its allies in all areas.

Today, Syria has closed the last door to those who waged war against her, it exposes all the false accusations, ruining dubious concept and creates a new Glossary, in which there is no place that means achieving goals with the support from the West, there is no place short of the “Arab spring” that is pleasing only smug America. Syria approves new freedom and just laws, which are national independence of a state committed to justice in the wild of globalization, neo-fascism and arrogance of large corporations and shadow governments in the Western world.