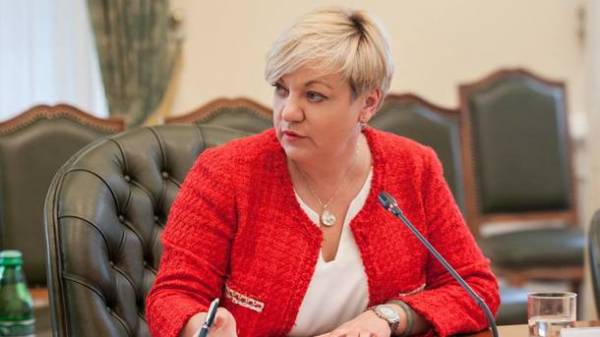 The National Bank of Ukraine (NBU) does not confirm information about the alleged resignation of the Chairman of the NBU Valeria Gontareva. About it “Today” reported in a press-service of the financial regulator.

“The press service has not confirmed the information on resignation of the head of the NBU Valeria Gontareva. NBU is traditionally the month reports about the upcoming changes in the composition of the Board. This message is not displayed, which means that the information is untrue”, – said in the national Bank.

States that now all members of the NBU Board, including the head of national Bank Valeria Gontareva, work according to plan and have a busy schedule.

We will remind, before mass media reported that NBU head Valeria Gontareva allegedly leaving her post. “The decision was made, looking for a new head. She (Gontareva – Ed.) did not write the statement, but said the composition of the Board of the national Bank, is resigning,” – said the President of Ukraine Petro Poroshenko.