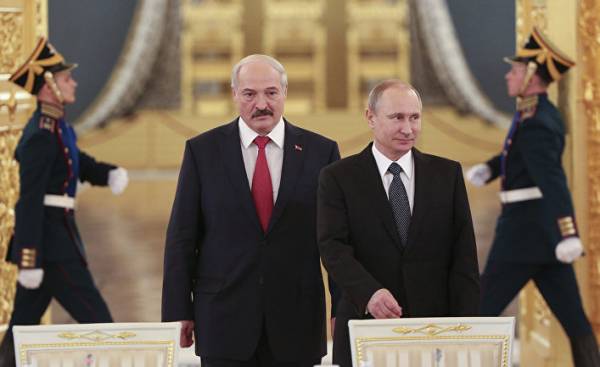 In the Internet appeared the message that the Ukrainian hackers gave the project InformNapalm materials stolen from the computer of the citizen of Belarus Alexander Usovskogo, who has performed brain operations center for the dissemination of anti-Ukrainian and Pro-Russian sentiment in Poland and some countries of Eastern Europe.

It is told that the Ukrainian hackers gained access to letters and documents — estimates of different kinds of shares in Poland, the organizer of which were allegedly Usovsky. Described in correspondence to the considerable sums he was offered the Deputy of the Russian Duma Konstantin Zatulin to establish contacts, in particular with the Polish right-wing organizations and also with the assistants of parliamentarians from the Polish peasant party (PSL), the movement of “Cookies’15” and even the “Law and Justice” (PiS) in order to obtain their support in anti-Ukrainian and Pro-Russian actions. The plans Usovskogo also included organization of anti-Ukrainian performances of Polish Patriotic organizations and nationalists. The purpose of these actions was to incite anti-Ukrainian sentiment Volyn massacre. It was also planned, for example, a competition of films with Pro-Russian content, or even to persuade those living in Poland, Ukrainians to sign a statement that they condemn Volyn crime and deny the followers of Bandera.

Fronda.pl: Is Belarusian Alexander Usovsky, the contacts of which with the Deputy Konstantin Zatulin said the hackers a threat? And whether, in your opinion, to trust this content?

Targalski Jerzy (Jerzy Targalski): it was an extreme nationalist circles who want to strengthen their position with the help of an Alliance with Russia against the United States and Ukraine, but also often rely on anti-Semitic ideology. This whole story seems fake, as no Belarusian we do not need: we have a lot of people who out of hatred to Ukraine, America and the West in General ready to serve the interests of Russia.

They can even add the crooks who are trying to gain a foothold on the political stage, appealing to this target group. These circles are susceptible to Russian propaganda, they want to serve Moscow, seeing it as their future. Nike Belarusian as a bridge does not need them: they have their direct contacts. If Laughter Adam (Adam Śmiech) of the extreme anti-Semitic organizations “Loyal to the sovereign Poland” is part of the leadership of the pan-Slavic movement in Moscow, why would he some Belarusian. It’s just fiction. Maybe some trickster in Belarus decided that he can do something to earn some money. However, it seems not too plausible, because such things are resolved at the level of operational intelligence officer in the rank (the maximum) captain. And all Belarusians here.

– From the submissions, it follows that Usovsky tried to establish contacts with the Polish deputies from the Polish peasant party, some assistant (apparently non-existent) movement of “Cookies’15” and even referred to a conversation with the assistant Czarnecki Ryszard (Ryszard drew Mego) of the “Law and Justice”.

— First of all, the Polish peasant party is Pro-Russian stance, she has contacts at the highest level, some Belarusian, maybe there is, at most, to beat a Mat at the door. Let me remind you about the gas contracts signed Waldemar Pawlak (Waldemar Pawlak). I guess no one thinks that this occurred at the level of some Belarusian. It’s all a fraud and a fake. As for Czarnecki, it’s unbelievable. I don’t think he holds in his surroundings, people who can begin negotiations with Pro-Russian forces or Russians. With his views it is impossible. The same goes for cookies Rafale Otoko (Paweł Kukiz).

Such contacts are knotted at a much higher level, no one is negotiating with people who do not have weight. Belarusian can refer to anything, but it means nothing, maybe he’s just a dreamer.

It turned out that the person from the “Cookies’15”, about which he says, in this game nobody knows. So it’s all a lie. Active in Poland, the Russian agents is thriving and enjoys all rights. She acts completely freely, without restrictions, because its guard are decomposed and employees of the destruction of our country by the courts. All this related to the Belarusians the story is fake, and you have to wonder why they’re making such an operation?

– Duma Deputy Zatulin in fact, once I met Usowski.

Is in the first place shows that the site informnapalm. org are Russian agents. From the perspective of Russian agents — this is very useful, because the Russians seek to sow chaos and discredit those who fight with the Russian propaganda and misinformation. Russia wants no one believed in anything anymore.

– The Russians want the misinformation came from all sides, and people stopped to Orient who can stand?

Let them not believe, and Russia, and those who try to resist it: the main thing that no one believed in anything anymore, so everything seemed a lie. Then the Russian actions are not confronted, as in nothing believing a society that sees everywhere liars and criminals, are not able to provide any resistance. The second aspect is the attempt to sow discord in these circles.

— No, we are talking about the right-wing Patriotic circles. Nationalists believe Belarus is an ideal partner because it acts as a replacement for Russia. The idea of cooperation with the Lukashenka gives them joy because it seems like a sort of analogue of Putin. Imaginary independence Lukashenko justifies cooperation with Belarus, which represent an alternative to contacts with opposing Russia Ukraine.

— He released prisoners soon to plant them again. Where he will find a new one? First, he let them go, and then the time will come when they will return back to prison. Lukashenko just wants to get from the West money, because in Belarus, overdue economic disaster, it is bankrupt the country. Meanwhile, many poles considered it the model of development of the model: such opinions can be found on the portal naszeblogi.pl or blogs on the website niezalezna.pl. I remember as a decent, but not very smart people, were scattered there in the enthusiasm about great economic development and prosperity of Belarus.

Retraction of this story about Belarusians, I believe, intended to force our right-wing Patriotic circles to turn away from Minsk. This may mean that Moscow is still ready the Belarusian operation.

Yeah, but its signals are designed to raise the stakes in the deal with Putin. Lukashenko does not provide any real resistance, he just wants to squeeze most of it.

– That is, flirting with Poland, he raises the stakes?

— Yes, he fills his worth in negotiations with Putin, and at the same time, as usual, is trying to deceive the West and to obtain money from him. No concessions to the poles it is, of course, will not go, but will derive political and financial benefits. 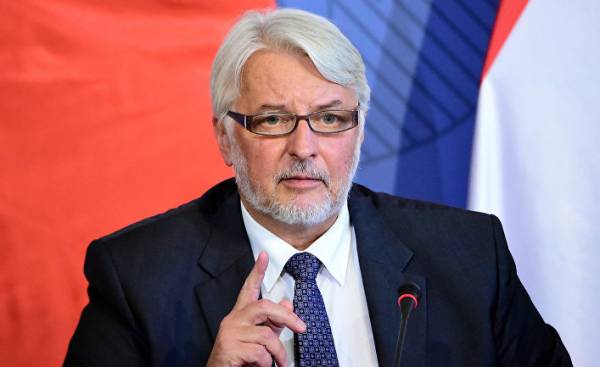 A sudden rush of love, the foreign Minister Waszczykowski (Witold Waszczykowski) to Lukashenko inexplicable, however, love isn’t logical: it just covers a man, and all. The victim of such feelings just fell, the Minister Waszczykowski. So happens. Add in his defense that Cupid’s arrow has pierced the hearts of many representatives of the right Patriotic camp, and Lukashenka began to seem to them an extremely attractive bride.

– Whether some part of the Belarusian society to support the idea of rapprochement with Poland, seeing it as a chance to normalize the financial and economic situation in your country?

— What wants the Belarusian society, no one knows, including me. Rather, it wants in the first place of tranquility and fortune. And it will support the one who will give it. However, the support or opinion of the Belarusian society has no special significance, since it is not ready to invest in this support.

– So the whole story about what was going Usovsky with the help of Russian money to influence political (including Patriotic and nationalistic) Polish circles, this is a fake, another lie, which is designed to foster feelings of mistrust and to create the impression that objective information does not exist?