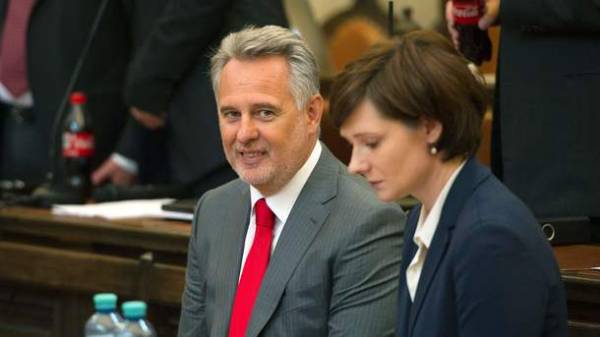 The court in Vienna (Austria) was fired by Ukrainian businessman Dmitry Firtash under previously made a Deposit of 125 million euros. This “Ukrainian truth” said a source close to the defense of the entrepreneur.

As reported, on February 21 the Supreme land court of Vienna has lifted a ban on the possibility of extradition of the Ukrainian businessman Dmitry Firtash in the USA.

We will remind that earlier the court of first instance considered that the request of U.S. prosecutors is politically motivated, and refused her extradition. Now this refusal is repealed, and the question is passed in conducting the Minister of justice of Austria, who must agree to the extradition or to refuse it.

In this connection, the opinion of two Austrian ships were diametrically opposed, hard to say. The very accusation Firtash in the United States, is quite doubtful, since we are talking about the bribe allegedly on behalf of Ukrainian businessman gave in India 10 years ago. The deal materialised three years ago in the midst of the turbulent events in Ukraine. Therefore, there is reason to believe that here has not done without a policy. And because the political line of Washington after the arrival of Donald trump change, then it is likely that politically motivated decisions will change.