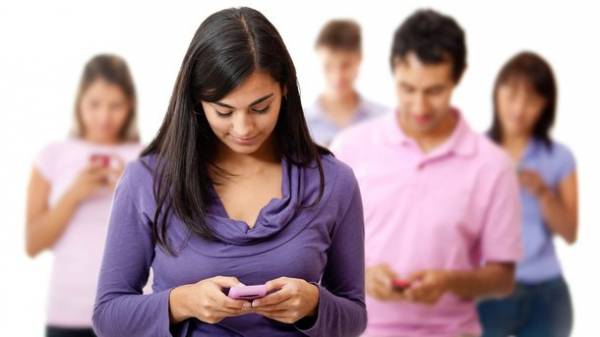 Experts from the Budapest University found without a mobile phone many young people have symptoms that resemble the symptoms of post-traumatic stress disorder (PTSD). This writes the “Mood” with reference to Zee News.

The study involved 87 of smartphone owners aged 18 to 26 years. Members held on laptops simple mathematical tests. They were allowed to use calculators on smartphones. Then half the volunteers were asked to turn off the smartphones, but leave them next to each other, and the other removed the phone in the wardrobe standing in the corner of the room. Some members gave other smartphones. During the experiment the cardiac monitors to monitor the state of the cardiovascular system of volunteers.

The study showed that the participants who pulled the phone, the heart was declined as well as people suffering from PTSD. In addition, every third volunteer left without a phone, began to fidget and itch. This behavior indicates stress. 20% of the participants was drawn to the closet. Interestingly, another mobile phone was somewhat reassuring volunteers.