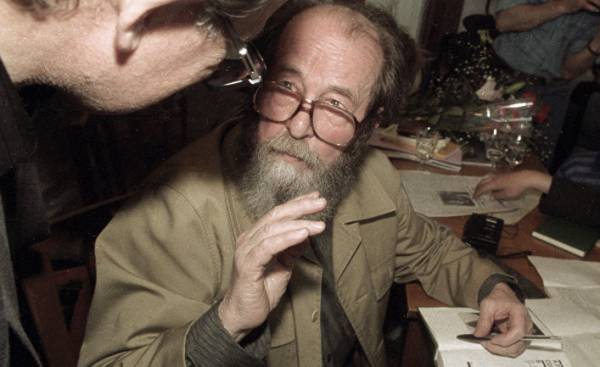 Russia currently has bloomed with lush discussion environment. Think tanks and Internet sites are growing like mushrooms after rain. A large majority of them is a conservative way of thinking.

During my recent stay in Moscow I took part in meetings of two new conservative circles, where the debate was fun and there were lots of curious questions from Russian to Danish and Vice versa.

According to A. Y. Minakova, Professor at Voronezh University and Director of the Center for the study of conservatism in Russia there are 8 different directions of conservatism.

According to Minakova, Russian conservatism has always been a strong philosophical direction, but weak in an institutional sense. Despite this conservative circles in 1812, managed to win the respect of society and thereby win the fight against Napoleon. But in 1917, such luck was not. The 1917 revolution was a social disaster that could have been avoided if the structures of the state there was a conservative idea. But it was not. These structures are under the influence rather of liberalism and lost Lenin.

In 1991, the revival of conservatism.

I reproduce here the designations and descriptions that Minakov gave a different conservative areas (or in Danish areas of the right-wing) that appeared after 1991:

1. Marginal conservatism, consisting of monarchists and the heirs of the pre-revolutionary movement “Black hundred”. These movements are so vivid and strange that in the West and the liberal media, they can be used as the picture of terror to discredit conservatism in General.

2. The national Bolshevik movement which was an attempt to combine patriotism, socialism and Christianity. We can say that Stalin and the organizers of the coup against Gorbachev in 1991 belong to this movement. Today they have big support.

3. Church conservatism by the Church and cultural movement “Council of the Russian people”, established in 1993. He established concepts such as the Russian Diaspora (about 20 million Russians living outside Russia) and “Russian world” — a cultural concept that is currently referred to as the “Russian question”. Today, the Church is not involved itself directly in the political debate.

4. Liberal conservatism or the movement of neelamangala. This direction is strongly influenced by Solzhenitsyn, who returned home from exile to Russia in 1994. Directly after this he wrote “rebuilding Russia,” a work of enormous punching power. Solzhenitsyn is here that the Russian problem was solved on the referendum on the establishment of the post-Soviet borders. Thus Solzhenitsyn was put on the agenda the creation of Russian national state. Those party organizations, which have arisen on the basis of this ideological orientation, was not a particularly successful organization. Neither “homeland” nor “Cadet” or “Russian Christian movement” were short-lived as a party, but many members of these movements currently occupy high positions of influence.

5. Neoeurasian movement, anti-Western and non-Christian movement, which is primarily influenced by the philosopher Alexander Dugin. It encourages Russia to form a block with Asian countries to counter the West. In the West talk a lot about Dugin. Maybe because he is very bright. But also because he speaks English and is a very active blogger. His influence in Russia is not large.

6. The national conservative movement (medicosanitary) originated on the Internet as a press club around 2000, with the Central figure Cimburkova. It published the weekly “Conservative”, which however is no longer published. Currently the movement is working on the publication of the “national question” and advocated that Russia has defined itself as a national state. National conservatives can take credit for what Putin used the term “nationalist” about himself.

7. Social conservatives are the very young of many conservative movements and are influenced by the philosophical-political anthologies of “Fracture” and “Scaffold” edited by Alexander Shirokov. The members of this circle believe that the world is currently divided into two halves. Euro-Atlantic model of civilization in its current form has reached its boundaries of development and now we are talking about a powerful reaction against the globalist, postsvetskom (that is, not secular, and therefore heretical, Muslim or Christian) liberalism. The reaction consists in the search for national identity and national traditions. Social conservatives see the solution in the old, traditional, Christian values and social justice in the form of a greater degree of economic equality.

8. Official conservatism, the party of power, which inspires mainly liberal conservatism, but which now carries some of the features of the other aforementioned movements here.

In 90-e years during the Yeltsin ruling party was liberal and Pro-Western. But in the spring of 1998, especially in the day when Prime Minister Primakov was flying to the US and turned the plane in the air, because NATO began the war over Kosovo, it became clear that following the West impossible. However, during Putin there liberal agenda of economic policy, but in policy values the main place was taken by traditional Russian national and Christian values. After the protests of 2012 and Crimea in 2014, according to Minakov, it became necessary to clarify what precisely was supposed to go into the ideology. According to him:

• Opposed to globalism in favor of national interests.

• Speech for a multipolar world.

• Critical attitude to the West.

• Protection of Christian values, especially the vivid expression of which is the traditional family.

• The recognition that the Russian people more than others scattered around the world, and the desire to maintain and consolidate the Russian culture among all Russians, including those located outside of Russia.

As mentioned above, I met with representatives of different areas during my last stay in Moscow.

When I asked why this blooming conservative environment is not presented as political parties, I was told one analyst that the ruling party is doing everything he can to avoid a new conservative party. Currently, most of the above areas represented by the factions of Putin’s party “United Russia”. It gives the powers more space to maneuver and avoids conservative contradictions in society. It is more practical to have the liberal opposition. Liberals have no national framework to have a big impact. But the ruling party may during the debate with the liberals to show exactly what they want to fight.

When I asked how things stand with freedom of speech in Russia, most surprised at my question. They explained to me that you can say and write whatever you want. You can organize discussion clubs and to publish books, create Internet sites and blogs. But it is not always possible to access the media. Especially television is the TV propaganda, which operate within the approved political routine, which editors quickly learn. No need to send anyone to Siberia, because the desire career quickly leads to self-censorship within the desired direction.

But on other platforms, you can speak freely. Poet there are plenty of books and magazines representing a variety of positions.

I always admire Solzhenitsyn and are very sympathetic to his ideas. Two conservative movements, which most coincide with his thoughts, the national konservativnoi and social conservative, have much in common with European parties of sceptics towards the EU in their desire to regain their national and religious identity.

I think that the West will be useful to get acquainted with all these thoughts. They could contribute to the fight against the utopia of the EU. But maybe it was to avoid it, was invented by the cold war. I do not know. But I would like to the army of translators began to translate the thoughts of the new Russian conservatives in the Western language.

The user Rap And writes:

The krarup was in Russia and had contact with the flourishing Russian conservatism, which is supposedly absolutely impossible to compare with the Danish national conservatism, and got a confirmation that freedom of speech in Russia allows you to write and to speak everything that is possible, the main thing that it was false news.

“In response to mass demonstrations after the 2011 parliamentary elections, the Soviet government adopted a number of laws and decrees, which helped to strengthen his power. The new laws dealt a severe blow to freedom of speech and Assembly.

The new laws significantly curtailed the opportunity to openly Express critical and independent thought, the government received the legal right to dramatically suppress the protests that are in opposition to the values of the government.
The new laws have led, in particular, to what critical journalists, politicians, artists and lawyers have been arrested and prosecuted that foreign organizations are registered as foreign agents, and that LGBT activists are subjected to harassment, assaults and flagrant discrimination.” 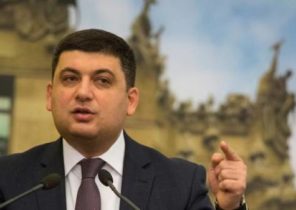