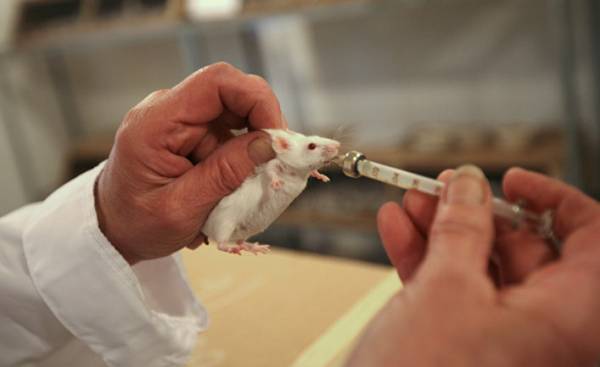 Swedish and Russian scientists made a breakthrough in the field of anti-aging, conducting experiments on mice, as evidenced by a new study. Scientific work was conducted with the stations generate energy for the cells — the mitochondria that produce all the energy inside the cell. But the mitochondria produce and by-products such as free radicals and reactive oxygen compounds that play an important role in aging.

The harmful effects of reactive oxygen compounds, can be prevented with antioxidants, and this study used synthetic antioxidant SkQ1, aiming acting on mitochondria.

The result of experiments shows that SkQ1 in drinking water inhibits expression of the physical signs of aging in mice.

In the scientific work of the Swedish researchers used mice that have undergone genetic effects in order to accelerate their aging. These mice live for less than a year, that is two times less than a conventional mouse, living on average two years. Signs of aging in these mice reduced weight, lower body temperature, osteoporosis, thinner skin, inhibited the estrogen cycle in females — appear on the hundredth day of life.

All these manifestations of old age slowed down or even not arise in mice whose drinking water was added small doses of SkQ1.

“This work is of great importance from both theoretical and practical point of view. On the one hand, it shows the key role of reactive oxygen species generated by mitochondria in aging mammals. On the other hand, opens the way to the treatment of aging with antioxidants specifically targeted to mitochondria” — said in a press release, study co-author Vladimir Skulachev. He highlighted the SkQ1 molecule.

The next step is to create a product for people on the basis of SkQ1. This medication will speed clinical trials and, if approved, will appear on the market within two to three years.