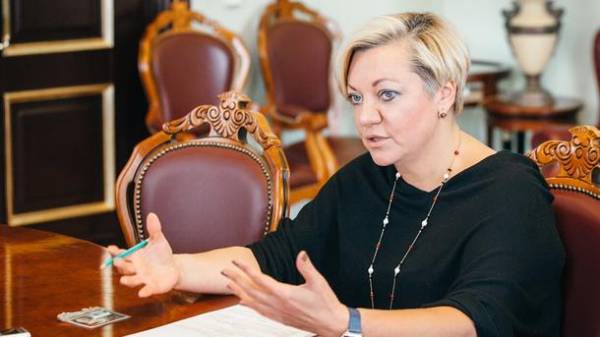 The continued blockade of Donbass will lead to a decrease in foreign exchange earnings to the country.
This was stated by the head of the National Bank of Ukraine Valeria Gontareva, reports “UKRINFORM”.

“Negative consequences for our balance of payments can be at the level of $ 2 billion. On the one hand, I can see a reduction of foreign currency revenues from metallurgists, on the other hand, the demand for currency, which is needed for the purchase of coal,” – said Gontareva in an interview with Reuters.

According to the calculations of the NBU, in 2016, the exports of metal products abroad totaled $ 8 billion, or a quarter of total exports.

She added that with the International monetary Fund (IMF) last week discussed the steps in the event of a significant escalation of the armed conflict in the Donbass.

“In our baseline scenario of macroeconomic forecast these events were not included. But we have a script and for a rainy day. We understand how to respond in terms of balance of payments and banking regulation,” – said Gontareva, without disclosing details.

Previously Deputy head of the NBU Dmitry Sologub also warned that the blockade of supplies of coal with uncontrolled territories in Donbas could lead to the destabilization of the currency market.