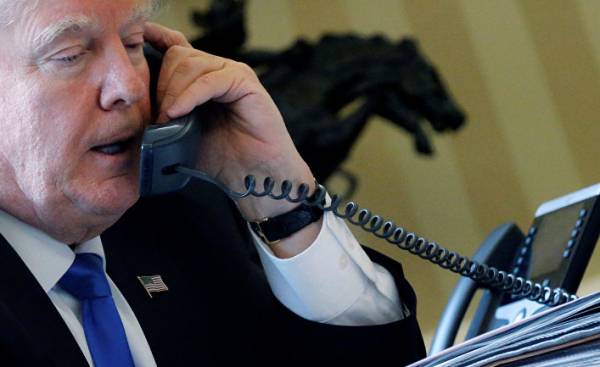 President Donald trump, the American nationalist, committed to the idea of restoring the economic power of the United States, in particular positions of the middle class, and the rule of law and peace abroad, are now confronted Russian nationalist Vladimir Putin on key matters of national security in Europe. It is unclear what the result will be, however, as trump said in April 2016, it’s time for a new American strategy.

Before administration, trump will begin to reconsider relations with Moscow, it is necessary to understand that Vladimir Putin and his country had experienced the powerful influence of the two camps, Bolshevik and tsarist. The Council, which George Kennan (George Kennan) gave President Truman in 1947, is still relevant: “It is a prerequisite of successful cooperation with Russia, — he wrote. — Demands on Russian policy should be put forward so that she was able to accept them without sacrificing its prestige”.

Putin is a calculating, well-educated leader who knows his strengths and weaknesses. Putin is not surprised that his seizure of Crimea provoked a military confrontation with the West (SIC — approx. ed.). And despite the serious sanctions and near-universal hostility to Moscow, Putin has managed remarkably well to hold Russia through this economic storm.

Thus, if to offer Putin another version of Obama’s claims about Russian withdrawal from Crimea, the attempt is doomed to failure from the start. The Crimea was never an integral part of Ukraine in 1954, Nikita Khrushchev gave it to his comrades in the Communist party (rumored to be in a state of alcoholic intoxication). Moreover, the leader of the Russian Orthodox Church, Patriarch Kirill described the Putin return the Crimea, the reform and modernization of the Russian armed forces, as well as the revival of the Russian economy as a “divine miracle.” Of course, the Patriarch will agree not all Russians, but the majority of the population supports Putin.

Putin really wants the Ukraine back under Moscow’s control. If he achieve this, then the Russian troops will have the opportunity to get to the border with Poland, taking a position with which Russia can threaten the West. Russian tsars chose such geostrategic position. Is it possible to convince Putin to unattainability of such a result? Maybe.

Putin knows that there are at least 30 million Ukrainians, who will fight against the Russian army if it invaded the territory of Ukraine. What’s worse, the bloodshed in the Donbass increased the number of young Ukrainians, who are determined to resist to the Moscow regime. Today, Russia simply will not be able to destroy 6 to 12 million Ukrainians, as did the Bolsheviks in the 1920-ies and 1930-ies. Putin, rather, would prefer to control the human resources of Ukraine, to increase the number of Slavs who may be called to serve in the Russian armed forces.

Putin also is very sensitive to changes in the attitudes of the Russian population. It’s one thing to exterminate the Muslim minority in the Caucasus. Russia has used this strategy over the past 300 years. It’s another thing to kill the Slavic Christians in Ukraine. This strategy will never enjoy the support of the people.

In General, Putin may not like the idea of having to abandon his campaign to restore Imperial Russia’s control over Ukraine, but depending on what offer trump, the American President will probably be able to convince Putin of expediency of such a step. One option to consider is the model of the future of Ukraine based on the example of the Austrian state Treaty signed in 1955.

During the cold war of the Austrian state Treaty proclaimed Austria an independent state. Representatives of the Soviet Union, the United Kingdom, the United States and France agreed that in exchange for the restoration of national sovereignty and political independence of Austria the Republic of Austria announced its absolute and unconditional neutrality. As in the case of the Austrian state Treaty, the Ukrainian state Treaty could include the points prohibiting Ukraine to move closer to NATO and to prevent the establishment of military bases of foreign States on its territory.

If Putin will prevent the realization of the idea of a neutral and independent Ukraine, on the territory of which will not be foreign military bases, he will face a real strategic risk. It can awaken Berlin — the sleeping military giant of Europe. Germany still has a huge advantage (along with Sweden, Finland and the Baltic States) in terms of human capital and scientific and industrial power. Putin is quite able to come to the conclusion that in the end it is much wiser to establish relations with Germany and the Nordic countries than to fight with them.

In the East Putin faces strong Japan, seeking to regain their territories which she had lost at the end of the Second world war, losing them to Russia. It is no coincidence that the massive military maneuvers Russia since the end of the cold war took place in Eastern Siberia, not in the West. Tokyo will not rest until they get what they want. In Central Asia continues to grow China’s economic power, which must be very worried about Moscow.

Putin also knows that we Americans are part of the West, which he opposed in the Ukraine, in Poland and the Baltic States. Any steps that Putin is doing in Eastern Europe on the basis of the assumption that Washington will not take retaliatory measures, are foolish. Putin knows how much surprised to Berlin, when Britain declared war on Germany and Austria-Hungary in 1941. Given the fact that now the President is trump, Washington became for Moscow the same unpredictable factor, how was the London to Berlin to both world wars.

Washington and Moscow may never become friends, but they can be partners with limited liability. This concept President of the trump understands. And if the administration of the tramp formed a new American national strategy, it should be based on the need to consider the interests and to avoid unnecessary conflicts, not to repeat the mistakes of the bad policies of the recent past.