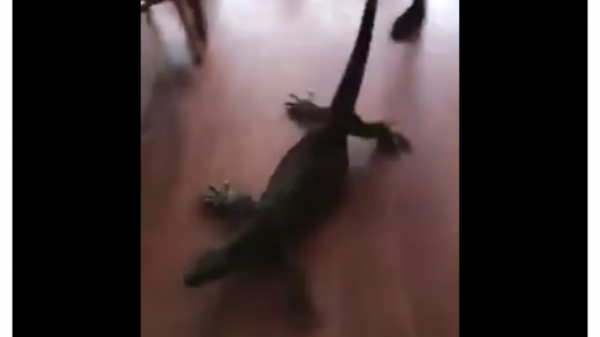 The video with the fearless girl and lizard was published on Facebook.

The video shows how a girl named Samia grabbed the lizard by the tail and pull it through all the school to release into the wild. The restaurant applauded her.

The video for a few days has collected about 350 thousand views.

Meanwhile, on the seabed was another battle for survival: the competition between the octopus and crab with an unexpected end.