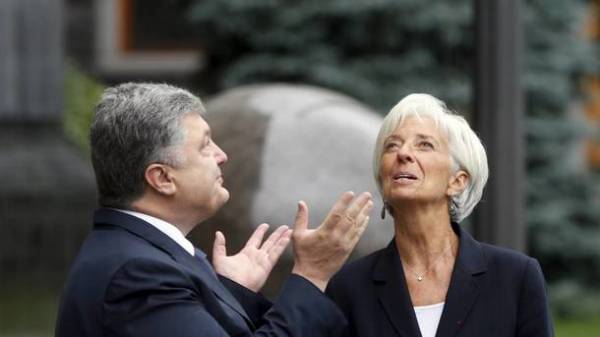 Ukraine in the near future will sign a Memorandum with the IMF and will receive credit tranche amounting to more than a billion dollars. Conditions for obtaining a cheap loan is still not officially published, as they say in the Cabinet, the main recommendations of the IMF: pension reform and to open the land market. “Today” figured out how it can change the life of Ukrainians after the signing of a Memorandum of cooperation with the International monetary Fund.

The main requirement of the exchange Fund to reduce the Pension Fund deficit, which last year reached 145 billion, and this will be at 141 billion. As stated in the Cabinet of Ministers, by April the government will introduce to Ukrainians the draft pension reform agreed with the IMF. In the previous Memorandum, the Ukrainian government has committed itself to adopt a law on pension reform until December of 2016: the promise is not fulfilled. The deadline has been extended until the end of March this year. 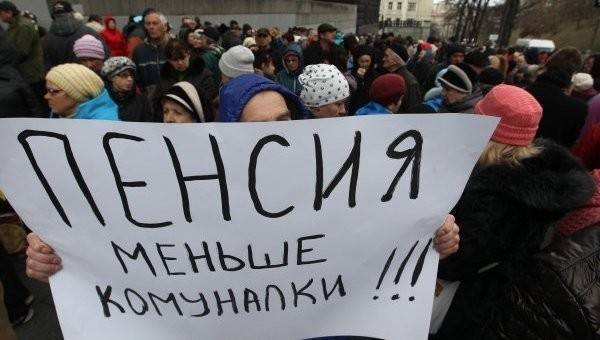 So, retirees live on the contributions of the Ukrainians. Now 10 employees comprise 11 pensioners. Raising the retirement age would reduce the number of pensioners, however, says Andriy Reva, Ukraine has the opportunity to increase the number of employees. Of the 16 million Ukrainians employed contributions to the Pension Fund only pay 10 million.

ERUs will have to pay for all. As told “Today” in the Pension Fund, at the moment officials are considering the possibility to oblige to pay a tax to the pension Fund of all working Ukrainians without exceptions. “In the world applies the obligation of payment of insurance contributions for the whole working population. We’re still studying this and other methods. But there are methods, such as voluntary involvement, and compulsory payment”, – says Mykola Shambir.

Pensioners will be banned from working. According to Andriy Reva, will affect not all Ukrainian pensioners, but only “the rich.” So, thousands of Ukrainians receive pensions of more than 10 thousand hryvnia, and some pensioners, for example, judges who on retirement receive more than 200 thousand hryvnia. Pensioners with high pensions, assume in the Ministry, can deny to work (then you have to choose: either salary or pension).

In addition, recalculate pension size for pensioners with great experience, who has long gone on a holiday, the payments will increase significantly. However, instead, the government could abolish all allowances and increase pension age to those who did not acquired necessary insurance.

Pension reform, according to the draft of the Memorandum will take effect from January 2018. It is expected that it will six years to completely eliminate the shortage.

Ukraine has promised the IMF:

Gas can rise. Ukraine in 2016, has pledged to maintain the price of gas not lower than “economically justified” (the cost of imported gas plus transportation and taxes). In the existing tariff includes the cost of imported gas – $ 185 per thousand cubic meters, and the budget for 2017 is provided that natural gas for Ukraine will rise to 245 dollars.

Media note: IMF has agreed with Ukraine to revise tariffs every six months (before that it was about the quarterly tariff adjustments). If the tariff on the request of the IMF will reconsider – the cost of cubic meter of gas for Ukrainians will increase from 6.8 to 8.5 to 11 hryvnia per cubic meter of gas.

The grant will be paid in cash. At the end of March Ukrainians waiting for a Memorandum provided by the monetization of subsidies. This year a discount on the communal will to nine million families from the state budget will allocate about 51 billion hryvnia. “The monetization of subsidies discussed in the Cabinet. The Prime Minister, the World Bank and the working group of the Cabinet. The government thinks about it. Finally the realization that monetization is necessary, there”, – said the representative of the Ministry of Finance, the head of the office of reforms Yana Bugrimova.

According to the expert, as shown by the analysis of energy consumption, Ukrainian subsidies burn more gas. The Cabinet believe that if the money for grants to give to Ukrainians “on hand”, will have an incentive to save – less spent on bills, the more money is left.

Now the government is considering two main monetization models. The first is to pay money Teplokommunenergo (CTV), which will offset the subsidies, the second is to transfer the money allocated for subsidies directly to consumers. The second model also has several variants. On the card can list all the money, and the Ukrainians will be able to spend them at its discretion, or the card will list only the savings, if the grantee used the resources provided by a social norm. According to the plans of the Cabinet, and the monetization for CTV will introduce in March 2017, and monetization for users in 2018.

What already promised to Ukraine:

The Verkhovna Rada prolonged the moratorium on sale of agricultural land until the end of 2017. Last year the head of the IMF mission Ron van Ore noted that the existing moratorium on the sale of land makes it impossible to fully develop the agricultural sector and the use of land as collateral for obtaining loans.

“Therefore, it is important for Ukraine to move forward with land reform and to submit to Parliament new legislation that will allow the sale of land”, – said the IMF representative. 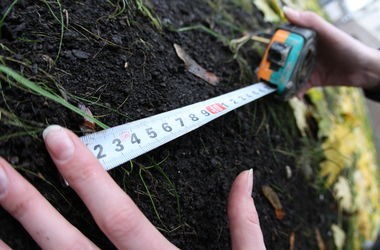 By the way, in addition IMF urges Ukraine for a three-year freeze minimum wage, cut social norms of energy consumption should be privatized and so on.

Tranche from the International Foundation depends on support from other international creditors. In fact, the IMF gives a green light for other lenders. To obtain funds, Ukraine is expected to sign a Memorandum on cooperation, which will take on certain obligations.

If the Ukrainian government does not agree with the IMF or otherwise, to enter foreign markets for loans and borrow at high interest rates, says the Executive Director of the International Fund blazer Oleg Ustenko. Some time without the loans Ukraine will be able to use the money of gold and foreign exchange reserve. Thus, according to Ustenko, in the gold and foreign exchange reserves is 15.5 billion dollars, 4 billion of them – a pure reserve, and the rest of the IMF money. Only in 2017 Ukraine should receive at least five billion dollars.

The amount of the expected tranche – about a billion dollars. The money will go into gold and foreign currency reserves of the National Bank.

By the way, at the moment, Ukraine’s state debt made up of 82.6%. According to the Finance Ministry, Ukraine needs $ 71 billion, or 1.9 trillion USD. Last year, the public debt rose by 8.3%, or by 5.47 billion. “During January-December 2016 the sum of public and publicly guaranteed debt increased by UAH equivalent to 357,58 billion. Thus in dollar terms, public and publicly guaranteed debt increased by 5.47 billion,” – said in statistics published by the Ministry of Finance.

A few months ago from the cooperation with the IMF refused Belarus. The Fund for the loan set a number of conditions: to increase communal tariffs, privatize state enterprises, to suspend payments. President of Belarus Alexander Lukashenko has considered the terms humiliating and the loan declined. “It’s humiliating not just for me. It’s humiliating for our people,” Lukashenka said.