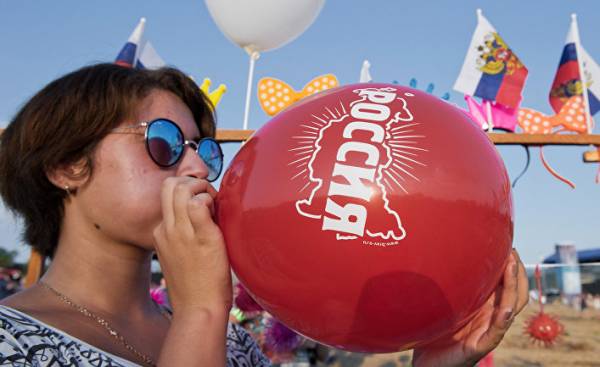 The Kremlin is trying to keep the annexed Crimea, with every passing month, losing the field for diplomatic maneuver. Reliance on nuclear bluffs and the threat of open war against Ukraine, has not worked. Now Moscow seeks to furnish a solution to the “Crimean issue” as if Ukrainians had voluntarily renounced its own territory.

Influential journalists of the American edition New York Times (NYT) has published “peace plan” that Ukrainian MP from the Radical party Andrei Artemenko podlogowe for former US presidential Advisor for national security Michael Flynn. Artemenko suggested to organize a national referendum on the transfer of the annexed Crimea is leased by Russia for a period of 50-100 years. “Peace plan” also envisages the withdrawal of Russian troops from the Donbass. Documents Flynn Artemenko passed through businessman Felix Suter, who had business ties with U.S. President Donald trump, and through counsel of the American President, Michael Cohen.

According to the editorial the NYT, the initiative Artemenko is not just another project settlement “the Crimean issue”. Ukrainian MP sees herself in politics. He assured Americans that supposedly has “dirt” on President Petro Poroshenko. This information, he believes, will help “topple” the incumbent head of state. Artemenko assured Suter and Cohen that “agreed” with adviser to the Russian President Vladimir Putin. It probably is about Vladislav Surkov. Further analysis of the political context shows that “the plan Artemenko” was probably written in Moscow.

Although Artemenko elected on the lists of the Radical party, he always insisted on “the restoration of relations” with Russia. Judging by his comments to the American journalists he has openly lobbying for the interests of the Kremlin. “A lot of people will call me a Russian agent, or a CIA agent. But how can you find a good solution between our countries, if we don’t speak to each other?” — said Artyomenko NYT.

Sutter and Cohen in conversation with journalists said that not discussed with the trump offer Artemenko. Which is not surprising. After loud resignation of Michael Flynn, the Russian lobbyists in Washington were in a difficult situation. According to New York Times, Cohen and Satara have problem with reputation. The first is under the scrutiny of the FBI — law enforcement officials are studying its relationship with Moscow. From Suter there are also black spots in the biography. A few years ago he was convicted of manipulating the stock market, which were involved in the mafia. Artemenko not better. At the beginning of 2000-ies he spent about three years in prison on charges of embezzlement. After he told me that the case against him was fabricated for political reasons.

The leak of “plan Artemenko” in the New York Times once again has shown the effectiveness of American political institutions. Free press is one of the pillars of democracy in the United States. Now American journalists, as grandiloquent as it may sound, guard the territorial integrity of Ukraine. It’s tough stance of civil society, States, Congress and journalists are not allowed the group of Russophiles surrounded by Donald trump to begin bargaining with the Kremlin at the expense of Ukraine. In their submission, the subject of the annexed Crimea has again returned to the political agenda of Washington in a very awkward for the Kremlin, the context.

If the information is of the American edition is confirmed, the action Artemenko subject to criminal charges of treason and assault on the integrity of the country. The MP in comments to Ukrainian journalists answered evasively to the question, whether he offered a “peace plan” Flynn. Information in the NYT he called “skillful manipulation”, while American journalists took his comments.

MP is not the first time repeats the Kremlin propaganda mantra regarding the foreign policy of Kiev and Ukraine’s place in European security system. Commenting on the recent Munich conference, he said that the West supposedly “tired” from Ukraine, our country was in the background, Brussels and Washington have enough other worries: the withdrawal of Britain from the EU, ISIS and the “new pragmatic policy of the administration of trump.” Similar theses systematically throws Moscow, since the summer of 2014. Kremlin experts and propagandists portrayed the “pragmatism” of the new government in Washington as the willingness to accept the annexed Russian Crimea, and leave Ukraine in the sphere of influence of Moscow.

Most interesting is that information about the “plan Artemenko” quickly picked up by Russian media. The impression that the text was prepared in advance. It was published almost immediately after the release of the information on the website of the American newspaper. After the “Crimean move” trump Moscow analysts like water to the clams. They almost never mentioned the us President, pretending like he hadn’t demanded the return of Crimea to Ukraine. Now, after the publication of the New York Times, in the course went to the new “manuals”. It turns out that the position of the trump in the Crimea is not “final”; the White house is still undecided and “plan Artemenko” is not rejected. Russian journalists recalled that close to the ex-Secretary of state Henry Kissinger expert Thomas Gramm has proposed for the Peninsula, “second referendum”. There is evidence that Moscow has not abandoned the idea of duplicating “vote” and is preparing a new diplomatic platform for bargaining for the Crimea.

The initiative for the surrender of the Crimea to “rent” for a long time — the next Kremlin provocation. We are already faced with the project of the oligarch Viktor Pinchuk, who proposed a “painful compromise” with Putin’s Russia; numerous statements by people’s Deputy Nadezhda Savchenko who believe that peace in the Donbass possible only after the “temporary” rejection of the Crimea. The stories are United by the fact that Moscow is trying to present their own “wishlist” as the domestic initiative. Such a political position considerably simplifies the work of Kremlin lobbyists in Washington. It is easier to convince the White house of the need for “compromise” with Vladimir Putin.

Apparently, “long term rental” of the Crimea and the “second referendum” — tactical plans, related to each other. The first option for Moscow is optimal, it automatically saves the territory under Russian control and leads to the lifting of sanctions. The theme of the next “vote” of the Crimean people is more risky mechanism. It will run, if other methods are failed, and the White house’s position on Crimea remains unwavering. In this case, the Kremlin does not have confidence that the annexation will forgive. Moscow will have to reset the “ballast” in the form of the former ARC, moving the Republic to the status of “Crimean Transnistria”.

In any case, “the plan Artemenko” bad worked. In Moscow are seriously worried that Congress will pass a law banning the recognition of the annexation of Crimea. The fact that the involvement of the environment of Donald trump to the project of putting the Peninsula in “rent” became public knowledge, says the actual failure.

Sergey Stelmakh and Crimean political observer (name and surname of the author changed for security purposes). 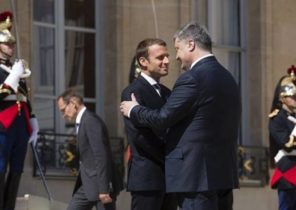 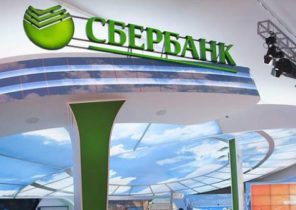