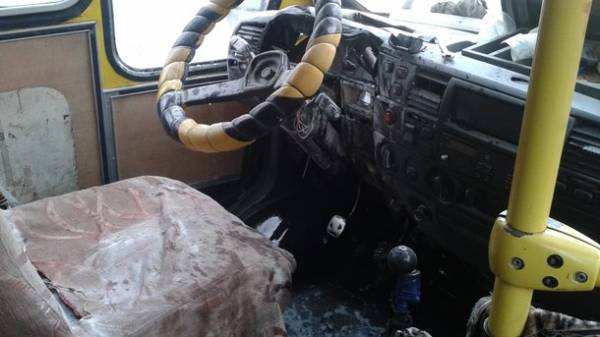 Today, February 21, Kherson, on the public transport stop “Suvorov” lit up the bus “Gazelle”. About it reports a press-service of the State service of emergency situations in the Kherson region.

“When rescuers arrived at the scene, the driver had already evacuated passengers and using a fire extinguisher extinguished the fire. Rescuers have completed the extinguishing,” – told in the press service of the SSES in the Kherson region.

Injured and killed there, and the preliminary cause of fire – short circuit wiring, followed by the burning of the dashboard of the bus.

However, this incident caused a new wave of outrage among the residents of Kherson, who still oppose the increase of tariffs for journey in public transport.

“The bus is burning, and we have to pay for them for five hryvnia?” – outraged resident of Kherson Nikita.

Earlier it was reported that in Kherson the bus while driving fell off two wheels. The driver, undaunted, managed to drive off the side of the road and stop the vehicle.