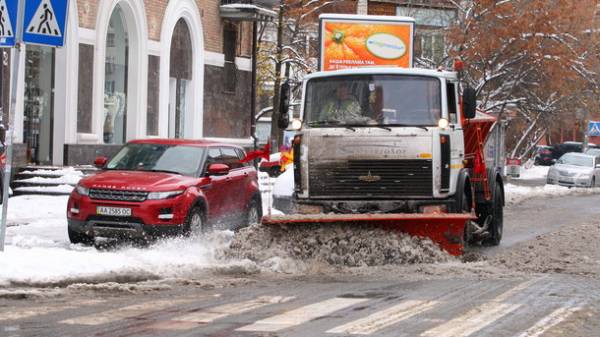 Winter retreats. This week Ukrainians will be pleased with the weather thaw, but waiting for the rains. According Ukrgidromettsentr, in all areas of the country all week the day the thermometer will show on average 2-5 degrees, and the night will not go down -4. In this spring mood slightly spoiled precipitation — in all regions, forecasters expect sleet and rain.

In the West of Ukraine predicts 3 to 7 degrees in the day and 2 degrees at night. From Tuesday until the weekend and in the afternoon the sleet will be followed by rain. Residents of Northern regions expect a slight temperature variations
s — day 2 to 5 degrees Celsius, and at night from 0 to -2. Tuesday.
the faith of the rains, wet snow, which will last until Thursday.

The highest temperatures during the week will be in the South — in Odessa, Mykolaiv and Kherson regions. There is zero temperature will remain even during the night (0-2 degrees Celsius), and in the afternoon the air warms up to 4-8 degrees above zero. And on Wednesday and Thursday rains.
In Eastern areas, forecasters expect 2 to 4 degrees in the afternoon and from 0 to
-2 night. Precipitation, like most of the country starting tomorrow and will last until the end of the week.

In the Central regions tonight will still be subzero temperatures 1 to 3 degrees Celsius, but during the day all week the thermometer will show a confident plus: from 3 to 7 degrees Celsius, and at night from 0 to 2 degrees below zero. The General trends in the Kyiv, Cherkasy and Poltava regions, wet snow with a rain will come on Tuesday, Wednesday and Thursday. Closer to the weekend will be clear and warm.