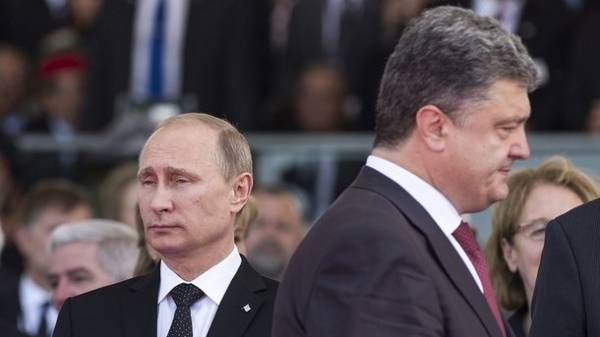 Russian President Vladimir Putin on 18 February signed a decree on the recognition of “papers” so-called “DNR/LNR”, including passports and diplomas. In the decree it is noted that the decision was made on humanitarian grounds and will operate temporarily until the settlement of the conflict in the Donbas. However, the Ukrainian experts believe that Putin has taken the first step on the road to recognition “republics”. “Today” figured out what may bring the recognition of documents “DNI/LC”.

The first step to recognizing the “republics”

In its decision on the recognition of documents “DNR/LNR” , Russia has violated international law, said the lawyer Alexander Plahotnik. With the passport of the breakaway Republic, according to the international laws, it is impossible to enter the territory of the countries of the United Nations, more than 190 States. “In my memory, Russia was already doing something like that, then Moscow recognized passports of South Ossetia and Abkhazia and established precedent,” says the lawyer.

“In my memory, Russia was already doing something like that, then Moscow recognized passports of South Ossetia and Abkhazia and established precedent,” says the lawyer.

According to Alexander Plahotnik, partial recognition of the so-called “republics” will make it easier for residents outside the control regions of Donetsk and Lugansk regions the movement in Russia. “You have to understand that in the territory millions of people. Of course, this is a sign for them from Russia. Now the student, who received instead of a certificate in the school in the so-called “DNR” leaf A4, can this piece of paper to go and enroll in Russian universities”, – says the lawyer.

Political analyst Vadim Karasyov is sure that Russia made a signal to Ukraine about the possible recognition of so-called “DNR” and “LNR”. By the way, in 2008-m to year Russia recognized the documents of the unrecognized South Ossetia, and three months later recognized the independence of the state itself. 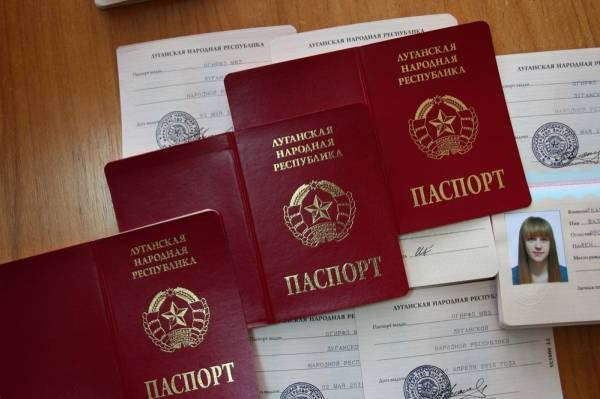 “It is a signal a serious warning that unless progress in the implementation of the Minsk process and will continue the embargo, Russia can go on the recognition of the “republics” of the Federal Assembly State Duma, and then go to nationalize Ukrainian assets in the territory of “DNR”, “LNR”, – said the analyst.

“It is a signal a serious warning that unless progress in the implementation of the Minsk process and will continue the embargo, Russia can go on the recognition of the “republics” of the Federal Assembly State Duma, and then go to nationalize Ukrainian assets in the territory of “DNR”, “LNR”, – said the analyst.

Political analyst Vladimir Fesenko believes that the recognition of the documents of the so-called “republics” violates the Minsk agreement. The analyst notes that this decision Russia was preparing. According to experts, increasingly, in the information space, there were reports that the authorities in Russia, starting from the border and ending with the police, do not recognize the documents “DNI/LC”. “Some believed that in this way Moscow shows that this is the territory of Ukraine, but was not quite so. The decision on the recognition of documents is purely procedural in nature. Now the inhabitants of these republics can travel to Russia without problems,” – said the expert.

Officially, Moscow does not recognize the so-called “DNR” and “LNR”, but the recognition of the passports is a partial recognition of the “republics”, said Fesenko. This “polupriznanie” does not correspond to the Minsk agreements, where there is no word about “DNR” and “LNR” (in the agreement the uncontrolled territory of Donbass are called “separate regions of Donetsk and Lugansk regions”).

What outcomes to expect from the Kremlin’s decision

Even with the 2014 USA decided to impose sanctions against legal entities and officials over the “threat to peace, security, sovereignty and territorial integrity of Ukraine”. Basically, the sanctions hit the company which continued its activities on the territory of annexed Crimea. Alexander Plahotnik sure the same fate awaits, for example, airlines that will be in Russia to accept a passport of the so-called “DNR”.

However, the recognition of documents can lead to more serious consequences. Political scientist Alexander paly believes that Vladimir Putin is preparing the ground for the creeping annexation of the Donbass. In addition, it calms the militants and their relatives that they can always move to Russia. “I think that many in the far East, Putin can take. On the one hand a threat to the attempt of annexation, on the other hand, calm the militants, so they know that they have somewhere to escape. In fact, international law such actions are totally condemned. It was made during the Munich conference when all the top leadership of the United States, the President is there,” – said the expert.

As noted by the representative of the Ukrainian government, Putin actually came from the Minsk process, which can lead to the freezing of the political settlement of the conflict in the Donbass.

“This step of the Kremlin completely negates the Minsk process is equal to the statement regarding Russia out of it”, – said Secretary of the NSDC.

The President of Ukraine Petro Poroshenko responded to the decree of Putin in Munich during the conference following talks with Vice-President Mike Pence. Poroshenko sure that it’sabout the next proof of the Russian occupation. “For me this is another proof of the Russian occupation and violation of international law. Very symbolic and cynical that it happened during the Munich security conference,” – said the head of state. 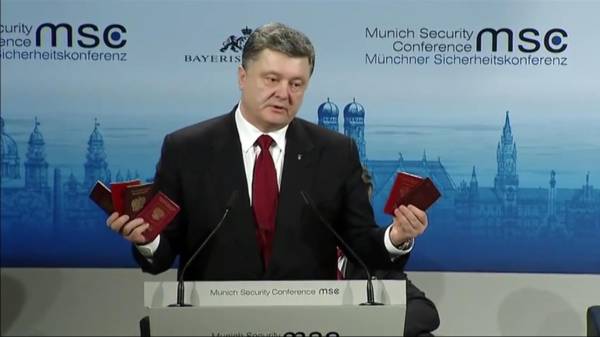 Political analyst Taras Berezovets is sure that “Putin’s decree” did not just coincide with the Munich conference. According to Berezovets, is “a strong sign that engulfed the Kremlin stariki”. “Putin in the last months it all went wrong, and trump is not justified, and Lukashenko Shalit, and Voronchenko escaped. At first glance, this decision creates problems for peaceful settlement. But the main result lies in the fact that Russia is such a step brought the limits of the Minsk process, legally recognizing the self-proclaimed “republics”, – he wrote on his page in Facebook.

By the way, the U.S. Embassy in Ukraine has announced that recognition of documents ORDO violates the Minsk process. “The recognition by Russia of documents of the separatist “republics” disturbing and contrary to the agreed objectives of Minsk”, – stated in the message of the diplomatic corps. The U.S. Embassy also expressed concern over the intensification of hostilities and the restoration of the use of “Grad” on the line of contact and called for the withdrawal of heavy weapons to support sustainable ceasefire in the Donbas.