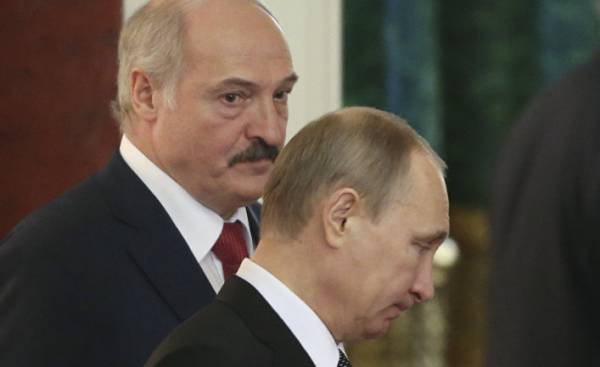 The Russians want to isolate themselves from the Belarusian visa regime — this is the conclusion reached by the authors of the study, conducted the poll and published this week. For the introduction of visas with the Federal government made 78% of respondents. In addition, the majority of respondents believe extra discounts on energy even countries allies, including Belarus.

Your thoughts about the reasons for such sentiment with RFI said the analyst, the former head of Department of regional policy Department of the President of the Russian Federation on internal policy Andrey Kolyadin.

Andrey Kolyadin: One of the factors is the fact that Belarus is going to open the borders. There are certain concerns that Russia could be comrades, that we are not comrades. Including those that in a certain, hopefully very small percentage, charged by middle Eastern terrorism now, one way or another, manifested in Europe.

The second thing, of course, stems from the fact that television and the media are charged with appropriate publicity idea, and seriously affect the bulk of the population. We notice that, for example, on relations with Turkey. Very quickly varied in their positive attitude to our partner to sharply negative, and Vice versa, on a more or less positive.

Manipulation of public opinion — established mechanism. But, on the other hand, still has some fault and the Belarusian authorities, who for long history of acting very interesting. As soon as there are commercial problems, there arise political discontent, and suddenly there are obstacles to our friendship and cooperation. Thus, regulated prices for natural resources that are delivered on the territory of Belarus. As soon as questions arise about how to raise these rates or set the market, as immediately begin different political problems. Each of these conflicts, one way or another, splashed in the Russian media, and people gradually began to be treated with a certain smile to all events that occur, and with some skepticism. Realizing that the leadership of friendly countries some themes are trying to speculate in order to gain the additional benefits. Still, when we declare a close friendship and cooperation, hug tightly and kiss in the gums, there should be a few other relationships.

The survey coincided with a number of, shall we say, not exactly a friendly action on the part of Belarus. The detention of journalists, a specific rhetoric that was unfriendly towards Russia. And it all went through our media. But if tomorrow will begin the next spring, more flowers and Apple trees blossom in the relations of Russia and Belarus, there is again a large and bright love.

RFI: what does this mean? About the immaturity of the nation, the lack of a clear position even on important issues such as relations with fraternal countries?

It says that the society is not politics, because politics is the opinion of the specific leaders behind these leaders of the people, parties, movements. And we have no policy of defending his opinion against the opinion of the state President, the government. Is an empty vessel, filled it with lemonade — it lemonade, filled with wine — it wine. Hatred of a certain country — it means, in a state of hate, love — able love. When there is no internal policy, then society very easy to control from this point of view.

— In your opinion, how justified are the fears of Russians about Lukashenko’s decision on visa-free travel to 80 countries?

— All depends on how will this visa-free regime is organized. The system throughput, which is located on the borders between the EU and Belarus, tough enough and one way or the other. If other things being equal in that visa-free regime, which is now initiated, will remain rigid, and pass the rating those people who pass through the territory of the customs terminals and checkpoints, probably, it will not affect lethal on the counter-terrorism security of Belarus and Russia. If you from Poland you can go free, back to Poland, I think open borders will be. Respectively, will still be standing cordons, it would be difficult to cross the border uncontrolled. But the Russians who voted in this poll, perhaps such things are simply not taken into account. For them, open borders Belarus is approximately as it is now quite conventional border between Russia and Belarus.

In one of the fresh surveys, there is another result — a relative majority of Russians support the complexity of obtaining a residence permit and Russian citizenship to migrants from the CIS countries. The absolute majority are against Amnesty for those who in Russia is in violation of the law…

I think the cornerstone is also in the current economic situation in Russia. There is a whole set of professions that people are either ready to go for the big money, either from a lordly shoulder to engage their employees from other countries, migrants. But when the market collapses, when it begins to grow hidden unemployment, people show interest in this work, which has been assigned to migrants.

— Can’t such sentiments to be associated with traditional social ideas about migrants from Central Asian countries as potential offenders?

Is also a topic, which, of course, concerned, because you have to understand that people who come here get less money than the inhabitants of the country and therefore cannot afford many things and trying to solve these issues a cash shortage in their own way, sometimes criminal way. And it’s very annoying. But, nevertheless, I can say that this is a managed process, and it is controlled worldwide. In America, no less migrants from different countries who are also not always law-abiding due to a number of reasons, and educational, and mental, and all the rest. And cope with it! The same thing is happening in Europe, it is a common trend for all.

— Yes, but, agree, neither in Europe nor in the US there is such a high level of public xenophobia in Russia…

— I agree with that because we have this topic closed, we’re almost not discussed. And this, of course, leads to the fact that people are starting to irritate the dominance in the large cities visitors from other areas. And they don’t integrate into the society they live in separate enclaves, by their rules, you do not want to accept the rules that have been established on the territory of our country. And this, of course, can lead to serious consequences later, but it’s just a error in the national migration policy. We must speak, write books, make movies, TV shows. And, as in America, the topic extensive consideration.

The results of a curious poll published by the Levada center. According to these figures, the Russians are more and more attracted by the personality of Stalin. In five years, the number of those who he admires, has increased in 4 times, 11% increase in number of respects, 4% of those treated with sympathy. According to the chief researcher at the Institute of philosophy and law, Ural branch of RAS Sergey Moshkin, the reason for such sentiment is that the country is living in the past.

Sergey Moshkin: there are several Reasons. First position: it is known that every generation tries anew to rethink the recent history of their country. Witnesses are gone, they can no longer talk, to share their personal experience, feeling like it really was. And at the same time, it is born a new generation of young people who have all that was before their birth, often begins to take a romantic haze. And when this haze condone state, born a historical myth.

Today’s political power sees its legitimacy in the first place in history — in the history of the country’s past, in particular, in the history of the USSR. The basis is actually one historical event — the victory in the war. So Willy-nilly, informational, political, ideological work of the state begins to rehabilitate everything to do with Stalin and Stalinism. Sometimes this rehabilitation becomes very specific, contoured shape. When the Minister of culture of Russia supports, initiates the opening of the Museum of Stalin. When the authorities in any case do not prevent the emergence of monuments to Stalin. The nation is all very easy to accept and perceive, and in the view of people then, under Stalin, we were strong, we were feared and respected, we won the war. It all perfectly fits on the current situation. It imperstvo, the policy of a besieged fortress, the desire to arm themselves and show their teeth, no matter what. The figure of Stalin in retrospect, it is well within current understanding about what should be the country.

— What would happen to our society, to his perception of the present and the past changed?

— I think Russia definitely needs a positive project toward the future. Which, unfortunately, today not: it does not generate neither the government nor the intellectuals nor politicians, including the opposition. In the absence of a positive social project power very conveniently stuck on historical myths. Today we are stuck in history.

— But we are stuck not just in history, we are stuck in very specific its period, very painful and extremely controversial. Why our society is not inspired by, for example, “thaw”? This is the flight of Gagarin, it is a lot of interesting phenomena in cinema and literature. But this time no one remembers…

— An event that could stand on a par in scale, value, victory in war, actually no. That is what the government uses. The topic of Gagarin, too, was trying to exploit. But it has not received such wide distribution, and, most importantly, Gagarin theme there today confirm. To spin it very dangerous, because it is Willy-nilly a comparison, and what we have today in the space industry? And we see that stagnation, decline, and missiles, and satellites continuously fall down. It is unprofitable for the government.

In the same survey, which showed growing sympathy for Stalin, there is a reverse trend against Mikhail Gorbachev…

— I think the main reproach, which is now associated with the name of Gorbachev, the collapse of the Union. He blamed the fact that he ruined what they had. And this event outweighs all rational arguments in the mass consciousness of people. It again lies in modern rhetoric, when the current leader of the state calls the collapse of the Soviet Union the biggest catastrophe. You can’t expect any rational explanation for the mass of people. People do not see the cause-and-effect relationships. You will never be able to convince people that everything that we have today, even in the face of Putin, and before that Yeltsin began in fact with Gorbachev. He was at the forefront of all that we have today. I mean the political regime — and in a good and bad sense, of course. But he was in the mass consciousness of an outcast.

The same poll by the Levada center showed that Russians for 9 years, since 2009, become better relate to the current President. The number of those whom he admires, has increased from 9 to 14%, calls for respect of Vladimir Putin, 49% more than in 2009 and 4 units. At the same time decreased the number of those who treat him with indifference, hostility and irritation. 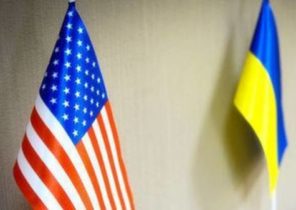