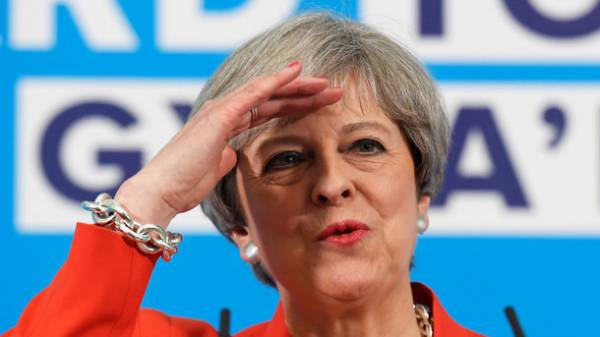 The results of the parliamentary elections in the UK can be called tactical defeat Theresa may. Announcing early elections, she expected to get a convincing majority in Parliament to lead a course on the implementation of Brexit without regard to potential political allies, but it failed. This was told Today the Director of the Institute of socio-political designing “Dialogue” Andriy Miselyuk .

“The reason for this is that the UK has a protracted and very serious political crisis which stems from the fact that during the vote for secession from the EU the country was split into two approximately equal parts. And this conflict until the time was latent, hidden state. And now he came out, and it affected how I voted British,” he said Miseluk.

Following the vote, the Conservative party was unable to obtain a majority (322 seats) in the British Parliament. Political force under the leadership of Theresa may received 318, the labour party – 261 Scottish national party 35, liberal Democrats 12, the Democratic unionist party 10, others 13.

In connection with the results of early parliamentary elections, the leader of the British labour party Jeremy Corbyn called on Theresa may to consider the resignation. According to Andrei Miselyuk, from the point of view of political logic of this decision would be warranted – if the leader of the party announces early elections, intending to get a majority, and, as a result, loses even the majority, which was, it is a tactical defeat. However, such a defeat does not mean resignation, although opponents of the Prime Minister will urge her to it, observes the analyst.

“I think she will not take advantage of this offer as it has its own program, their vision of the future relations of great Britain with the European Union, the country’s withdrawal from the EU, etc, as a politician, ambitious and possessing a strategic vision, will try to realize them. To leave now means to completely admit defeat, the inconsistency of his course,” says Miseluk.

Recall that Theresa may has already received from Queen Elizabeth II’s permission to form government. In addition, it stated that the British Parliament will be a coalition of the deputies of the Conservative party (318 seats) and the Democratic unionist party (10 seats).