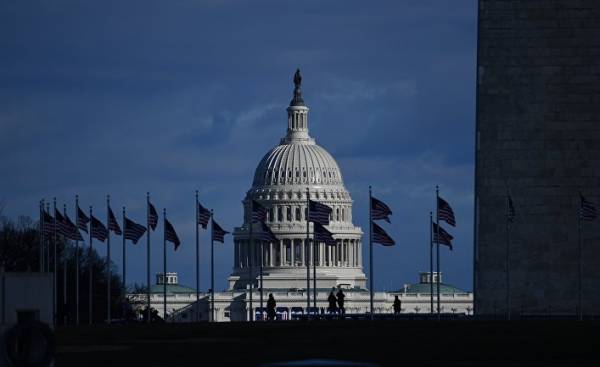 With the collapse of the Soviet Union and the Eastern bloc was thought that NATO would disappear, the cold war comes to an end. And foreign policy that Russia pursued in the period of Boris Yeltsin, faced with the economic and internal problems, the submission of Moscow to the West, primarily the United States, strengthened this idea. But the discomfort in the Russian society because of this situation, the change of power in Ukraine (the coming to power of Vladimir Putin), the coverage of Kremlin domestic and foreign debts with the proceeds from the sale of energy, the relative domestic problems and therefore the beginning of the independent and more active foreign policy marked the end of the “romantic period” in relations between Russia and the West, and again put on the head of the balances in the international arena. Strengthened and revised its foreign policy Russia has become to oppose a unipolar world order. Russia was worried about the color revolutions supported by the West, especially in the former Soviet Union, and NATO enlargement.

Despite this, neither the diplomatic nor the political or economic spheres of relationship between the parties is not interrupted, and so continued until, so far in 2014, Russia annexed Crimea.

A hindrance to dialogue

The annexation of Crimea to Russia, actually marked the beginning of a new cold war between the parties. USA connecting EU began to impose sanctions against Russia, and communication with Russia in all areas has been kept to a minimum. If Russia was not active and even recently a crucial player in the Syrian issue, this communication is completely interrupted.

Elected Donald trump President of the United States especially in Russia began to sound a point of view that anti-Russian sanctions will be lifted, the relationship will continue to evolve from the place where they stopped. This was primarily due to election promises trump. So, for example, trump said he recognizes the referendum on joining of Crimea to Russia, will reduce the financial and military support to NATO by the USA, and in Syria it may even be the solution “with Assad”. Since all of these topics — both major causes of tension in relations between the US and Russia, experts tend optimistic approach to the issue that when the trump of the Russian-American relations will improve.

However, to expect that this will happen very soon, is wrong. And there are several reasons. First of all, to melt the ice in Russian-American relations requires the lifting of sanctions imposed by the US against Russia. If you take into account the political system in the United States, it will become obvious that one will trump enough for this. So, against Russia sanctions are applied. Some of them were adopted by Congress and approved by former President Barack Obama (Barack Obama) and would have the character of law. In this part of the sanctions were imposed within the competence of President Obama, according to his decree. While the restrictions enacted with Obama’s signature, can be cancelled at the request of the new President, to remove the rest of the sanctions is not so simple. Moreover, even with the trump has an anti-Russian entity. The fact trump in this matter is complicated by the fact that the EU wants to continue to punish Russia.

Many problems in Russian-American relations, on which the trump inherited from Obama, would also hinder the imminent construction of the dialogue. In addition to the sanctions, the Syrian crisis, the Crimean question, reciprocal steps by the two parties on an arms build-up in recent times, the continuation of NATO expansion and ABM systems near the Russian borders, and also the fact that Eastern European countries still see Russia as a threat and in this regard, I ask support from NATO and from the United States. Here are just a small part of these problems.

Will the Syria area of cooperation

Despite all this and despite the fact that in America there are forces who are against the improvement of Russian-American relations, and many external players like the EU and Eastern Europe, are set up similarly, we can say that the dialogue has begun. The fact that after joining trump in the office of President between the two leaders had a telephone conversation and during the conversation the parties tried to avoid topics that can hinder the dialogue — a promising development for the future of Russian-American relations. Another point, which in this context should be mentioned: the officials of the two countries refrained from harsh statements, comments concerning each other’s issues.

Another indicator of the beginning of the dialogue can be considered the conduct of Russia and coalition forces in joint operations against ISIS (banned in Russia — approx. ed.) in al Bab. Under the Obama administration, a similar effort failed. And for the first time since the start of Russia’s military operation in Syria in the autumn of 2015, Russia and coalition forces worked together against the terrorists. This step can accelerate the settlement of the Syrian issue, and reduce tensions in Russian-American relations. In the same context, one should consider the fact that the United States was invited to talks on Syria in Astana. The Syrian question and especially the part related to the fight against ISIS, could become the second step in Russian-American dialogue. In this area the parties have a good experience. In 2001, the United States and Russia have developed cooperation in the sphere of combating terrorism, despite all the problems in the relationship. But still more specific comments can be given only after a personal meeting of Putin and trump, scheduled to take place in the coming months.

In the period when the future of Russian-American relations continues to be the center of attention of the international community, an event occurs that negates all the predictions. Recently a senior adviser to trump, Michael Flynn (as Michael Flynn) resigned. It is assumed that the reason for the resignation of Flynn began his telephone talks with the Russian Ambassador to the U.S. Sergei Kislyak and discussion in these talks, topics such as a response to Obama’s decision on new sanctions. But Flynn led the conversation even before his inauguration, and therefore had no right to communicate with the Russian Ambassador. Based on this, Flynn had to resign supposedly under pressure from the Senate, and thus “most” Pro-Russian team trump was out of the game. But the reason for the resignation is not “Flynn’s relationship with Russia,” and the fact that he denied the fact of these negotiations or, in other words, lied. Lie — “a crime” that is American politics never forgives. However, regardless of the reason, the resignation of Flynn, who advocated normalization of relations with Russia — a negative event from the point of view of the future of Russian-American relations. This event can be understood in the way that Russia has lost its great supporter, and trump will not be able to resist the exerted pressure. This implies that Trump would have a hard time in the question of Russia, and in other matters. However, the improvement in Russian-American relations is important from the point of view of world peace and resolution of regional issues.

Ilyas Kemaloglu — lecturer at the history Department of the University of the arts. Mimar Sinan.