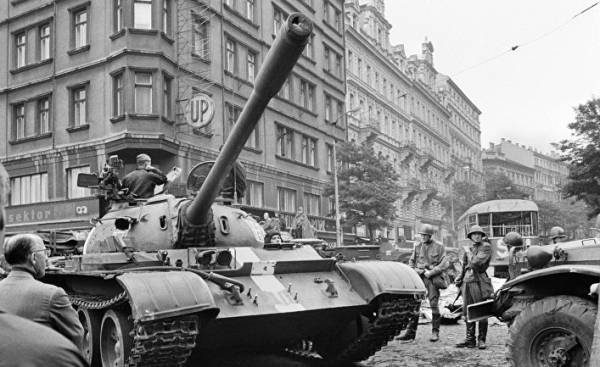 I was born during the occupation of Czechoslovakia in 1968. From an early age with their parents, I was listening to “Voice of America” and “Free Europe”. By modern standards my parents were radicals and xenophobes, because could not stand the Communists. For every holiday my dad did the forecast, when the “commies” go to… And then came 1989, and his father’s wish come true.

At that time I studied at the Technical Institute in Brno and fully shared his political knowledge with classmates, some of which had not yet been enlightened. We went to distribute leaflets in the villages and convince the people in the taverns that this time everything will work out and nothing to fear, even though we ourselves were not sure of anything. I enjoyed the scene, and — with rare exceptions — more often we were met with enthusiastic people who thanked us for every news. Even the police, who detained us for a while after the phone call the Director of some school, was more interested in what is happening in Prague and Brno.

A year passed of learning the English language with the one black student in the Dorm. Then exams, study leave, visa, and here I already sit in the plane that flies in new York. Thanks to the family of my distant uncle I had the opportunity to see America from the point of view of the American family, to travel and study at a local school.

After returning I became a tour guide specializing in the United States, where I flew several times a year. I traveled all over America and down. Russian for me were still invaders, and America is a beautiful country, full of people I described as adult children. I started cooperation with the US Embassy and met another America, not like the one you did. I won’t go into details, but the actions of some employees — even representatives of special services was caused, rather, smile. The inability of some American officials to understand the mentality of Czech citizens began to me to fit into the international context and to communicate with the ruthless American intervention in the Affairs of other countries.

Many years have passed, was written thousands of political articles, ended the reign of Barack Hussein Obama. It seemed that America and Europe have changed. Over time, the remnants of the leftist movements infected the world Communist terminology, just translated to English. This infection spread, and her centers were governmental and non-governmental system of the European Union and the United States. They mutate and gradually immobilize and destroy the security mechanisms of States. Their appearance is indistinguishable from the totalitarian. Instead of the introspection of the government are engaged in a struggle with its own people, forbid, pursue, control the media, punished for opposing views and impose censorship. To recognize these totalitarian manifestations, having no experience of life under socialism, not so simple. Therefore, some of the representatives initially free world difficult to navigate: they don’t understand the context, and their ideologically processed consciousness shows signs of fanaticism.

When the paralysis would jeopardize our lives and when American and European weakened immune system will be attacked, it was only a matter of time. This chance as before, do not miss the ideology of Islam, spread by millions of people is not compatible with our values and habits. However, this is only the consequence of the mutation of truth into a lie. This is just proof that Europe and America took possession of the collaborators who without hesitation destroy the fruits of labor of our ancestors built, and trampling European values.

Over time, I began to fear my own reactions. I began to believe Putin’s Russia. I convinced myself that this is impossible, but the events are increasingly convinced of the opposite. More or less elaborate lies to the media and the fanatical attitude of the European officials in the spirit of Goebbels fills me with terror, and Putin’s actions seemed meaningful. I have no illusions about Russia, but the question is, what is the Russian reaction and what a reaction. I know many decent people who are interested in politics superficially, believe in the EU and I respect Obama for durability. They’re just stuck in time. The most zealous fighters with all the Russian, as a rule, they are “comrades” and their descendants, which after 25 years has begun to experience a revolution of their own.

We live in post-democratic times, and the first spark of hope and the error in the matrix was Breaksit. The most interesting and noticeable indicator of this phenomenon was the reaction to Prexit. After all, fanatics are unable to control yourself. At the end of 2016 in the matrix crept another mistake — Donald trump. He is a great hope for the whole world. I voted for trump’s hands and feet and prayed he became President of the United States. But I still fear that it will not sustain the incredible pressure of thousands of world hydras who want to refocus or to destroy. If Trump will be able to stay in power and to purify America from the parasites, I will love again US and I’ll hope for a free Europe. Donald trump is, above all, a symbol and an example to the world, so it should listen all the pedants. Amorphous and jelly-like politicians who get through to any of the Brussels hole, complete in every government and Parliament. 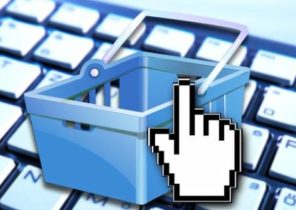