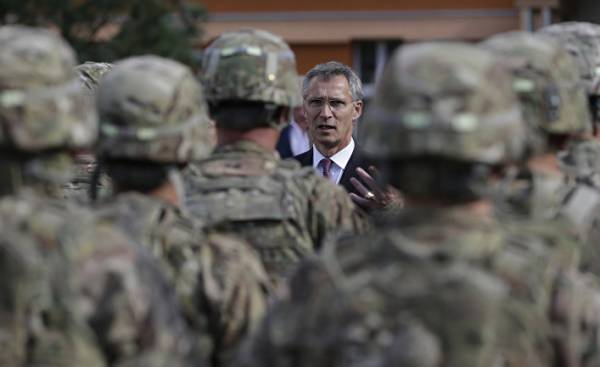 New American leadership will not forgive Russia’s annexation of Crimea. So said the Deputy Antonin Seda from party ČSSD. In an interview with ParlamentniListy.cz he also said that the influx of Ukrainian personnel can enrich our country and help fill tens of thousands of jobs, while on the other hand, these well-trained people, of course, will miss the Ukraine. Another problem is security. The Ukrainian army needs to continue to improve their professional level. As for strengthening the Eastern wing of NATO, then, according to Cedi, it is rather a symbolic gesture.

Parlamentní listy: How do you view relationships trump and Putin in light of the Ukrainian issue? Whether to leave the new administration in Kiev, the government, or, remembering the annexation of Crimea, will maintain restrictions in the name of Ukraine?

Antonin Seda: Judging by the recent statement of U.S. permanent representative to the UN security Council and the President of Donald trump, the United States will insist on the return of Crimea to Ukraine. Therefore, the United States maintains economic sanctions against the Russian Federation. As for the Ukraine, it seems to me, growing political pressure from the US and the EU on the Ukrainian government and President Petro Poroshenko. The US and the EU insist on a more confident implementation of reforms and the fight against corruption. You need to understand that the West give Ukraine more financial and consultative assistance.

— Will not leave the United States, the European Union alone on the issue of Ukraine? Is about to be introduced visa-free regime, however, the Netherlands, for example, remain opposed.

— It is logical that the EU helps to solve European problems. Visa-free regime is a political decision, which symbolizes the deepening of cooperation and mutual trust. And yet it is clear that the countries-members of EU there is no consensus not only about this step, but about the attitude of the Russian Federation. The example of Ukraine shows that the European Union needs a common foreign policy. Personally, I assume that the process of democratization in Ukraine will continue and only by the Ukrainians themselves will depend, will be crowned their efforts towards EU integration and NATO success.

— How you consider, whether will entail a visa-free regime between Ukraine and the EU brought with it certain risks to the security of our Republic? Many fear that hundreds of thousands, and perhaps millions, of people will flood Western Europe and will completely destroy the labor market…

— Proposed a visa-free regime with Ukraine has two levels. The first is the risk to security and that situation which developed today in this country. I mean still rampant corruption, a significant influence of the oligarchs on society and those security risks that are associated with the ongoing conflict in Eastern Ukraine. The second level is the Ukrainian labour force in employment of which our country has already accumulated a lot of experience. I don’t think the influx of hundreds of thousands of Ukrainians in the European labour market will entail some problems. Rather, it will help to solve the problem of shortage of manpower. For example, the Czech industry is not enough 140 thousand workers.

However, I fear two trends. First, entrepreneurs seek to reduce labor costs, which, incidentally, has become one of the causes of Breccia. The second trend is the deterioration of the Ukrainian economy, for which the outflow of specialists abroad would be a serious blow. The result can stay the reforms to fail in the integration process and, more importantly, may decrease the level of life in Ukraine with all ensuing consequences.

On the other hand, Ukraine calls in an army of new people, and youth working and we, too, to go to serve do not want to…

Something that young people do not want to serve in the army, it’s understandable. So it was to be. So I was surprised by the irresponsible suggestions of some Czech politicians who advocated the return of compulsory military service. Ukraine for a long time underestimated the strength and condition of his army, relying on international agreements. But after the annexation of Crimea has the problem that the Ukrainians have to decide despite incomplete and prolonged the armed conflict in Donetsk and Lugansk. In the first stage, the Ukrainian army is in need of stabilization and modernization. In the second stage, Ukraine must make your army much more professional. It is in the training of the armed forces and security services of Ukraine and the European Union and the United States. And their priority should be a speedy completion of the senseless fighting in the East of the country.

— What do you think, can Russia even closer to China and act against Europe using economic or military means?

The Russian Federation has long does. Example — membership in the Shanghai cooperation organization and the Eurasian economic Union. Cooperation between Russia and China strengthened after the imposition of economic sanctions. For example, in the supply of oil and gas. But I don’t think the goal of this cooperation is to unite against Europe. Speaking about military cooperation with Russia and China, promising seem to me rather the supply of Russian military equipment. You also need to emphasize that Russian military forces have achieved great success in the field of professionalization, enhance combat capability and modernization. I assume that the Russian army will continue to improve in this area. With regard to economic and military cooperation, the Russian side is more focused on the former Soviet republics and their immediate neighbors.

— Wakes NATO “famously,” placing their troops in Poland and the Baltic States? Could it be that Russia, wanting to intimidate, say, a short time will block oil and gas pipelines?

— Placement of three international battalions in the Baltic States and in Poland is a response to changes in the policy of Russia towards its neighbors and NATO. I remind you that before the annexation of Crimea took place the meeting of the permanent Council NATO —Russia and for the Russian policy makers had to open the door in the NATO Parliamentary Assembly. The Russian Federation and NATO were engaged in constant dialogue. Poland, Lithuania, Latvia and Estonia fear for their independence and fear a possible hybrid war initiated by the Russian Federation. Therefore, NATO decided to strengthen its Eastern wing. Even though it looks rather symbolic gesture. The most important is the degree of solidarity within the Alliance, which is due to activation of the fifth article of the North Atlantic Treaty. I agree that the economy is linked to politics, but I would not be afraid of possible sanctions from the Russian side. First, because the Russian economy is dependent on oil and gas. And secondly, the member countries of the European Union prepared for possible disruptions in the supply, by talking primarily about diversification of energy sources and increasing the capacity of storage in case of crisis situations.

— What do you think will change in some way the German policy towards Ukraine after the election of the new President of Germany Steinmeier and possible election of a new Chancellor Schultz?

— I do not think that the policy of Germany towards Ukraine or the Russian Federation will change. We know that between Germany and Russia has long established cooperation, Germany connects with him some national interests. However, no German politician, democratically-minded, cannot accept the Crimea as part of Russian Federation. A lot more changes in the policy of Germany might happen after Breccia or upcoming elections in some member countries of the European Union. Maybe it will reach the restriction or elimination of economic sanctions against Russia. And, as I said, I expect increasing pressure on the Ukrainian reforms and the fulfillment by Ukraine of the Association agreement. And yet no drastic changes I don’t expect — nor by Germany, nor by the European Union.

— Recently Vladimir Putin visited Slovenia. Along with Hungary and Bulgaria, this country is more inclined to support Moscow, not Kiev. What do you think of this trend?

— It is about diplomacy and politics of Russia’s influence on its “former” satellites. But one thing — economic cooperation, which is the case of Hungary, Bulgaria and Slovenia plays a major role, and another thing — the protection of democratic values and the security of the country. And it is the cooperation of these countries, and the Czech Republic also, in the framework of the European Union and the North Atlantic Alliance. Speaking about economic cooperation, it is clear that for these (and not only) countries, the Russian Federation is a more important economic partner than a weak Ukraine today. However, I don’t think the EU will deviate from the long-term policy, which is to protect democracy and freedom. 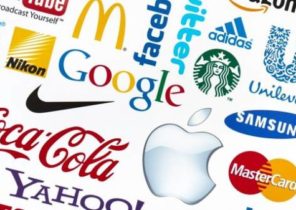 American scientists have uncovered the secret to a successful labor day