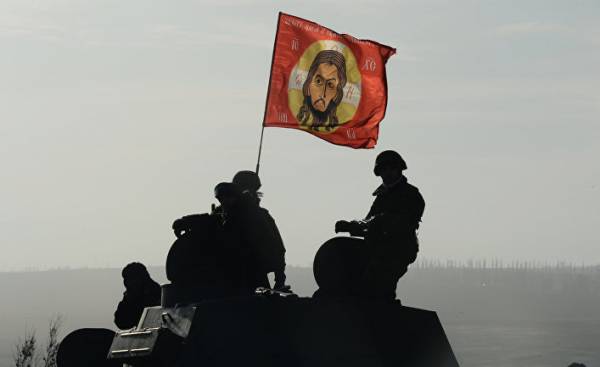 Negotiations on settlement of the situation in the East of Ukraine can receive a new impetus. The main prerequisite for this is the change people at the head of the foreign departments in the United States and Germany. To the West the capture of the Crimea and the Donbass — an outright slap in the face “the Russian bear” and his new representatives try to tame this wild beast. And if, despite all his influence, could distance itself from the Russian occupation of Donbass, for the Germans it is a matter of principle. Germany — country mediation of the Minsk-2, the new foreign Minister of Germany, Sigmar Gabriel, will use the theme of Ukrainian settlement in the election campaign of the Social democratic party of Germany (SPD). So you need somehow to bring the negotiations out of the impasse and to revive the Minsk process. A new attempt will be made at the meeting of foreign Ministers of “Norman Quartet” in Munich on February 18.

In practice, this will mean that the Ukrainian parties and candidates will not be admitted to the electoral process, and if they formally have the opportunity to run, it will be in a situation of threat of life or, at best, fear to go “in the basement”.

In other words, the citizens of Ukraine with the Pro-Ukrainian position is just not for whom to vote, and they will ignore these “elections”. Something like this has happened during the “referendum” in Crimea, which took place after the military takeover of the Peninsula.

Russian propaganda creates its own alternative, the virtual reality of the situation in the Donbas. And if alternative news Russian TV channels from the free Ukraine raise a scornful smile, the question arises, why is there any reason to believe the Russian the picture from the occupied parts of Donetsk and Lugansk regions? As the argument of love to Putin and his puppets in the Donbas used lush the funeral of Russian field commanders. Shooting with quadrocopter and statements about 55 thousands of grieving residents pseudo Republic pseudo-hero Givi (really caught a lot less people) need to convince the reluctance ORDO to return to the Ukrainian family.

The Donbas residents themselves say that, indeed, many — or even most — are tired of war on the citizens all the same at whom to live: the Russian occupiers or the legitimate Ukrainian authorities — not fired and returned to civilization, worked as banks were able to travel freely without checkpoints and attacks. My interlocutor from the Donetsk admits that “indifferent” can be a lot, calling the figure of 700 thousand people out of a million theoretically eligible to vote. Even in such a situation 55 thousand clearly Pro-Russian residents ORDO is only 18%. And again the question: what about the rights of other citizens of Ukraine who live there?!

It is not necessary to forget that 70% who don’t care who will belong to an occupied territory, many have realized that life in the unrecognized quasi-governmental education is not sugar and has no prospects. What’s the point they legitimize the Kremlin bandits under the brand “DNI”? They also ignore elections without elections.

The figures — it is not sociology. In the occupation does not conduct polls. No one will answer frankly if Pro-Ukrainian a wrong answer carries a penalty. It is a reflection of the inhabitant of Donetsk, all the years of occupation in the city. This cry from the heart to the Ukraine to prevent Putin armed the minority, based on Russian bayonets, finally decided the fate of ORDA.

It is no secret that in the occupied parts of Donetsk and Lugansk regions do there are many Pro-Russian citizens, but that they do not become more important than the Ukrainians who want to live in the country. Russian machine does not give them this privilege.