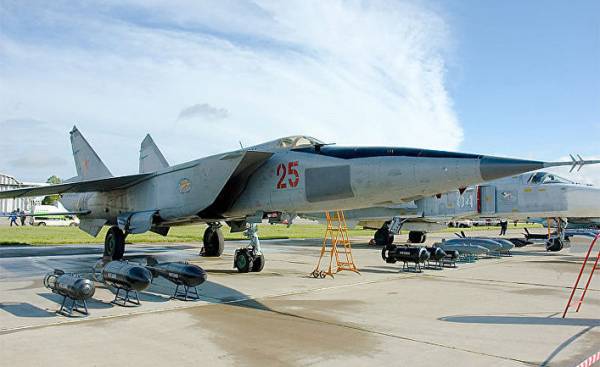 The MiG-25 was created to fight against the never existed bomber, but Vocalise fear they had helped to accelerate the development of one of the most remarkable fighters in the world. The MiG-25 was the basis for the MiG-31, which is still part of the Russian air force and which will continue to fly in the foreseeable future. However, a small number of existing MiG-25 used in circumstances which could not imagine its designers, and that usually comes with very limited effectiveness. The MiG-25 was designed to perform a specific task, and so he never had the flexibility to adapt to a changing strategic context.

In the late 1960-ies in the USSR was first shown the plane, which, it seemed, could claim to be the most lethal fighter in the world. The MiG-25 (“Foxbat” (the Bat) is the codification of NATO) in air was superior to all existing fighter — he is, in fact, not inferior to any military aircraft besides the SR-71 Blackbird.

Not having a very unattractive name, awesome view and some excellent performance, the MiG-25 was rightfully claimed to become the world champion. He had an extremely high rate of speed was able to reach great heights and could carry a significant bomb load — it seemed that the MiG-25 will effectively fulfil its role on the Central front, and to defend Soviet air space from American penetration. Along with lessons learned with regard to the use in Vietnam of the third generation fighters, the MiG-25 has helped to spur the process of innovation in America and contributed to the creation of the F-15 Eagle.

However, the MiG-25 did not meet associated with them hopes. Deficiencies in the design, manufacturing problems, as well as the disappearance of key aspects from the number of anticipated task — all this meant that he was unable seriously to compete on quality with the best fighters of his time, and cost with the MiG-21. Despite its amazing capabilities, the MiG-25 is almost not present in the global Arsenal of the air force.

The Emergence Of The MiG-25

The MiG-25 was to become the Soviet Union’s response to the need to protect its airspace from able to achieve greater heights of American bombers. The most famous among them was the B-58 Hustler. The bomber, a speed which reached Mach 2, was adopted in 1960, but on the horizon loomed the B-70 Valkyrie, a futuristic bomber, capable of penetrating Soviet airspace at Mach 3. The MiG-25 was armed with rockets of distant radius of action. In addition, he had a large radar, and powerful engines, and this meant that, by design of the Soviet designers, he was to intercept and destroy these high-speed bombers.

The MiG-25 began to come into service in 1970 (the same year it discontinued the use of bombers, the B-58 and B-70 was decommissioned eight years before), and the last instance created left the Assembly hall in 1984. In total, the Soviet Union produced 1186 MiG-25, and most of them were used in the USSR. The Soviet Union passed a license their production to other countries, and the Chinese he is not particularly bothered, and so they made no special effort to copy it.

Of course, the Soviet anti-aircraft missiles, eventually forced the American bombers to go high altitude and to fly at low altitude. In addition, carried out the modernization of bombers B-52 Stratofortress, and changed the defense system. The MiG-25 had no radar to detect and engage targets in the lower hemisphere (the Soviets have a similar opportunity will appear only in 1980-ies), and therefore it was necessary to try to use its capabilities as an interceptor in the application of new tactics. Actually, the MiG-25 was used primarily for the prosecution of reconnaissance aircraft, including the SR-71.

The capabilities of the MiG-25 simply amazing and continue to amaze. Speed in cruise mode up to Max of 2.83, but he is able to exceed Mach 3, if no one was concerned about the possibility of destruction of the engines. When it was used in the role of interceptor aircraft and to win superiority in the air, his arms were missiles air-air R-40, whose range was 80 miles. He could reach a height of 20 thousand feet. The MiG-25, designed for reconnaissance, had on Board modern electronic and photographic equipment, and the ceiling was even higher. A small number of MiG-25 was prepared for the bomb while flying at high speed.

This kind of indicators caused fear among Western analysts, who had little information about how to behave in a MiG-25 in combat. The MiG-25 (and also set numerous records for speed and altitude) contributed to the adoption of decisions regarding the development in the United States tactical fighter, which eventually led to the creation of the F-15 Eagle. After Soviet pilot-the deserter in 1976, planted in Japan, the new MiG-25, American engineers got a better idea about the characteristics of this fighter.

They found that the MiG-25 had problems. Limitations that existed in the Soviet industrial sector, are the reason that it is heavier than their Western competitors. He bad maneuvered at high speeds, and poorly managed at low altitudes. His radar had limited possibilities in terms of conventional air combat compared to fighters of the enemy, and problems with the management at low altitudes meant that he will never show good results when conducting such operations. These shortcomings would be forgivable if the MiG-25 has ever fulfilled the role of the interceptor at high altitudes, however, it was used mainly for entirely different purposes.

In combat the MiG-25 had limited success. In 1971, a MiG-25 that took off from airfield in Egypt, turned on the afterburner and was able to leave several Israeli fighter at speeds in excess of Mach 3, although its engines failed completely. In the course of the war in Lebanon, Israeli fighter planes shot down several Syrian MiG-25. During the Syrian civil war were in the desperate condition of the Syrian air force were forced to use the MiG-25 to support ground troops, and once missiles air-to-air was used to destroy ground targets.

Iraq actively used the MiG-25 during the Iran-Iraq war, and its military claim that they shot down an unspecified number of Iranian planes with equally uncertain of their own losses. According to reports, the MiG-25 suffered from an Iranian F-14, but battled back to a less modern aircraft. The Iraqis say that the MiG-25 need to record the last two us aircraft lost in aerial combat. At the beginning of the Gulf war a MiG-25 brought down an F/a-18, a pilot of which was Scott Speicher’s (Scott Speicher) (several MiG-25 was shot down by American fighters).

In 2002, the U.S. air force has set a trap for one of the MiG-25 pilot who used the tremendous speed of this interceptor to destroy a us drone in the Northern no-fly zone. Engineers temporarily equipped the UAV Predator missile air-to-air to first lure and then destroy the MiG-25. Developed plan failed, and the MiG-25 destroyed the drone with a missile air-to-air.

Unlike its older cousin, the MiG-21 in service continues to be a very small number of MiG-25. Most of them are in the air force Algerian air force Syrian Arab Republic, although, as you say, the MiG-25 returned to service in Libya. Almost all aircraft the MiG-25 was decommissioned after the collapse of the Soviet Union, with only a small number was used for some time in the state that came to replace him. The Iraqi MiG-25, was mainly destroyed during the war in the (Persian) Gulf, and the remaining — during the operation “desert Storm”.

In the Soviet Union on the basis of the MiG-25 was created the MiG-31 Foxhound (Fox hound), which already had many of the shortcomings of its predecessor, but retained the dignity of the original. The MiG-31 equipped with radar detection and destruction of targets in the lower hemisphere, allowing it in combat conditions to detect and destroy flying at low altitude bombers and cruise missiles.

The MiG-25 was created to fight against the never existed bomber, but Vocalise fear they had helped to accelerate the development of one of the most remarkable fighters in the world. The MiG-25 was the basis for the MiG-31, which is still part of the Russian air force and which will continue to fly in the foreseeable future. However, a small number of existing MiG-25 used in circumstances which could not imagine its designers, and that usually comes with very limited effectiveness. The MiG-25 was designed to perform a specific task, and so he never had the flexibility to adapt to a changing strategic context. 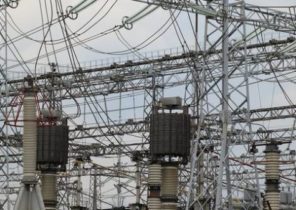