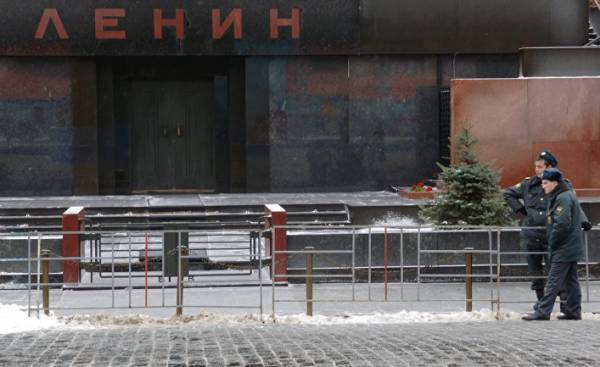 Lenin should be bathed every two years. The majority of the population is in favour of the burial of Lenin’s body, but do not rush, writes the correspondent of the Helsingin Sanomat in Moscow Pekka Hakala (Hakala Pekka).

Laconic security service of the Russian leadership, the FSO has published last week a message: “next Thursday the Lenin mausoleum on red square is closed for two months”.

During this period, the Mausoleum will be “undergoing routine maintenance work”.

The embalmed body of the first Chairman of the CPC and the leader of the revolution Vladimir Ilyich Ulyanov, that is, Lenin is in a glass sarcophagus is 93 years old.

For the condition of Lenin’s body responds all-Russian research Institute of medicinal and aromatic plants VILAR. State its predecessor the Soviet era was the best years of 200 employees. Now the work of the “Lenin laboratory” provides half a dozen leading experts.

Anthropologist, Professor at the University of California at Berkeley Alexei Yurchak better than anyone outside the Kremlin familiar with this issue. In his opinion, the experts involved in the embalming of Lenin’s body, from the outset faced with great challenges, since the opening of the body part of the circulatory system was removed.

Thus, the blood vessels could not be used as channels for preservatives, and they are entered via injection. In addition, the body was placed in preservative solution and put in a two-layer rubber suit. This suit, according to Archaka, is still under a solid gray suit Lenin. This system of embalming requires immersion in liquid every second year. Indeed, the recent closure of the Mausoleum for maintenance work was in 2015.

Chemical components is constantly updated. Currently used solution of glycerol, formaldehyde, potassium acetate, alcohol, hydrogen peroxide, acetic acid and sodium acetate (E 262). But it was not enough: the false eyelashes provided at the very beginning, later the skin, at least on his feet, replaced with artificial. The nose and face, for example, the subcutaneous fat layer was replaced with a plastic wax, consisting of paraffin, glycerol and carotene.

VILAR shared their knowledge with Vietnam and North Korea, but this market is not so big. Usually the beauty of the body matters a very short time. The notion of “imperishability” in the Orthodox and Catholic doctrine is not connected with the aesthetic beauty.

In other words, Lenin is not the real Saint, and a relic of a bygone propaganda, an empty shell of empty speeches.

In accordance with the polls, most Russians still believes Lenin was a good guy, and the image of Lenin still exists in the state. Almost every city in the end of every street Lenin square of Lenin in the center of which a monument to Lenin.

The biggest head of Lenin is in Ulan-Ude. But Lenin is also the most significant export item for the Soviet brand. Most likely, in some Finnish homes still stands the familiar plaster head, supporting the literature of dialectical materialism.

Despite this, a clear majority of the Russian population throughout the post-Soviet time supported the idea of burying Lenin. However, most often they say that you should not hurry: first you have to bury a generation that truly loves Lenin.

“Do not annoy the grandmothers” − that line of internal policy of the Kremlin. 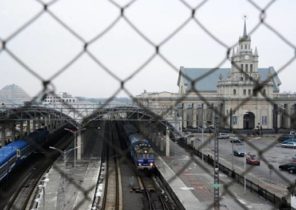